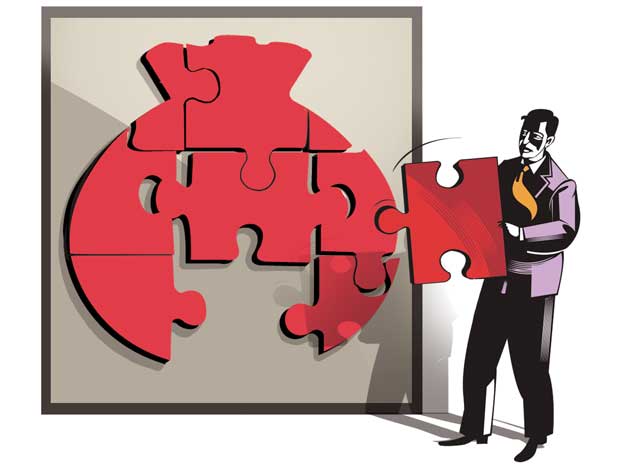 Maruti Suzuki India, India's largest car maker, chairman R C Bhargava, at the company's 35th Annual General Body Meeting (AGM) held recently, said that the request by shareholders for a stock split will be put before the company's Board for consideration.

Bhargava was responding to a query from one of the shareholders, who raised concern that small retail investors could not afford to buy the company's shares after a sharp surge in its market price.

In past three years, Maruti has appreciated a whopping 302%, as compared to 44% rise in the S&P BSE Sensex. The stock hit a lifetime high of Rs 5,630 last week, appreciating nearly 74% since March, against 25% rise in the benchmark index.

"Stock splits usually happen in a bull market as many promoters also want to retain the wealth created by the secondary market. Giving out bonuses and splits is just another way of creating wealth in the hands of the shareholders. A split will help the Maruti Suzuki consistently grow its market capitalisation (market-cap) given that the company is going well fundamentally," says G. Chokkalingam, founder & managing director, Equinomics Research & Advisory.

In past two-months, total 27 companies including Bajaj Finance, Grasim Industries, 8K Miles Software Services and Karur Vysya Bank have approved the sub-division of the face value of equity shares to lower denominations following a sharp run in prices.

By comparison, 48 companies had announced the stock split during first six months (April-September) in FY16. In the current calendar year 2016 (CY16), 65 companies have announced stock split, as against 68 in the corresponding period in CY15.

A stock split is a decision by the company's board to increase the number of shares that are outstanding by issuing more shares to current shareholders. The primary motive is to make shares seem more affordable to small investors even though the underlying value of the company has not changed.

For instance, Bajaj Finance recently sub-divided its equity shares with face value of Rs 10 each into equity shares with a face value of Rs 2 each. The non-banking finance company also issued bonus shares in the ratio of 1:1. The stock has appreciated by 90% from Rs 593 on February 29, 2016 to Rs 1,127 on Friday. According to the company, the rationale behind the sub-division was to improve liquidity and also make them affordable to the small investors.

Though a split makes the stock more affordable for the investors, experts say investors should also look at the company's fundamentals before putting in their hard earned money. They must look at a proportionate growth in the bottom-line of the company before investing in such stocks, analysts suggest.

"What really creates wealth for the shareholders are not bonuses and splits, per se. A split or bonus with a consistent growth in the bottom-line is what investors should look at before investing in such counters," Chokkalingam adds.