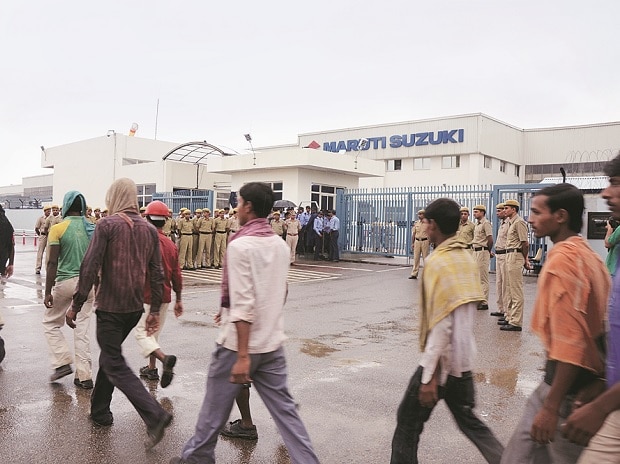 The quantum of punishment for violence at the company’s Manesar plant in August 2012 will be decided on March 18, during the next hearing

A court in Gurgaon on Friday convicted 31 employees of Maruti Suzuki India Ltd (MSIL), including 13 on charges of murder, for the violence at the company's Maneser plant in August 2012.

The court sentenced 13 employees, holding top posts in MSIL workers' union, on charges of murder and attempt to murder besides rioting and other related offences.

The other 18 were convicted on charges of rioting, trespassing, causing hurt and other related offences under Indian Penal Code sections.

The quantum of punishment will be decided on March 18 during the next hearing, defence counsel Rajendra Pathak told PTI.

The violence on August 18, 2012 broke out over wage issues when a group of employees allegedly torched a section of MSIL facility which claimed the life of Dev, a resident of South Delhi's Malviya Nagar.

A total of 148 workers were arrested and charged with the murder of Dev, a resident of South Delhi's Malviya Nagar.

More than 100 other employees, including some foreign nationals, suffered injuries.

Assembly of more than five people has also been prohibited in the 500 metres radius of MSIL plant and Gurgaon court.

ALSO READ: The struggle is still on: Life after Maruti's Manesar factory clash


ALSO READ: Meet the former Maruti workers who were released after 2.5 yrs in jail