300% rise in one year! The Gurgaon firm promoter who became a billionaire 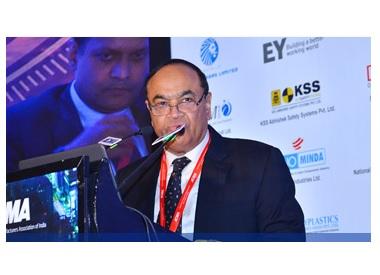 Three hundred per cent returns in the past one year? Yes, this is the wealth Gurgaon-headquartered auto component maker Minda Industries created for its shareholders. The surge, higher than almost every peer, has also made the company's promoter Nirmal K Minda a billionaire with shares worth $1.22 billion (Rs 78 billion).


Incidentally, sixty-year-old Minda is a year younger to the business, which was founded by his father Shadi Lal Minda in 1958. The one-plant unit was catering to the aftermarket and it gradually found customers such as Hindustan Motors, Fiat, Ashok Leyland, and Bajaj Auto. The annual business revenue was around Rs 0.7 million, recalls Minda, the company's chairman and managing director.


Minda joined his father's business at the age of seventeen, in 1974. He started visiting automakers and the aftermarket and found that his company's products had technological gaps. "We had a plant in Delhi's Kamla Nagar. It was small and operators also played the role of managers. Hindustan Motors had launched Contessa and Fiat was active. We needed to improve," he said.


In the late 1970s, the family started roping in technical professionals. The company was also getting ready to cater to the Hero Honda joint-venture formed in 1984. There was a push towards turning more professional in business. In the mid-80s, Minda's younger brother Ashok also came on board. By then, the company specialised in automotive switches. 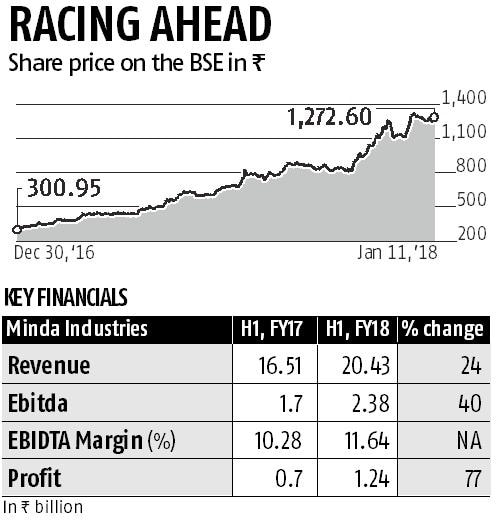 The turning point came when Maruti started rolling out the iconic 800 car in 1983. Minda was one of the suppliers and it supplied various switches for the car. "There were some quality issues due to the technological gaps," Minda said. The company turned to Maruti for help in improving the switch business by finding it a Japanese partner. The Minda Group got a positive response from Japan's Tokai Rika (a component maker of Toyota Group) and there was a technical collaboration in 1992. Three years later, the two entities formed a joint-venture in India.

R C Bhargava, now chairman at Maruti Suzuki, was then its managing director. Minda was recommended for a two-month shop floor training in Japan. "Maruti was a key catalyst and it nurtured many component makers," added Minda.


More than anything, the stint in Japan taught Minda the value of systems and processes in manufacturing. It was enlightenment for him. "Upon my return, my focus was to make Minda a system-driven company. We worked on people development and training. Manuals were made," he said. The two brothers parted in 1996. Nirmal got the switch business and Ashok got the locks business. Today, Ashok runs Minda Corporation, a component maker with an annual revenue of Rs 30 billion and a market cap of Rs 44 billion.


Nirmal's Minda Industries is comparatively bigger. The listed entity had consolidated revenue of Rs 35 billion and a profit of Rs 1.73 billion. But along with Minda's personal stake in a number of joint-ventures, the group revenue last year was about Rs 56 billion. With its 52 domestic manufacturing locations, there is hardly any automaker in the country that is not a part of Minda's customer base.


After 1995, Minda went on to ink a series of joint-ventures with companies from Japan and Taiwan and expanded its product portfolio. Minda said that relationship with buyers used to play a key role in growing the component business about two decades ago. "Relationship remains important today but only quality and cost determine the order book," he added.


Switches now form a bulk (28 per cent) of the company's revenue, followed by lamps and horns. The company is present in other components such as alloy wheels and seat belts, among other things. Maruti Suzuki happens to be its single largest customer and accounts for about 22 per cent of its revenues. Other major customers are Honda Motorcycle and Scooter, Toyota, and Bajaj Auto.


"Our reliance on a single customer is not high. Our product mix allows us to have vehicle makers across segments as our customers," said Minda, whose firm employs 15,000 people. The company wants to only operate in components where it is one of the top three players. It is the largest player in automotive switches, the second biggest in automotive horns and third biggest in lightning. "You get squeezed when you are at the fifth or sixth position," Minda added.


Minda said the company is racing towards Rs 100 billion in revenue by 2020. In FY18, the revenue is expected to be at Rs 45 billion for the listed entity and another Rs 25 billion from other group entities. The Ebitda (Earnings before interest, taxes, depreciation, and amortisation) margin of the listed entity has improved to 11.64 per cent in the first half of this year against 10.28 per cent in the previous year. Its profit has surged 78 per cent to Rs 1.24 billion.


Meanwhile, it is undertaking a consolidation exercise. Minda Industries is purchasing the promoters' stake in different companies at a price closer to the book value. These stakes have been valued at four-five times the price to earnings ratio. "A reasonable upside is being left for minority shareholders in the consolidation exercise," said a company executive. The exercise, expected to be over by March this year, will help Minda Industries clock revenue of Rs 56 billion in FY19.


Minda gets less than one-fifth of its revenue from overseas operations with its six plants. "We want to move the international revenue to one-third and that will come through acquisitions or joint-ventures. We have not been very aggressive there and will only do acquisition when we can add value and where we enjoy synergies. Only topline growth is not the idea."


Back in India, the automobile industry is undergoing a phase of regulatory challenges. Electric vehicles have emerged as a disruption. "We are fortunate that none of our parts, except the air cleaner, are getting disturbed as electric vehicles become prominent. Many regulations are quite advantageous to us. When BS-VI emission norms kick in from 2020, we will have many opportunities to supply sensors for engines. Safety norms like airbag will increase demand for seat belt sensors. Reverse parking systems and increased use of telematics will increase our content per vehicle," claimed Minda.


Nirmal Minda wants to remain active in business. "If health permits, I will continue for next five years. When I am not able to add value to the organisation, I will withdraw," he said.