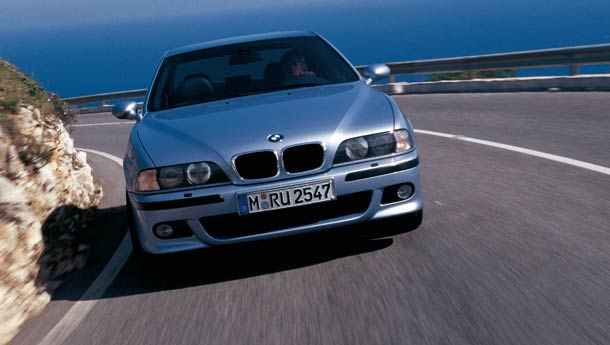 1. BMW M5: It's been 25 years since the E28 left the first trail of burnt rubber on European tarmac. Who would have thought that one day, a manufacturer would take a supercar engine and plonk it in a humble saloon, tweak the suspension and steering and develop a car that would become a thing of legends. The Audi RS6, various versions of the E-Class AMGs, the Cadillac CTS-V and what have you, owe their existence to the M5. I wish I could have spent my time in Garching and Munich last week, where BMW were celebrating 25 years of this fabled sports saloon. After all, my love affair with the M5 began 11 years ago when the December 1998 issue of Car & Bike International carried the very same image on the cover as you see above. So even though I missed the flight this time, I hope to join in for the 30th anniversary celebrations.

2 VW Jetta: I write this column just hours after we handed over our long-term Jetta 1.9 TDI to the nice lady at Volkswagen India's Corp Comm. It was a difficult affair, frankly, just like it was difficult handing over the Mahindra Renault Logan 1.5 DLS and Suzuki Swift VDi. Find a common link? Well, they are all diesels and reasonably quick ones at that. The Swift became the car whose keys everyone fought for, just because it was nimble, quick and unbelievably efficient (how does 15 kpl in Mumbai at the hands of rev-happy auto journos sound?). And so, it automatically became the favourite car with our snappers, who generally love anything with a hatch. The Logan was hounded by Pablo, who only complained that it didn't have an MP3 player. Otherwise it went about its job without a fuss - whether it was Bihar, Goa or Pune. The Jetta diesel slipped into the same role very easily - as a great support car. Its combination of road dynamics, pace, space and grace was just irresistible. It would keep up with more powerful D-segment cars very easily on the highways and in the city it was doddle, thanks to its dual clutch gearbox. The only car left to fill into its shoes is the Mahindra Xylo, which, though spacious, isn't just in the same league as the other three mentioned here. There's only so much of a good run after all.

3. Facebook: Yup, it's not "Motoring" related, but I have to admit, I'm completely hooked to Mafia Wars. Some like their Farmville or Poker and even though I might come across as someone in need of some "wonder maturity drug", I can't help but play the game every other day. Right now, I'm somewhere between becoming a lord in Cuba and holding on to my assets in New York. And it feels great to have around $150 million in my account and a few hundred cars and bikes. Any other fellow Mafia Wars fans here?

4. BMW Z4: So I finally managed to lay my hands on the Z4 two weeks ago (read the review in the December issue of Motoring) and while the car is competent in a lot of aspects, something actually caught my attention. The dual-clutch transmission's paddleshifts that use the pull up to upshift and thumb back to shift down pattern on either side of the steering have not been well accepted by the motoring press at large. In fact, when I first tried it on the X6 a couple of months ago, I thought the same too. But this time, instead of just driving on the plains, I used a nice hill section to try out the Z4's capabilities with lovely hair pin bends and lots of S-bends. I had the most fun coming down hill though, where I could stay on or off the power with ease. Something to do with those paddleshifts? Yes, in fact it was so much easier because your reflex actions allowed you to use one set for downshifts and the other for upshifts in no time. Also as your move to turn the steering into the corner, it gives you more flexibility to downshift once again, if you want to attack the corner even more aggressively or dial in more engine braking. It also affords one more flexibility, especially those with the left-hand, right-brain way of doing things and because of its dual clutch nature keeps the next gear ready in any case.