Fresh Spy shots of the 2017 Audi Q5 have been spotted. Expected to be launched sometime next year, the car has been going through real-world tests in Spain. 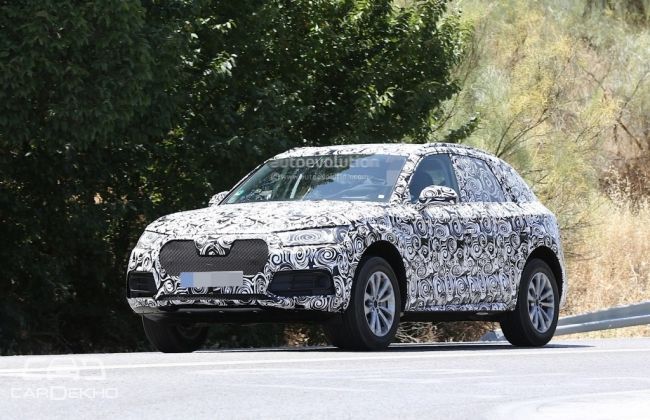 Even though the car is heavily disguised, the front fascia of the upcoming Audi Q5 seems to be inspired from its elder brother-The Q7. The Q5 seems to have evolved over its curvy and bulging design and is slipping into a more sharper looking futuristic design. Larger air intakes, new hexagonal front grill are amongst the major notable changes. The side profile remains majorly identical, whereas at the rear, major changes can be seen with a revised set of LED tail-lamps and a new bumper design. 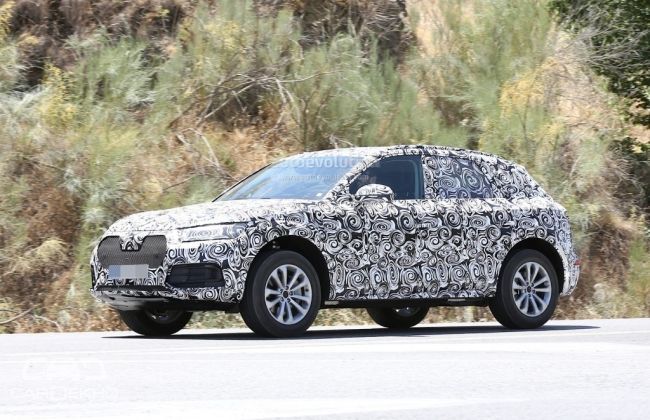 The Q5 will use the latest MLB platform, similar to the yet to be launched Q7 and the A4. So it is expected to be a bit more nimble on its toes by losing about 100 kg (220 lbs). The powertrain will also be similar to the new Audi A4 as well, meaning it will have four and six-cylinder diesel and petrol engines.

We can expect a high on features Q5 with Matrix-LED’s, Virtual Cockpit , latest Multi Media Interface, tablet-based rear entertainment system. With the emission norms getting stricter every year, we can also expect a four-wheel drive e-Tron plug-in hybrid to be included later in the line-up. 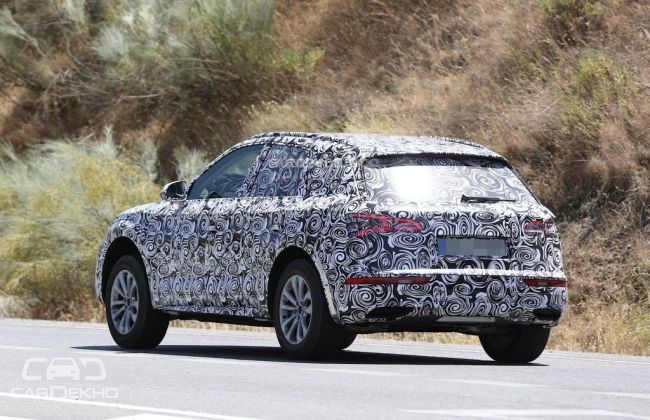 The forthcoming Audi Q5 will compete against the lights of the BMW X3 and the Mercedes-Benz GLC and can be expected to be launched in India by the end of 2016 or early 2017.