Honda has showcased subtly spruced-up 10th generation Civic sedan at the ongoing SEMA Show (Specialty Equipment Market Association) in Las Vegas, USA. The 10th gen vehicle was revealed as a concept version at the 2015 New York Auto Show in April while production-spec sedan was revealed in September in US only. At the ongoing SEMA show, like the rest, the Japanese automaker is also showcasing kitted out 2016 Civic Sedan.

Speaking of the kits company is showcasing at the SEMA, the vehicle features front and rear bumper extensions along with side skirts. It is riding on new 17-inch dual-tone machined alloys. It also sports small boot-lid spoiler featuring the third brake light along with enhancements. These along with full range of accessories will be available at the North American dealerships once the vehicle arrives later this month. 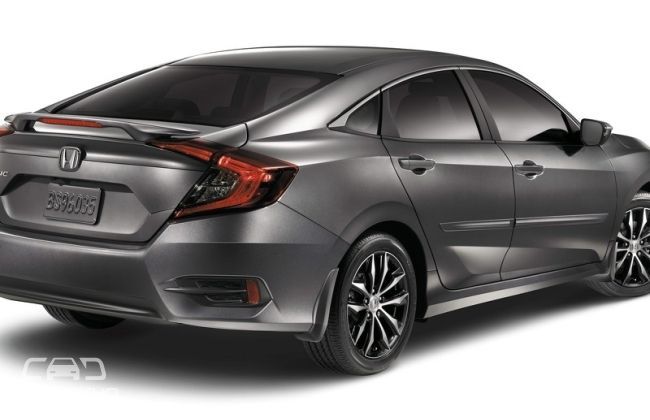 Adding more on the Civic, when the sedan was unveiled in North America, the automaker revealed that the vehicle will be powered by a new 1.5-liter Turbo VTEC. However, in a recent announcement from Honda’s European wing, it will also get the 1.0-liter Turbo VTEC. These engines are from the Honda’s new Turbo VTEC family which debuted this year with the third-gen Civic Type R - 2.0-liter Turbo VTEC in Europe.