Hyundai unveiled the Santa Fe facelift at last year’s Frankfurt Motor Show. The SUV has been revamped from head to toe in order to face some fresh competition. Hyundai after unveiling it internationally will now be showcasing the new Santa Fe in one of the largest markets of the world. Yes, the upcoming Auto Expo in India is the next destination of this SUV and will join other cars such as Tucson and a under 4-meter SUV.

Talking about the alterations, 2016 Hyundai Santa Fe will feature chrome finished hexagonal grille, the one which we have seen recently in some of its new cars. The headlamp cluster now incorporates xenon projector lamps while the LED daytime running lights will be seen just above the foglamps, which have been enclosed in silver outline. A new set of alloys and fresh LED graphic on the rear taillamps are some of the other notable changes. 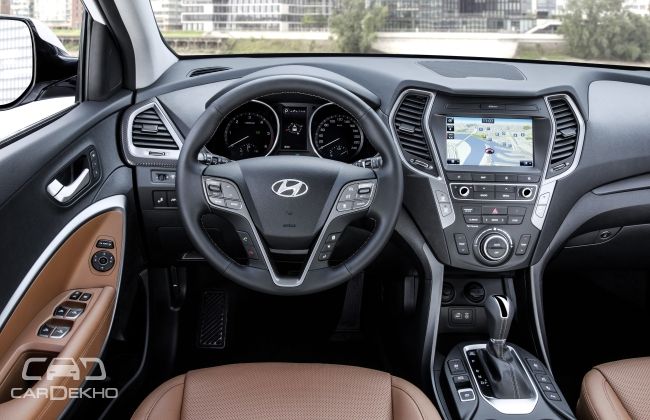 Interiors of Santa Fe is now more premium with the inclusion of touchscreen AVN system, powered by Inifnity Premium sound and DAB digital radio. The stereo system also gets 12 speakers which are capable of generating 630 watts. The SUV has been bestowed with the sliding and adjustable second row seat for more comfort of the rear passengers. Apart from this, the car gets a host of safety features that goes well with Hyundai’s global safety philosophy. The new features include autonomous emergency braking alert, advanced cruise control and a 360 degree camera for detecting approaching vehicles, blind spot and predicting imminent collision.

Under the hood, new Santa Fe is powered by 2.2 litre CRDi diesel motor that has been tweaked to produce 200bhp and 440Nm of peak torque. The petrol unit will be tuned Theta II 2.4 litre mill that generates 187bhp and 241Nm of max torque. The powermills are mated to standard 6-speed manual transmission while there is also an option of 6-speed automatic gearbox. The new Santa Fe will be pitted against Ford Endeavour 2016 and Toyota Fortuner. 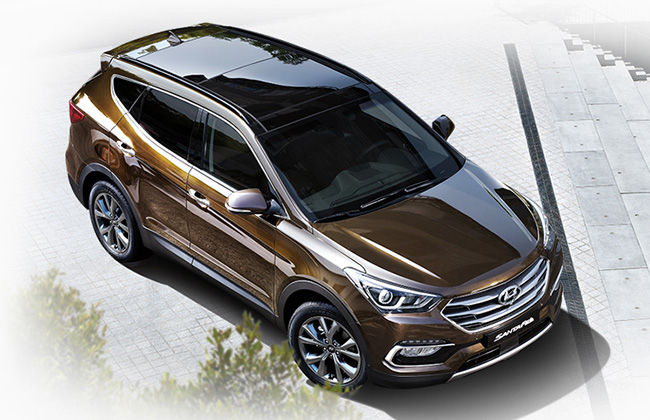 Hyundai Tucson to be Revealed at Auto Expo 2016