General Motors India has launched the 2016 Chevrolet Cruze at Rs. 14.68 Lacs (ex-showroom Delhi). Cosmetic changes on the 2016 Chevrolet Cruze include a new front grille with curved edges. New LED daytime running lights have been placed on the chrome fog lamp surround whereas the headlights remain unchanged. New skirts have been added to the front bumper and an integrated spoiler has also been added to the boot. 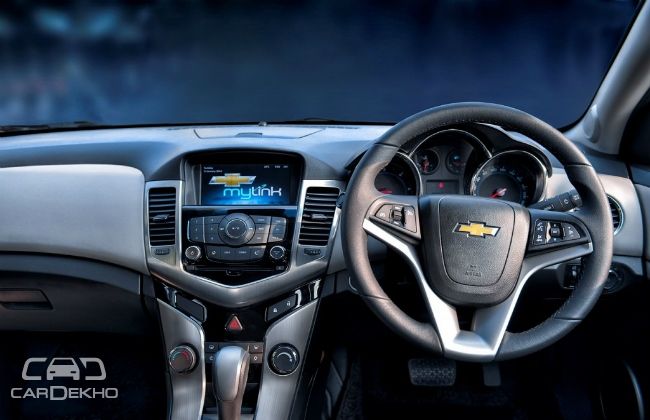 Mechanically, the 2016 Cruze remains unchanged with the 2.0-litre VCDi diesel engine that produces 166 PS of power along with 380Nm of torque. It will still be offered with a 6-speed manual and a 6-speed automatic gearbox. According to Chevrolet, the automatic variant of the new Cruze delivers 14.81kmpl whereas the manual variant returns 17.9kmpl.

Speaking about the 2016 Chevrolet Cruze, Kaher Kazem, President and Managing Director, General Motors India said, “The Chevrolet Cruze 2016 redefines the premium executive sedan with striking new styling and added features along with the most powerful diesel engine in its segment. Since its launch, Cruze continues to be one of the largest-selling Chevrolet nameplates selling over 3.5 million units globally. The refreshed style and design structure of the new Cruze leaves a lasting impression with its bold and dynamic form, aggressive stance and connectivity that adds enhanced convenience for our customers”.