Post its unveiling at the Beijing Auto Show in April, Volkswagen has now surfaced the new details and specifications of the refreshed 2015 Touareg SUV.

The 2015 Touareg now sport a redesigned front and rear. The most prominent change on the front comes in the from of Bi-xenon headlights and a bit of chrome garnishing, while the rear witnesses the use of new lamps. Volkswagen has also updated the range of colours, that now comprises of Reef Blue Metallic, Sand Gold Metallic, Black Oak Brown Metallic and Moonlight Blue Pearl Effect. 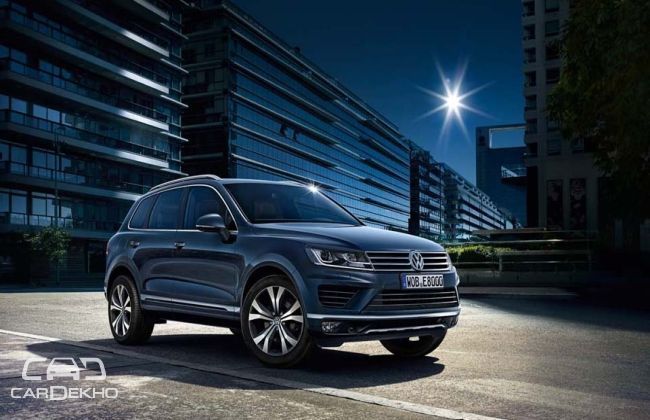 Except some minor tweaks, the cabin of the refreshed SUV remains identical to the predecessor. All buttons and switches are now illuminated in white color, replacing the darker red shade as before. The range of interior colours and styles of leather has been extended, plus two new wood trims, namely Sapelli Mahogany and Engineered Ebony, has also been introduced. 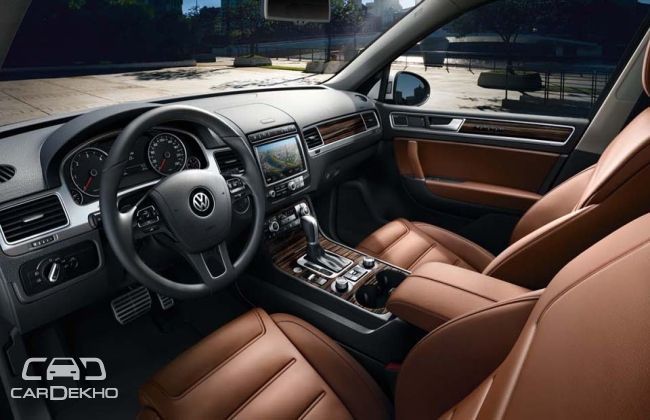 Under the hood, the old 3.0 TDI with 245 bhp has now been replaced with a new 3.0-liter TDI V6, rated at 262 bhp. The average fuel consumption has also improved in comparison to the former, it now varies between 7.2-litre per 100 km to 6.6-litre per 100 km, when coupled with an eight-speed autobox. Its CO2 emissions are now rated at 174 grams per kilometer. The new V6 diesel unit is now Euro 6-compliant, courtesy a new catalytic convertor. It is also equipped with a coasting feature, that disconnects the engine from the gearbox when acceleration is not required, thus resulting in better fuel efficiency. 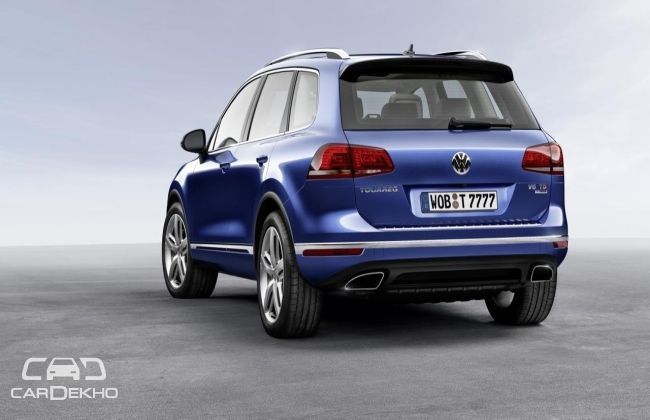