Datsun has officially revealed their first crossover concept - GO Cross at the on-going Tokyo Motor Show. Although it is revealed in Japan, this vehicle will be launched in India too, along with other Asian countries. As it is based on the GO+, a launch can be expected at the upcoming 2016 Indian Auto Expo in February. Speaking of its prices first, expect it to be slightly pricier than the GO and GO+. 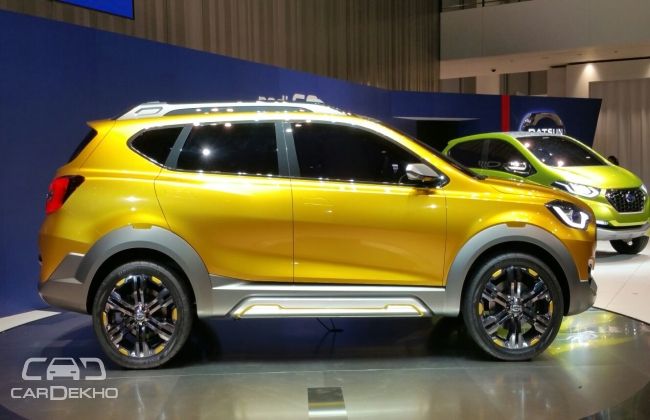 Datsun has not detailed the crossover as of n, however, it looks like a beefed-up version of the GO+ with a fresh new face and subtly altered rear. It is only the side profile, which reminds us of the GO+, on similar lines the way Honda did with the upcoming BR-V (Mobilio based compact crossover/SUV). 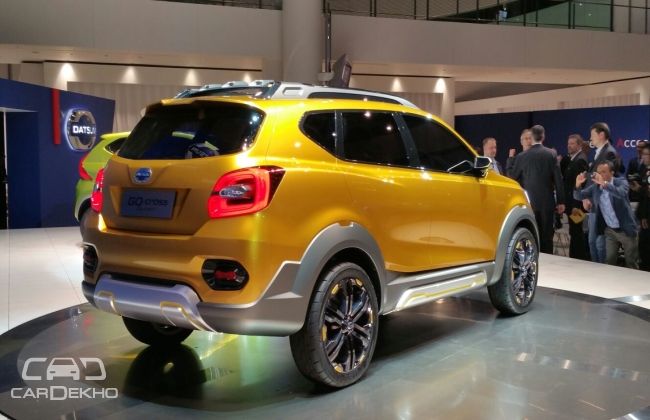 Starting with the front fascia, it features twin headlamps arranged like the pre-facelift Skoda Yeti, there’s this large inverted Datsun trapezoidal grille. Both front and rear bumpers are dual-tone with faux skid plates, the concept also sports all-around body cladding. Moreover, as it is a crossover, the ground clearance will be relatively more than the GO/GO+, the concept version also sits high above the ground. The wheels appear to be bigger than those of the GO/GO+’s 13-inchers. Mechanically, it is expected to carry the 1.2-liter 3-cylinder motor from the GO or it could feature an entirely new petrol motor. While there's a possibility that it may also borrow the Renault-Nissan’s 1.5-liter dCi diesel engine.

Alongside the new model, Datsun has also showcased the RediGo concept which made its world premiere at the 2014 Indian Auto Expo. At the time of Renault Kwid’s launch Carlos Ghosn CEO Renault-Nissan alliance said that RediGo will be launched next year, that is 2016, in India. Expect the production version to be revealed at the upcoming 2016 Indian Auto Expo. 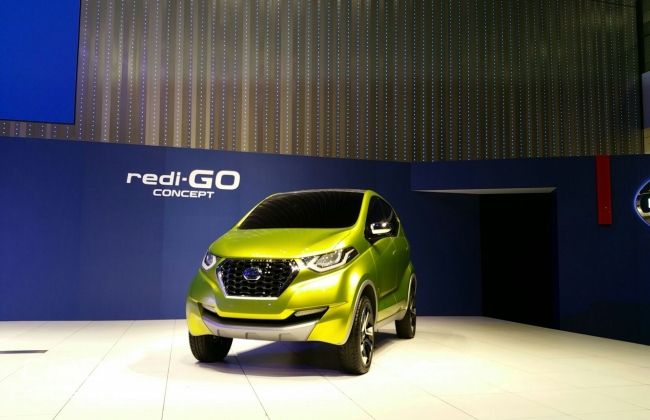 Mechanically, the RediGO is expected to be powered by the same 800 cc motor that is powering the Renault Kwid. The motor generates 54 PS @ 5678 and a max torque of 72 Nm @ 4386 rpm in the Kwid, and is mated to a 5-speed manual gearbox. Renault will be offering AMT transmission in the Kwid soon, expect RediGo to get the same AMT transmission as well.