2015 Tata Safari is Torquier than SUVs Twice its Price!

Hexa’s VARICOR 400 diesel that debuted in India with Safari Storme makes a colossal 400 Nm of torque beating Toyota Fortuner and is on par with Mitsubishi Pajero Sport. At the same time, it is way above its segment!

This might be sounding like a positive PR for the SUV, but it isn’t! In fact, Tata with the new Varicor 400 in the Safari Storme facelift has raised the game. The SUVs mentioned above are not even in Safari’s segment and costs twice than what Tata is charging for the Varicor 400 variant - Rs. 13.52 Lacs but still getting compared with it. This motor debuted with the Hexa concept at the 2015 Geneva Motor Show and production spec Hexa will borrow this same engine, and it is expected at the upcoming 2016 India Auto Expo. 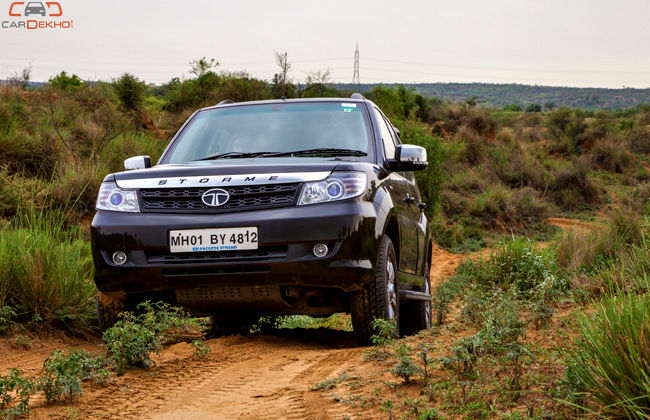 Another interesting bit is that all the expensive SUVs mentioned above offer the automatic option besides 5-speed manual, while Safari gets a new 6-Speed Manual with 4WD. Coming to the figures - Fortuner 2.5L  offers - 144 PS/ 343 Nm, Pajero Sport offers - 178 PS/ 400 Nm. While the Safari with new the engine offers - 156 PS/ 400 Nm at almost half the price.

The new engine can only be acquired with the top VX trim. The rest of the trims will continue to use the detuned version of this engine that debuted with the facelift earlier this year in June, mated to a 5-speed gearbox. Speaking of the facelift, priority was given to the improvement of aesthetics of the interior. Read in depth about the changes in the facelifted version.