After the facelift of Swift, Maruti is gearing up to release the updated version of Swift Dzire soon. The launch of the same is expected in coming weeks. In terms of changes in the Swift Dzire facelift, it would be similar to ones found in recently launched Swift hatchback. The compact sedan Dzire competes with Hyundai Xcent, Tata Zest, Honda Amaze and the soon to be launched 2015 Ford Figo compact sedan (The car was spied yesterday) 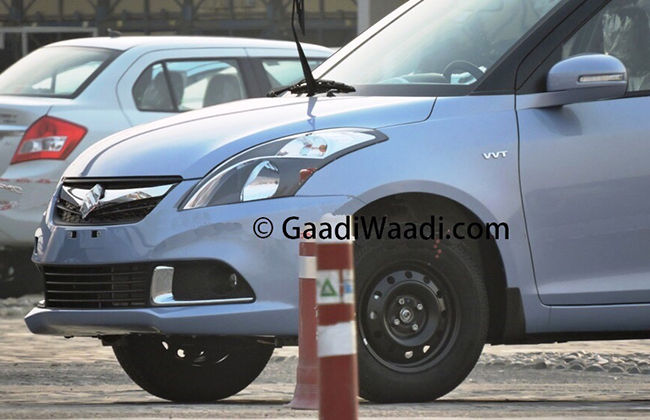 Talking about the changes, the front profile of the compact sedan has been spruced up and there’s lots of chrome compared to the on-going car. The grille now features a hefty chrome embellishment that is certainly mimicking the Honda Amaze’s grille. The new grille in Dzire is flanked by smoked headlamps. Moreover, the fog lamp housing also features a chrome applique. On the inside, expect push-button engine start stop, power foldable outside-rear-view-mirrors, Bluetooth enabled audio system and new upholstery amongst other. 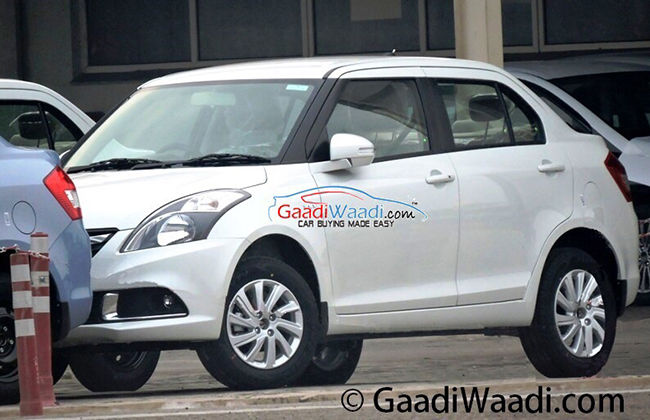 Mechanically, it will be remained unaltered but similar to that of Swift, the engines of the facelifted Dzire will be tuned to extract more kilometers per liter! Expect the petrol engine to be slightly de-tuned, producing 84.3 PS and 115 Nm of peak torque (at present Dzire produces 87 PS & 114 Nm). The similar spec motor in Swift gets certified economy of 20.4 kmpl. Speaking of the diesel, specs will be unaltered, the DDiS190 in Dzire facelift will generate 75 PS and 190 Nm, but on similar lines, the it will tuned to deliver more economy, close to 25 kmpl. 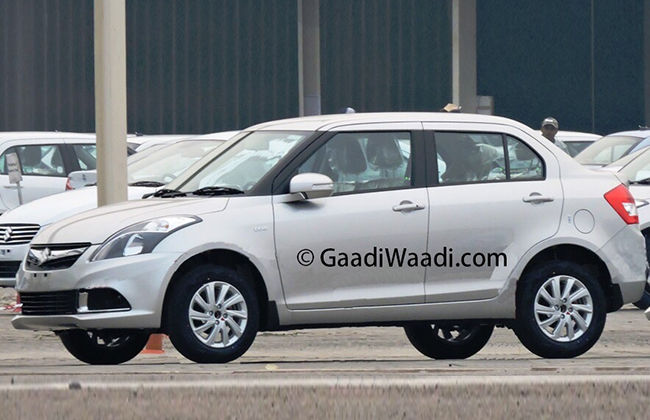