Honda is all set to launch the second generation of the Jazz in India on the 8th of July. However, it seems like dealerships have already begun receiving their allotment of cars. Eagle eyed reader ‘A.C’ spotted this new gen Jazz at a dealership. The pictures are of the petrol automatic variant, as evident from the i-Vtec badging and the gear lever. 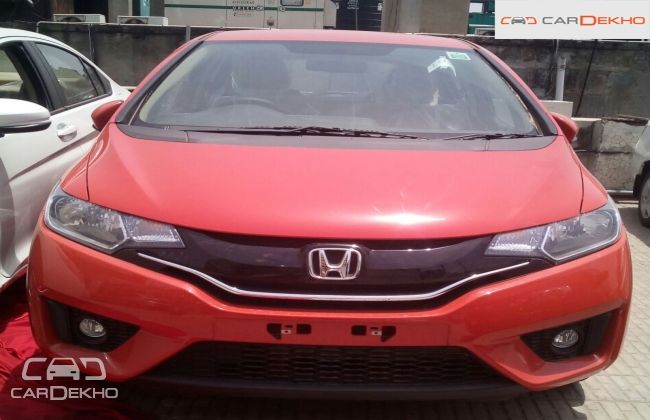 On the engine front, the petrol engine will be the same 1.2 litre unit as seen on the Brio and the Amaze. We expect the power and mileage figures to be relatively same. As for the diesel variant, the Jazz will be powered by the same 1.5 litre diesel mill that powers the City, Mobilio and the Amaze. With the diesel engine producing 100PS of power, the Jazz will definitely be a pocket rocket. 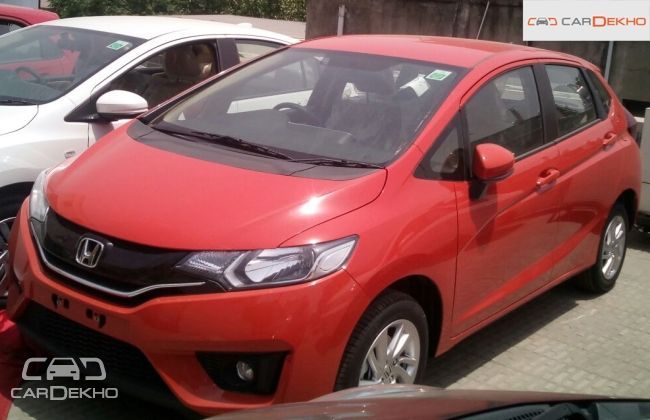 The new Jazz looks extremely upmarket now, following a similar design language as seen on the City. Upfront, there’s a nice thick black grille with chrome garnishing, swept back headlamps and honeycomb pattern on the lower airdam, flanked by trapezoids housing the foglamps. The side-profile maintains a distinct character line as seen in the City. The rear reminds us of the old Jazz except for the reflectors placed vertically on either side of the rear windscreen. The rear also features a thick chrome strip across the boot, rear wiper and defogger on the rear windscreen. 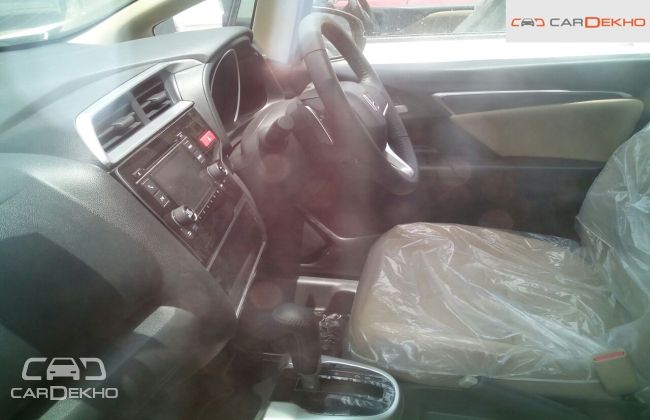 The interiors are primarily black, with beige inserts around the door pads and beige coloured seats. Also seen are subtle silver accents around the AC vents, the door pads and around the instrument cluster and steering wheel - which give it a classy look. The interior bears a lot of resemblance to that on the City and we can expect features such as the touchscreen for the climate control and touchscreen infotainment centre to trickle down to the Jazz from the City.

We reckon the Jazz would be priced anywhere between 5 and 5.5 lakhs for the base petrol variant, ex-showroom. It is key to note that the Jazz boasts of 90% localisation and Honda might just shock us by pricing it lower. The Jazz goes head to head with the Swift, the Elite i20 and the Polo. The Jazz had a rather forgettable last innings, let’s see if this fresh start is any better. 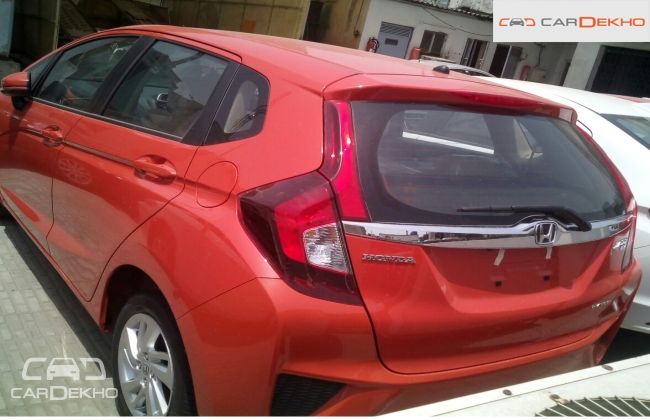