German car maker Audi will be bringing the next generation R8 in 2016, so the current model which made its way to the market in 2006, will be doing its duty for another year. Thus, Audi is offering various special features on the R8's 2015 model, one of which is a new performance package. 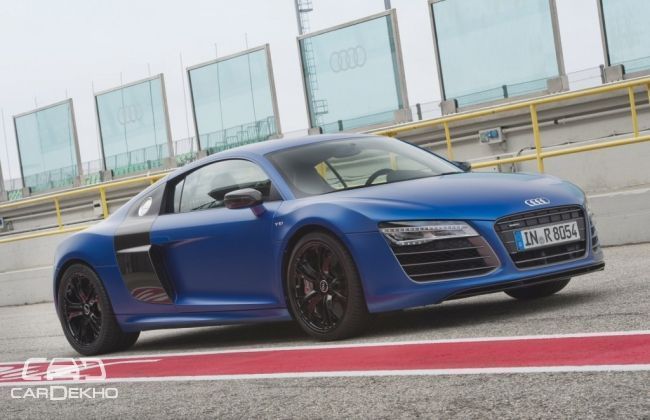 Though no specific details about the 2015 Audi R8 Limited Edition is out yet except for the fact that it is a performance package. But we expect the model to arrive with an uprated power specs, plus some upgrades to the suspension and braking setup. Furthermore, the 2015 Audi R8 model year comes with the new colour schemes, red brake calipers, a quilted leather package in silver as well as a new diamond-stitched Alcantara headliner. Additionally, the 2015 Audi R8 V10 offers the S-tronic, dual-clutch transmission, that will be available with a new sports exhaust system.

Mechanically, the car remains identical. As the base R8 still packs the same 4.2-liter V-8, pumping out 420 horses of power. While the R8 V10 gets a 5.2-liter V-10 engine good for 525 bhp, and top-of-the-line R8 V10 Plus offers a 550 bhp version of this engine. Both manual and the S-tronic dual-clutch gearboxes will be available with the units.