At the 2014 Delhi Motor Show, the Czech carmaker, Skoda has revealed the much-awaited 2014 Yeti facelift. The new Yeti was first showcased at the 2013 Frankfurt Motor Show. This model has already been launched in several countries across the globe. 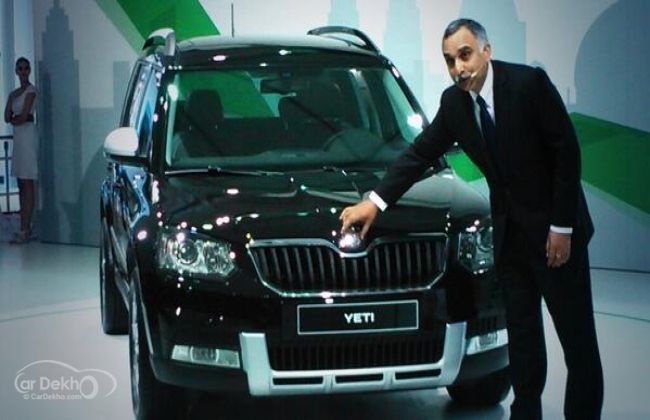 Two different variants of the facelifted Skoda Yeti displayed at the event- Yeti and Yeti Outdoor. The former has been designed to target the urban buyers, while the Yeti Outdoor, in contrast, directly targets the off-roading enthusiasts.

The facelifted Yeti comes equipped with features such as body-coloured bumpers, side protective mouldings and rear panels to offer a smoother, sleeker look. On the other hand, the Yeti for off-roaders gets the black plastic mouldings that perfectly suit with the SUV's rugged and adventurous image. The front facade of the new Yeti sports new headlamps, front bumper and revised bonnet design. It also features an updated grille and a new Skoda's family face. Additionally, the model sports new alloy wheel design and fresh interior design features such as new seat fabrics, decorative trim pieces and steering wheels.

The Yeti continue to be offered with two powertrain options. There will be no automatic version, both drivetrains will come with manual transmission only. The entry level Yeti gets the 1.6-litre, 4-cylinder TDI engine that churns out a maximum power output o 103bhp, while the top-of-the line variant is powered by a 2.0-litre TDI engine producing 168bhp. The Skoda Yeti for urban buyers will be made available with front-wheel drive, while the Outdoor feature both 2WD and 4WD drivetrain options.