Ford Motor Company has showcased three new modified concept versions of its highly popular EcoSport crossover SUV christened as – Beauty, Beast and Storm at the ongoing 2014 São Paulo Auto Show, Brazil. The Blue Oval company didn't reveal anything about these three concepts going for sale but stressed on the 'ability, versatility and customization possibilities' of the EcoSport. EcoSport Storm 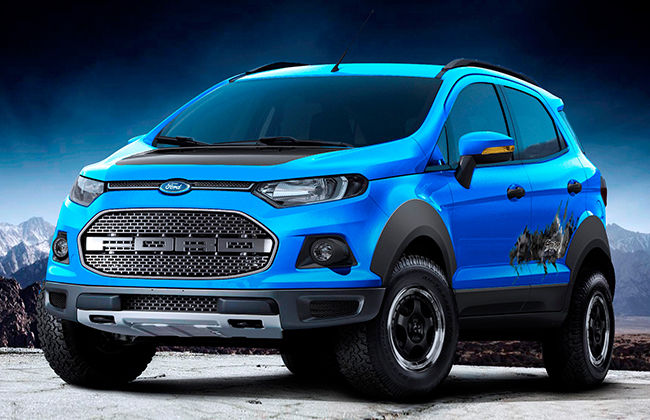 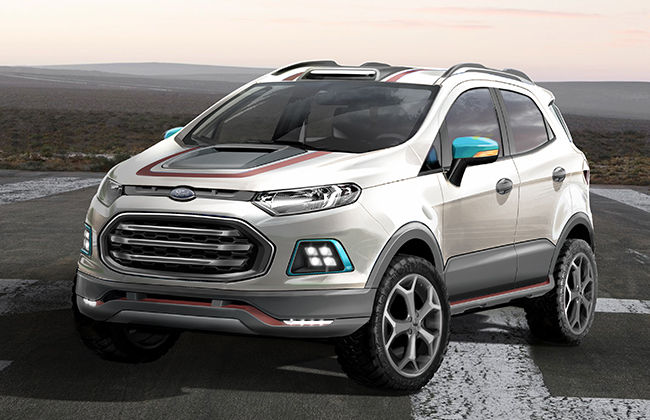 The Beast as the name indicates focuses on 'sportiness of the EcoSport'. The exteriors feature pearlescent white - "Speed White" paint job, which is highlighted with blue and orange detailing. The crossover also adds unique-to-the-three an air scoop on bonnet. Apart from the air-intake it offers four LED fog lamps along with day-time-running-LEDs and rides on fatter 235/60 R18 tyres. On the inside, it gets central multimedia system with GPS along with cycle racks instead of rear seats.