The Italian carmaker, Fiat India has finally revealed the updated Linea saloon at the ongoing 2014 Indian Auto Expo. The refurbished Linea has already been introduced in international markets like Turkey. This model was spotted several times during its test mules on the Indian roads. 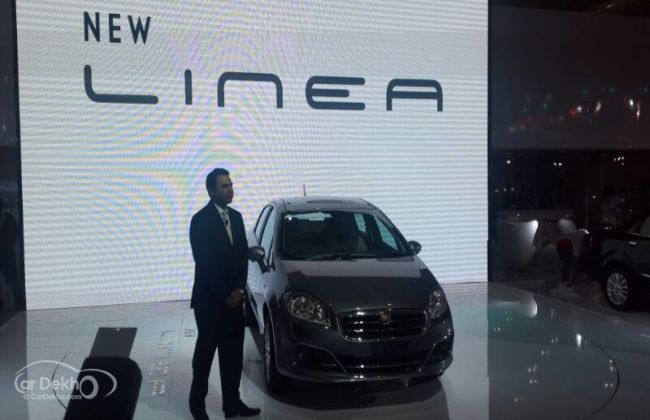 The front fascia of the new Linea feature a restyled front grille, revised bumper, a new fog lamp clusters and lot of chrome. Its rear profile also sees some subtle upgrades including the revised bumper with an additional chrome strip, while the licensing plate has now shifted to the bootlid. However, the side profile of the revised Linea looks similar to its predecessor. 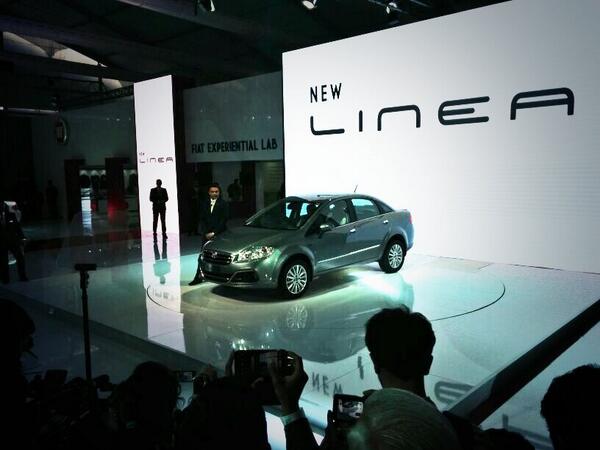 Inside the cabin, the updated Linea gets the three-layered, two-tone dash. Its interior looks refreshing and more upmarket than its predecessor. The steering wheel now has silver touches, while the centre console feature a new integrated music system and new AC vents with useful storage spaces. Most of the interior styling like gear lever, climate control buttons and door pads looks similar to the out-dated model. Its instrument cluster sports chrome-ringed start/stop dials.

The Fiat Linea facelift retains the current engine configuration- a 1.2-litre T-Jet petrol and a 1.3-litre Advanced Multi-Jet. The 1.2-litre T-Jet gasoline mill churns out a maximum power output of 112.4bhp and 207Nm of torque, while the Multi-Jet oil burner produces 91bhp of power and 209Nm of torque. Both the engines are mated to a five-speed manual transmission, which transmits power to front wheels of the car.