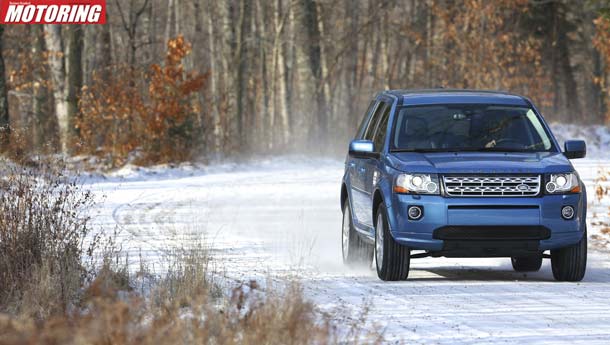 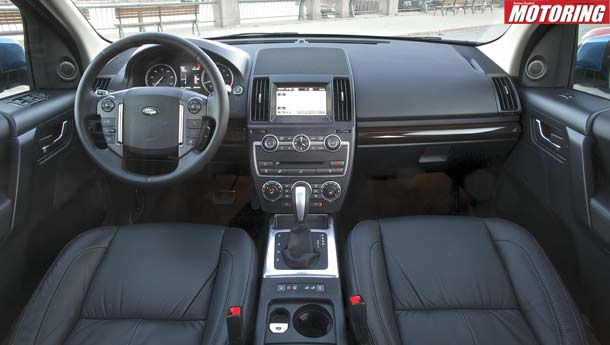 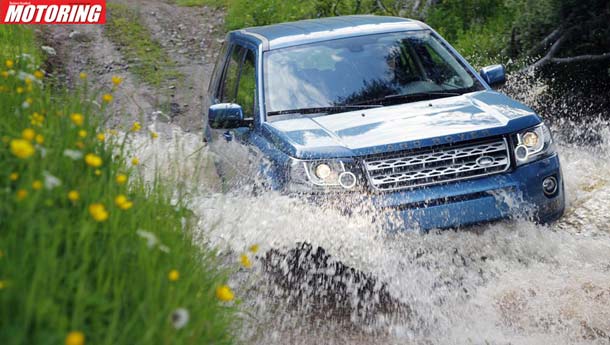 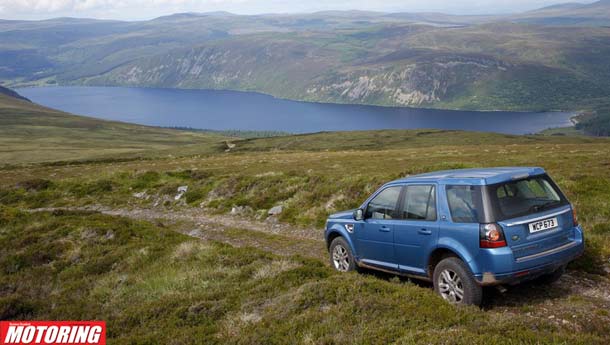 The reading on the instrument console is displaying -13 degrees centigrade but inside I am as warm as a stuffed toy in a child’s arms. The Land Rover Freelander 2’s climate control is keeping the Canadian winter away and the heated steering wheel has ensured my fingers have not gone numb. Outside, the snowflakes are dropping at an alarming pace, there’s snow pressing down on the branches of the pine trees and other than the twin dark tracks created by the Land Rovers on the forest trail, the ground is covered with several inches of white snow. Though I am about 100 kilometres away from the city of Montreal in Canada, I half expect to see Rudolf and his friends waiting for the elves to load up the sled. Perhaps Santa should consider retiring his faithful reindeers and get himself one of these instead.

And why not? After driving the revised Freelander 2 for over two days across the severe Canadian snowscape and subjecting it to some rigorous tests, I can safely recommend it to the old man. The baby Land Rover comes across as a dependable, go-anywhere vehicle without being too unwieldy because of its compact dimensions. It has two good diesel engine options, a 6-speed auto, full-time four-wheel drive with a rear differential and all other regular comfort features. Space is good for three decently-sized elves at the rear and there is more than enough room at the back for the gifts.

Hasn’t the Freelander been around, you ask? Well, yes, for a long time now, but it’s just that it has received a raft of changes. But more on that later, because we need to give Santa some background before getting into specifics. The Freelander 2 is a Land Rover, rather than a Range Rover — the difference being that the Rangies are luxurious while the Land Rovers are affordable and functional. This one specifically entered the monocoque (as opposed to body-on-frame chassis) compact SUV market in 1997 and has been a terrific success for Land Rover since then. The second-generation Freelander, now with a 2 added to the nomenclature, replaced the first one in 2006 and has been plugging along since. Since then, it has received regular updates. This time around, Land Rover has given it some more useful revisions, and this version — though irrelevant to Santa — will be available in India by March 2013. Will it take the price up a bit? Not by much — expect the price to hover around the existing Rs 35 to Rs 40 lakh range. However, what is important is that in India we may get an entry-level S trim version which will make it more accessible. And that will ensure it remains the best-selling model for Land Rover in India (it is assembled in Pune) and that it competes strongly against the Audi Q5, BMW X3 and the Volvo XC60.

So what are the changes in the Freelander 2 model year 2013? Frankly, not too many. The front grille and the headlamps/taillamps have been redesigned while the interiors have been given an overhaul in terms of new colours/textures. The centre console is now new and more contemporary looking, while the instrument console has been freshened up. The dial for Terrain Response has been replaced by switches and the parking brake is now electric. These are the essential updates to the vehicle, as the powertrains are unchanged. So why did Land Rover organise a drive in the Canadian deep-freezer? To show off, that’s why.

The competition is much stronger in terms of styling, equipment, interior quality and features, and these vehicles are more road-biased too — which is a good thing, as most owners will not subject their SUVs to anything more than a speedbreaker or a pothole, or loose paver blocks in the case of Mumbai. But if you want a rough-and-ready, immensely capable, true-blue SUV, then the Freelander 2 it is. Its capabilities when it comes to off-road driving are leagues ahead. And that’s exactly what Land Rover set out to prove, by making the Freelander 2 go through terrain that even Rudolf would think twice about.

The version that I was piloting had the higher-power version of the 2179cc inline-four turbodiesel, good for 190 reindeers at 3500 rpm and 42.8 kgm of torque at 1750 rpm. The torque makes all the difference in these conditions, as there is enough grunt even at low rpm to pull the 1,800 kilos of the vehicle out of any trouble. The route laid out by Land Rover took the Freelander 2 through deep ruts formed in the snow and other than keeping a tight rein on the steering wheel, the machine does everything. To take it a step further, Land Rover simulated conditions that made it even more slippery by making us drive on a track that was surfaced by treacherous ice. If you don’t have the right footwear for it, you could learn ice-skating the hard way. Here, the conditions are so tough on the tyres that they need active intervention of the electronics to make sure you’re going the way you intend to. The traction control is in full force, governing the movement of the rubber; switch it off and you could account for the loss of a Christmas tree and cause a huge dent to your ego as well. But this is an opportunity to drive like the way the relatives of Santa in Finland do — sideways, rally-style. Not an opportunity I would miss.

Keeping the Terrain Response system in Sand/Snow mode, there is enough intelligence in the system to identify where the tyres are losing traction and act accordingly. Sitting inside, the Freelander 2 makes driving seem easy-peasy, but any lesser vehicle would easily get stuck in here in no time. There are plenty of opportunities for the Land Rover to show its wheel articulation, going up and down large craters and descending steep slopes with ease. The snow crunches beneath the weight of the SUV, as the tyres fight the loss of grip and gamely make way as if this is the most natural thing in the world. To test the surface we were traversing, I briefly left the warm confines of the Freelander 2 to see the conditions outside — it was -15 now and my feet immediately sank about six inches into the scrunchy snow. Okay, point made, as I beat Usain Bolt to get back into the cabin. All Santa needs to do now is to fit some bells to the car and he’s set for this Christmas.

The writer was on a media invite from Land Rover