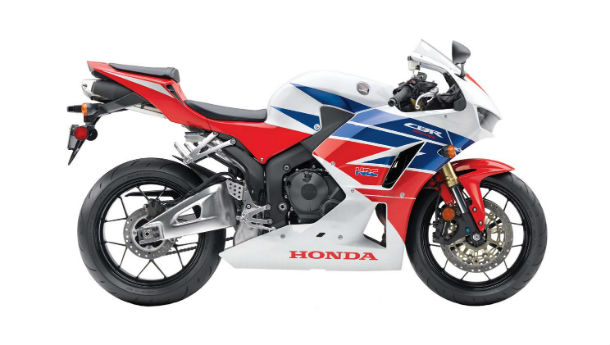 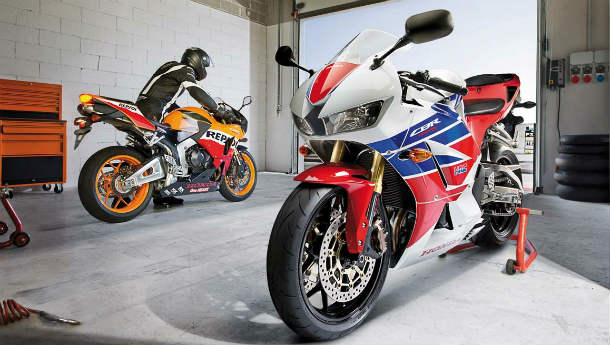 Oh. My. God! Take a long look at this motorcycle and tell us you're not excited. How'd you come up with that nose-section, Honda? It looks fantastic! Yes, this is indeed the 2013 Honda CBR600RR and, as is the case every year, it's better than it ever was.

It is, of course, inspired by Honda's devilish MotoGP bikes and it is, undoubtedly, supremely fast. But what's new in the 2013 600RR are the 41mm Big Piston forks, an ECU that's been remapped for mid and upper-range performance and 12-spoke alloys, as seen on the Fireblade. The 599cc, liquid-cooled in-line four cylinder engine produces what must feel like three thousand horsepowers (but is actually 'just' 118 bhp), and no - it still doesn't come with traction control or switchable riding modes. Good. We like old school.

What you do get, however, is a C-ABS option which has been further tweaked (which means we don't actually know what's happened behind the curtains) to increase rear-caliper bias in order to reduce pitching under hard braking. Helping it's rather sublime handling are the 120/70ZR-17 (front) and 180/55ZR-17 (rear) tyres and, of course, the 310mm dual-discs up-front and the single 220mm disc at the rear.

Most importantly - because we know you're thrilled about this little beast - the 2013 CBR600RR is NOT coming to India. Not just yet. But if you, along with us, promise to write sugary mails to the brilliant chaps at HMSI, you never know what might land on our shores in the near future! Fingers crossed!