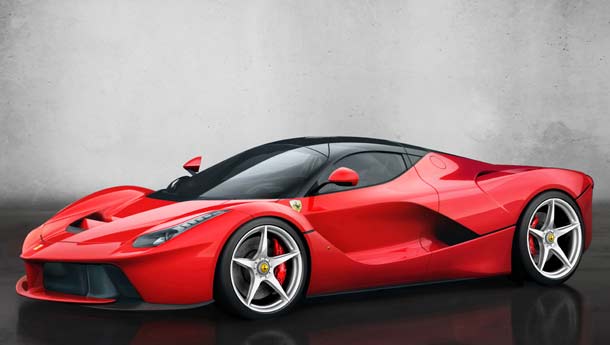 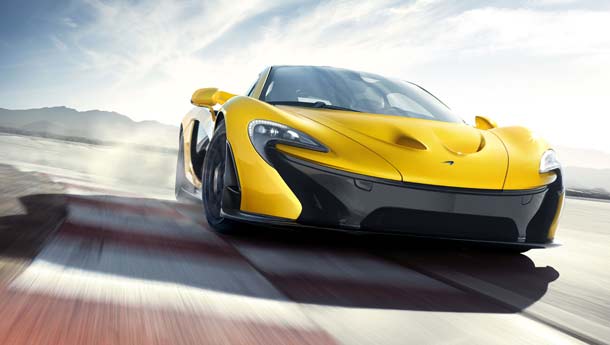 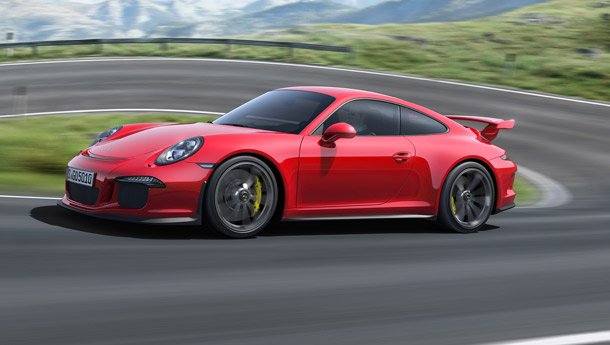 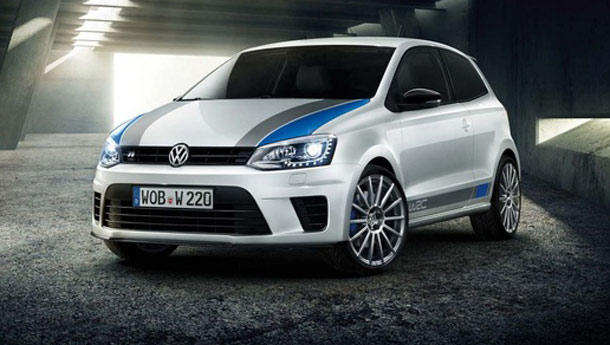 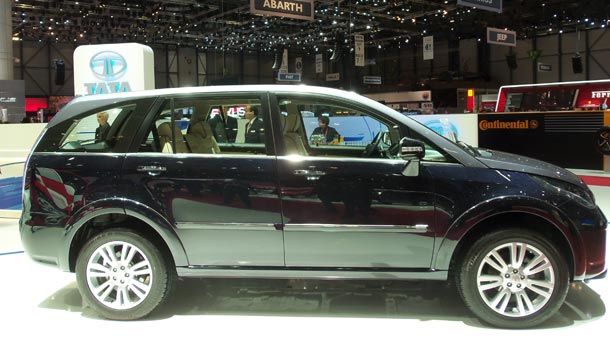 Another legendary Ferrari, another magnificent feat. Say hello, then, to the Ferrari LaFerrari! Funny name, yes, but it's called that because according to Luca di Montezemolo, president, Ferrari, "it is the maximum expression of what defines our company -" excellence". That's not hard to believe if you take into serious consideration the numbers associated with this hypercar. A 6262cc, V12 engine powers the LaFerrari and paired to it is a 161 bhp electric motor, which gives the car a total power of 950 bhp! It features an F1-style dual-clutch gearbox and, more importantly, F1-inspired HY-KERS (short for Hybrid Kinetic Energy Recovery System) technology. The overall result is a 0-100 kmph time of under 3 seconds, a 0-200 kmph time of under 7 seconds and a top speed in excess of 350 kmph. This is officially the fastest road-going car ever to be made by Ferrari. Only 499 will ever be built, so good luck trying to get your hands on one!

In true Lambo tradition, the Veneno is named after a fighting bull, the strongest, fastest one -" one that killed a matador back in 1914! To do justice to its heritage, the Veneno is powered by a 6.5-litre V12 engine that produces -" hold your breath -" 740 bhp and can accelerate from standstill to 100 kmph in just 2.8 seconds! The outlandish bodywork is made entirely from carbon-fiber and so is a lot of the interior, and as a result, the Veneno has a dry weight of just 1450 kg! It's 355 kmph top speed shouldn't come as a surprise to you, then. What should come as a surprise is that the car in the picture is model number 0, and only three more units of the car will be built, all of which have been spoken for. Sigh!

If you think the ultra cool McLaren MP4-12C isn't exciting enough, meet this -" the McLaren P1. The P1 will serve as McLaren's flagship supercar and that should explain that loud yellow shell and intimidating, aerodynamic bodywork. And like every other supercar in its league, the P1 banks on numbers. Multiples of them. Its 3.8-litre V8 engine is now paired with an electric motor (and a twin-turbo unit) and thus produces 903 bhp and 91.6 kg of torque! That's, simply put, a lot of propulsion force! As a result, the P1's performance is in the same territory as the LaFerrari and the Lambo Veneno -" an under 3-second claimed 0-100 kmph time, 200 kmph in under 7 seconds, and a top speed in excess of 320 kmph!

We were told that hatchbacks were meant to be staid, compact cars for families and that they could be made to look a bit sporty at times. Seems like someone at Mercedes-Benz/AMG wasn't listening and instead, plonked a 2.0-litre, 360 bhp engine into the A-Class hatch. The car that resulted is this, the Mercedes-Benz A45 AMG. Now, of course, all that power in a package as compact as this is bound to result in scary handling characteristics and the A45 AMG, hence, is quipped with four-wheel drive. That's not all -" it is also equipped with launch control, sporty AMG suspension, steering and wheels, and an aggressive AMG body kit. Not surprisingly, the A45 AMG clocks 100 kmph from standstill in a staggering 4.5 seconds and is, electronically restricted to 250 kmph. Yes, you can breathe now.

Porsche's new 911 was unveiled not too long ago, and it was only a matter of time before it would reveal a 'GT3' version. So it has. This is it -" the 2014 Porsche 911 GT3. This means that the 911 GT3 gets a new engine, transmission, chassis, bodywork and, of course, discreet design changes for the benefit of weight and aerodynamics. The 3.8-litre six-cylinder boxer engine remains naturally aspirated, which means each of the 475 horses it produces is readily available at your service, without any lag whatsoever. It can, hence, reach 100 kmph from standstill in 3.3 seconds and has a top speed of 314 kmph! If that's not fast enough for you, here's a tip: if Porsche sticks to tradition, there will be a GT3 RS version, too!

Not sufficiently pleased with making the most luxurious car in the world (the Phantom) and the second most luxurious car in the world (the Ghost), Rolls-Royce has now unveiled the Wraith. It is a two-door coupe based on the Ghost. It isn't, however, just a Ghost with a chopped-down roof. The Wraith uses the best of materials in the world in its construction, be it the Phantom-spec hide, the new Canadel wood trim or the Starlight Headliner roof lighting (which replicates a starry night sky). The V12 powerplant under that imposingly large hood produces 624 bhp and 81.5 kg of torque, which is enough to propel the Wraith from 0 to 100 kmph in 4.6 seconds! Also, contrary to speculations, the Wraith is priced substantially higher than it's alleged rival, the Bentley Continental GT, and as a result, if you see one in your rearview mirror sometime in 2014, move over.

How could we not tell you about what could possibly be one of the best hot hatches the motorsport fan has ever laid eyes on. Inspired by Volkswagen's World Rally Championship Polo (yes, the very same one that won the Rally of Monte Carlo earlier this year) the Polo R WRC comes powered by a 2.0-litre TFSI engine that makes a whopping 220 bhp. That counts even more when you realise that the car in question weighs roughly 1361 kg, which means you can try to be as fast as Sebastien Ogier himself. Only 2500 of these cars will be made and sold, all left-hand drive versions, mind you. Reckon we'll just have to be content with stickering our normal Polo and adding a spoiler too.

Remember when the first-generation Skoda Octavia was the coolest car around? Well, if you do you have an excellent memory, because that was nearly 15 years ago. The second iteration of the Octavia (badged the Laura in India) is also starting to look a little long in the tooth, which is why India is all set to get the third-gen Octy by Diwali this year. In all likelihood, it will be called the Octavia in India too, and will be offered with a host of petrol and diesel engines, with the possibility of a CNG version in the years to come. The new Octavia, which is bigger and more stylish than the outgoing model, is likely to be priced between Rs 12 to 17 lakh.

The Aria as we know it is going to get a whole lot better in the second half of 2013. To begin with, Tata Motors has refreshed the car on the outside, giving it a dual-tone paint scheme, new 19-inch alloys, headlamps with black inserts and daytime running lights too. However, it's what's under the hood that matters the most -" the familiar 2.2-litre Dicor engine has been tweaked and, as a result, its power output has increased from 138 bhp to 158 bhp. Here's the interesting bit -" other than a six-speed manual gearbox, the Aria will also come with a 6-speed auto 'box to make life that much easier!

It's been a battle between the Audi Q3 and BMW X1 in this segment so far. But come June 2013 and all that's about to change -" here's the new Volvo V40 Cross Country. Essentially it's the V40 on stilts, with 4WD and AWD on offer. A revised front and rear bumper, plus roof rails give the car that sporty look. Two petrol and three diesel motors are on offer, all of which are turbo-charged and come mated to six-speed gearboxes. What's also good news is that Volvo is planning to set up an assembly plant in India, which means buying that Volvo just might be that much cheaper.