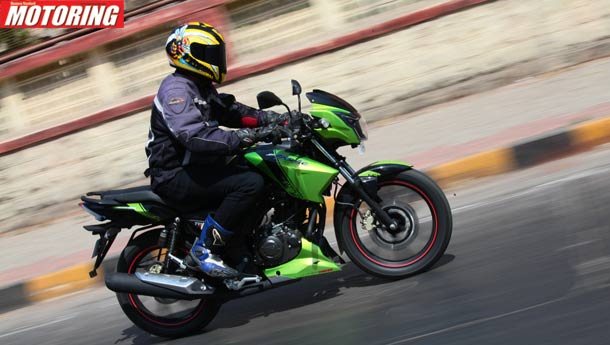 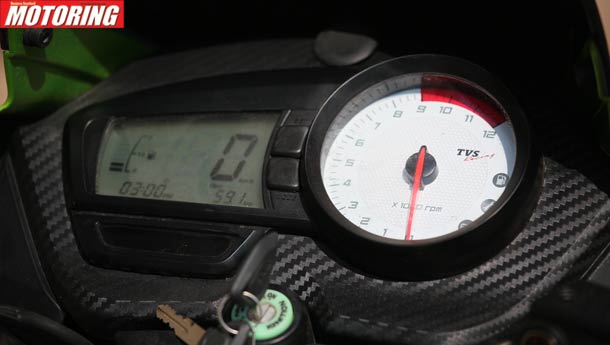 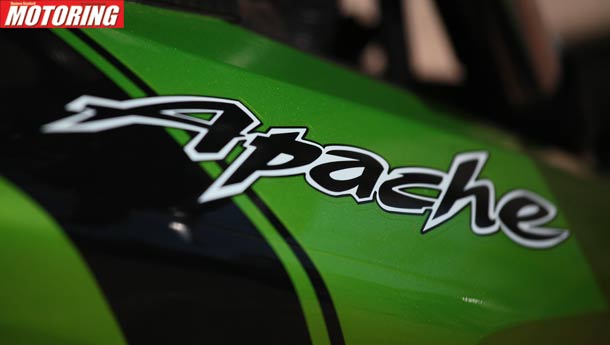 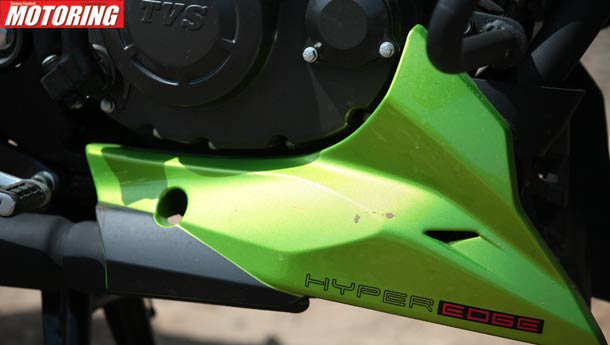 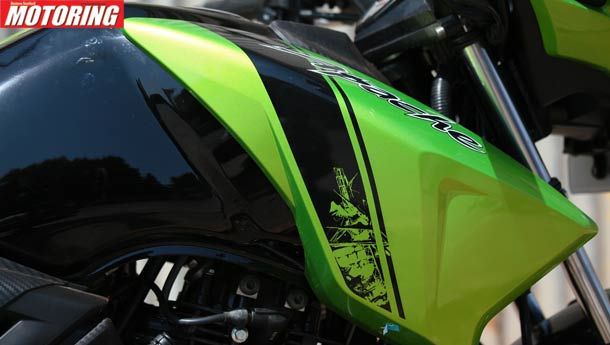 Looks outlandish? We think so, and while it looks a bit futuristic, we're not sure we can say it's pretty. Say hello to the 2012 Apache RTR. If you're a motorcycle enthusiast (which you are, since you're reading this), you were probably expecting a lot of meat from TVS and rightly so. Unfortunately, the 2012 RTR is just a cosmetic update – one that isn't quite impressive either, frankly. The cosmetic changes apply to both, the 160 and the 180 RTRs (including the ABS, and we're told the Efi is now discontinued – we're not surprised) and here's what those changes are all about.

Most prominent of the new bits on the 2012 version is the new headlamp and bikini fairing. It looks a bit Pulsar-ish, if we're to be honest, but it's got something that's certainly a first on any Indian made motorcycle – LED daytime running lights. The LEDs look smart and we're sure they'll aid your visibility to other road users quite a lot, but unfortunately, everything else that is part of the update is downhill.

The tank shrouds are massive and look a bit confused, like some form of installation art and while we quite like the refreshed centre and rear panels, the bike on the whole looks a bit disjointed. A nice touch is a lot of carbon fibre (it's not the real stuff, obviously!) trim and this is applied liberally on the centre panel, the entire rear mudflap, the top of the tank, around the speedo console and on the tyres (okay, not the last bit).

Life gets much better once you swing a leg over. You're greeted by that familiar, but really sporty looking tacho – the white background with the orange needle and the redline marked at 9k rpm makes it the best looking tacho in the country by far. We suspect TVS has tinkered with the angle and height of the clip-on 'bar a bit, since it's much more comfortable while still being very sporty. It feels good to hold, though in the wake of the new Pulsar, the footpegs don't feel as rear-set anymore.

To ride, the motorcycle is fun as ever although it does perhaps feel a bit dated as compared to its competition. We're not so pleased with TVS for toying with our pulse rates with those suspense-filled teasers all over the Internet and turning up with just a cosmetic update, but let's hope they have a real scorcher coming up really, really soon. This one, the 160, is priced at Rs 67,505 (ex-showroom, Delhi) and is on sale now!