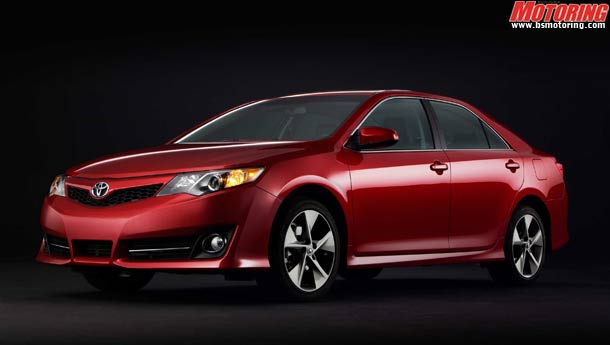 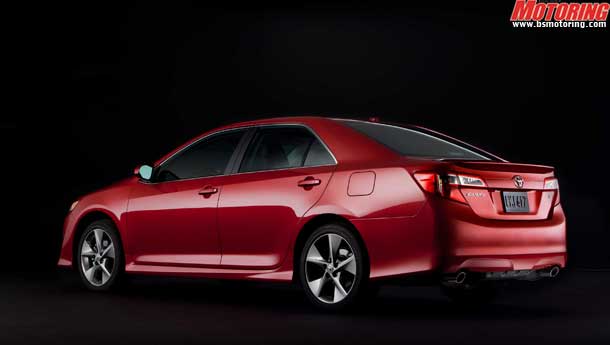 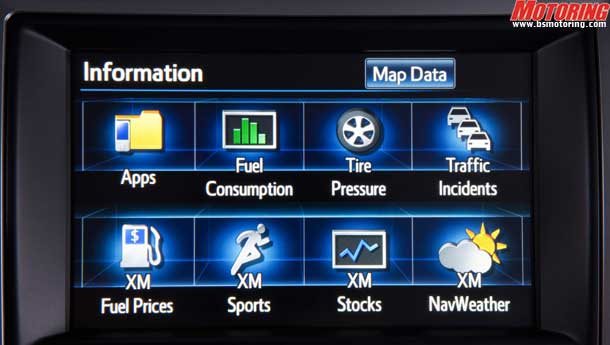 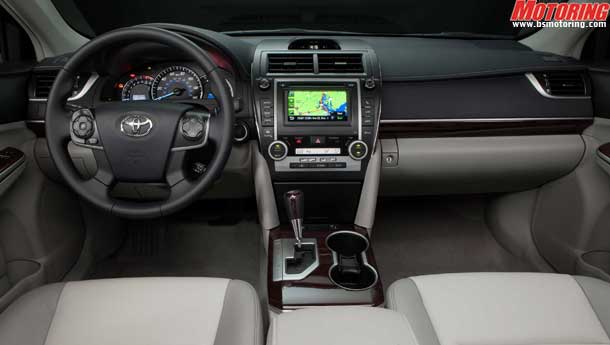 While we all might have posters of some exotic car on our walls,s given a choice, most of us would choose something like this to survive your daily commutes. Of all the cars, there’s one that absolutely excels at commuting and that’s the Toyota Camry. Today, they unveiled the latest iteration of the Camry, the 7th one yet.

Internationally, there are three drive train options starting with the base 2.5 liter four cylinder engine, the one that we’re most likely to get, a 3.5 liter V6 and a Hybrid that combines the base engine with an electric motor for a little more oomph and economy. Taking care of the power transmission is a 6-speed automatic, err, transmission.

The appearance of the car has taken a turn for the better. It looks sharper and sportier while at the same time giving the impression that its an upscale offering. The car appears to have a lower stance which gives it a sportier character. Speaking of character, there are nicely sculpted character lines that flow from the front to the back giving it defined shoulder lines. A definite improvement over the older model!

On the inside, the passengers will be greeted by a new 6.1 inch center console mounted entertainment system that takes care of all the media needs, bluetooth and satellite radio included. The screen also functions as a display for the optional reversing camera and the fuel economy readings. That’s just the base model though, the top spec system gets an even bigger screen (7”) and a hard drive based navigation system. Both of these systems though are not designed with just sound quality in mind. The speakers that are used are lighter by a good margin than conventional speakers, which help keep the weight down. We can’t talk about the Camry interior without mentioning the voluminous rear seat space! This new iteration is no different. All the interior trim has been shaped in such a way that they give a feeling of roomieness. Mission accomplished, we think, just take a look at the pictures of the interiors forproof!

What’s more, the legendary wafty ride quality remains the same, except maybe in the SE trimlevel which is on the slightly sporty side. Sound deadening materials have been used liberally to give a cabin that is quiet, almost eerily so!

You can be sure it is safe, too! Standard kit includes 10 airbags and a body structure that absorbs the impact force rather than transmitting it through to the occupants.

It is expected on our shores sometime next year, expect pricing to be in the same ball park asthe outgoing model.