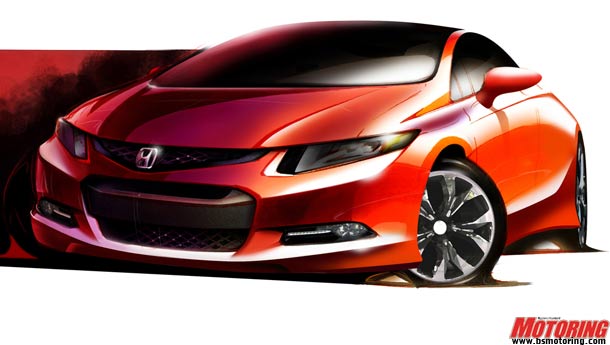 Honda have released teaser sketches of what would be its next generation Civic. Honda have refused to divulge any information on the car, only to reveal that the concept will be shown at the upcoming NAIAS Detroit Motor Show in January.

From the sketches, it seems that the design will be just as bold as the outgoing car. The front-end seems to replicate the boldness seen on the current European model and the sketch only seems to be of the coupe, not the hatchback or saloon.


The new Civic sedan is expected to hit Indian markets by the first half of 2012. Not much is known at this point about either powertrains nor specifications of the bound-for-India car. What is known however is that inputs from customers have been taken to improve the rear suspension as well as the comfort of the rear seat specifically for India. Watch this space for updates from the NAIAS Motor Show next month.