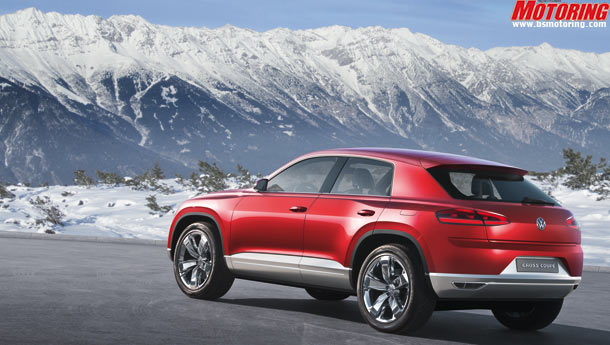 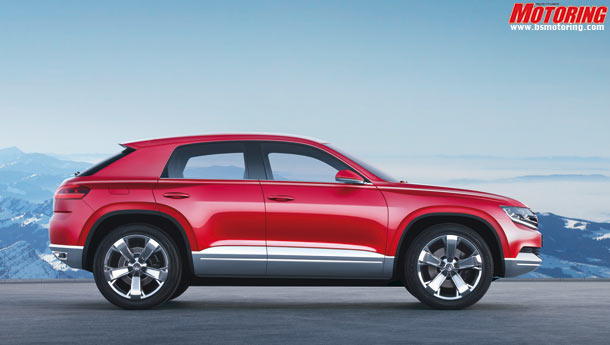 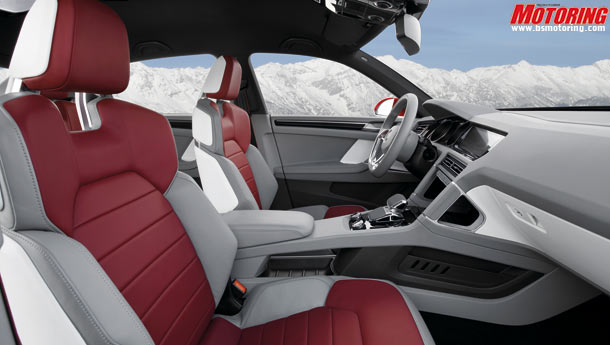 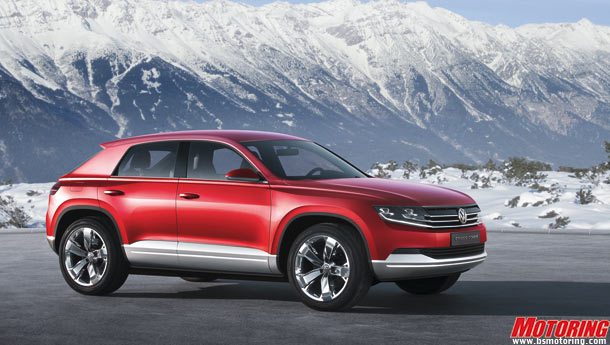 The Cross Coupe, Volkswagen's answer to the likes of the Range Rover Evoque may not just be the best-looking SUV to emerge from Wolfsburg, but also the most efficient and the least CO2 emitting one on the planet.

At least, that's what the Cross Coupe TDI plug-in hybrid seems to suggest. The original Cross Coupe concept that was first revealed in December had a fuel efficiency of 2.7 l/100 km and a CO2 rating of 62 g/km. This one betters it by a substantial margin – a useful 1.8 l/100 km and 46 g/km of CO2. How? It seems the answer lies in its hybrid genesis – a TDI diesel motor and two electric motors. Combined they produce 302 bhp while the kerb weight is a not-too-heavy 1858 kg.


Longer than the Golf and shorter than the Tiguan, it is based on the MQB or the Modular Transverse Matrix platform while the hybrid motors are mated to a six-speed DSG transmission. The TDI is a 190 bhp EA288 motor with the lithium ion batteries stored in the central tunnel, a 54 bhp electric motor up front and a 114 bhp electric motor to drive the rear wheels. The beauty of the MQB platform is that it can house either a pure internal combustion engine, a hybrid as we see here or a pure electric one, which leaves the possibility of the latter one to be more than just a matter of conjecture. The hybrid combination motor produces as much as 40.5 kgm of peak torque from as low as 1600 rpm, while at boost that figure can go to as high as 71.5 kgm. It can accelerate from 0 to 100 kph in a scant 6.5 seconds.

The Cross Coupe can also run in pure electric mode for a distance of 45 km and a maximum speed of 120 kph. The car can be driven in three distinct modes; an E mode, a CITY mode and a Sport mode. It can also be driven in a sailing mode by decoupling the diesel and electric motors when the driver lifts off from the accelerator, thus creating zero emissions. More details on the vehicle can be found in the April 2012 issue of BS Motoring.