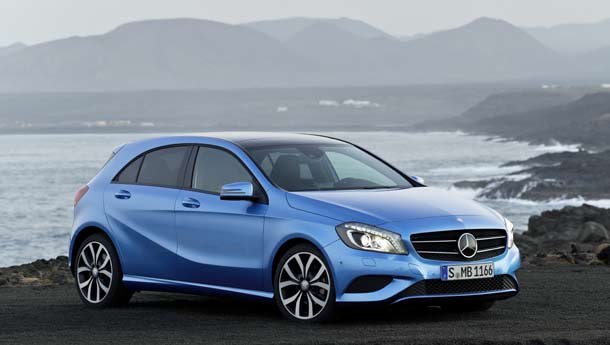 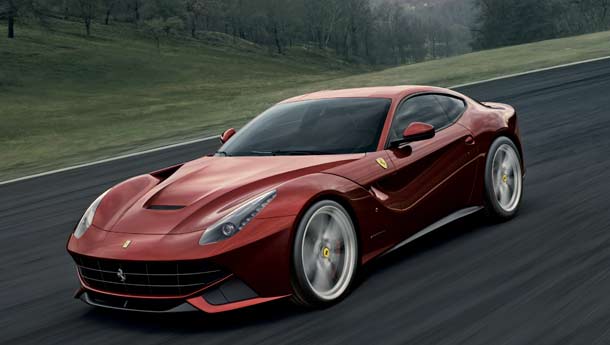 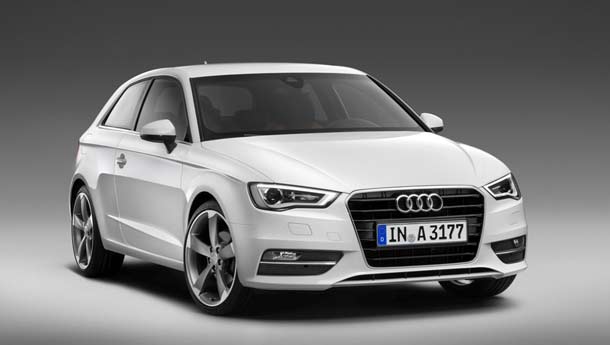 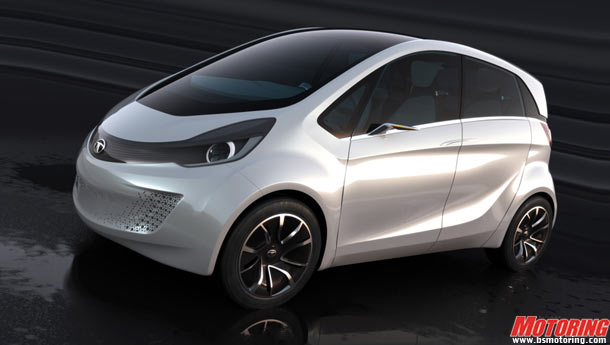 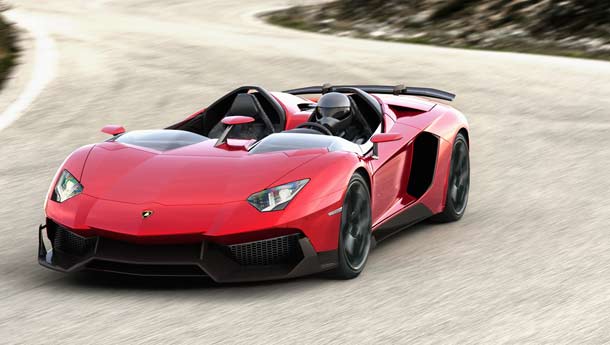 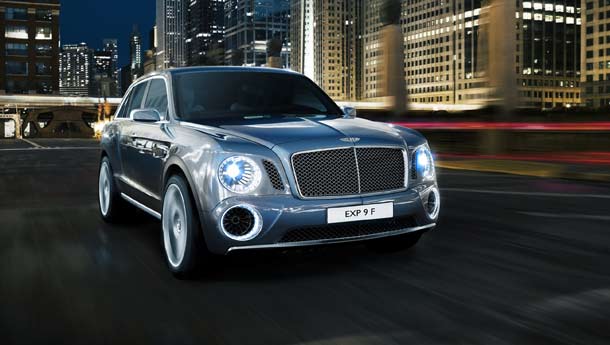 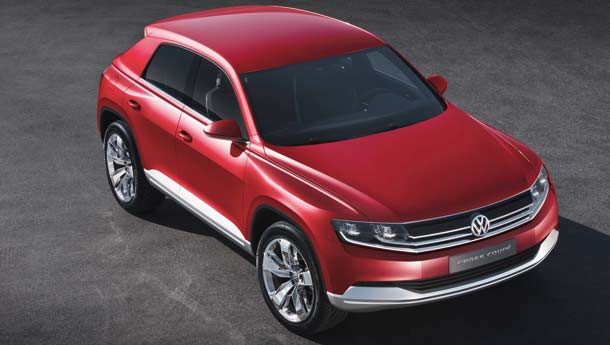 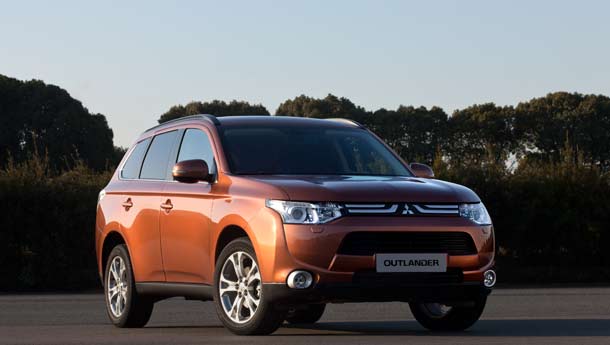 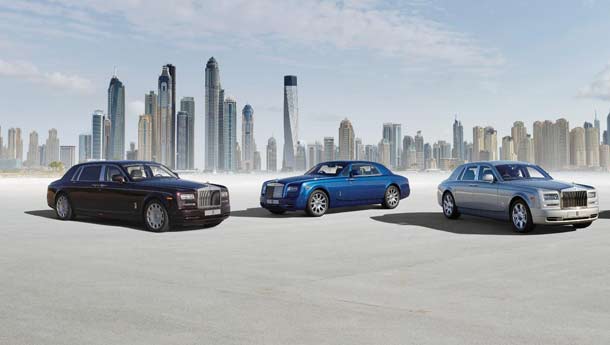 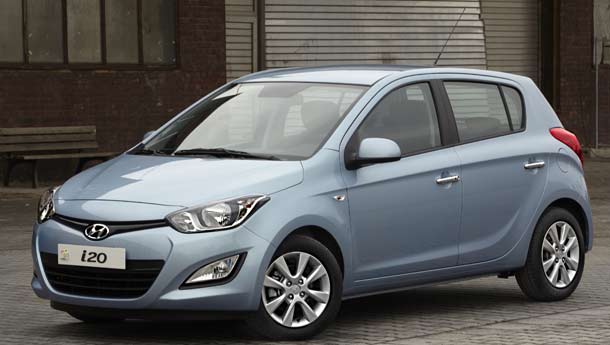 The A-Class was first introduced to the world fifteen years ago, and back then, it was infamous for tipping over during sudden lane changes and such. Not to worry though, Mercedes-Benz rectified that situation by modifying the suspension and adding electronic stability control to the car. Now there is an all-new A-Class and it is dramatically different compared to its predecessor — the existing “one-box” design (it’s like an MPV, really) has given away to a “two-box” design. With a distinct hood and passenger compartment, it now looks more like a traditional hatchback. The new A comes with the latest in safety technology and despite being the smallest car in Mercedes’ line-up, doesn’t compromise on quality or features. We can expect the A-Class to be introduced in India sometime in 2013 and we can also expect a hefty price-tag too, making it a niche product in the country.

Say hello to the latest V12 from Modena. With a 6.3-litre thoroughbred engine making 730 bhp, this is the most powerful road-going Ferrari ever made. We definitely like the sound of that! The F12 Berlinetta is a grand tourer which will replace the 599 GTB in Ferrari’s current line-up. Ferrari is transforming itself into a technological tour de force and that’s on display in this Geneva star. As with any new flagship GT car, a whole slew of new manufacturing processes and materials are used in the making of the car. In this case, there are a total of 12 different kinds of aluminium alloys used in the manufacture of the chassis and new methods were used in putting them together. These measures, combined with the fact that the car itself is smaller overall than the 599 GTB, means that it’s lighter and a lot more efficient while still making more power and sprinting to 100 kph (and way beyond!) faster.

What Europeans get is this, the new A3 hatchback, but what we will get is the sedan version of this car. And when this three-box A3 comes along, it will be the cheapest Audi sold in the country. Internationally, the A3 is a direct competitor to the Mercedes-Benz A-Class and BMW 1 Series. What makes the Audi significant is that it’s based on Volkswagen’s MQB platform, which will underpin a wide range of cars in the Volkswagen group, ranging from subcompacts all the way to large family cars. The new A3 comes with a full multimedia interface system (MMI) which takes care of everything, from the entertainment to the engine settings and all the other functions of the car. Powering the European A3 is the small displacement but potent 1.4-litre TSI engine, but we will get something more practical.

At the last Geneva show, Tata Motors had the Pixel concept on display. This year, the Indian firm showcased a larger, four-door one, called what else but the Megapixel. This car is powered by a 13 kWh battery and a 325cc single-cylinder engine as an auxiliary motor. The wheels have individual hub-mounted motors which will take the Megapixel up to 110 km on a full charge. Once the battery discharges, the 30 bhp engine will take over as a back-up. The Megapixel concept comes with unique sliding doors; the two front doors slide forward while the rear doors slide back to give you complete access to the four floating seats. The electronics include a BMW iDrive-type controller with an LCD screen to control all the functions of the car. What’s important is that the Megapixel indicates the future design language of Tata cars.

This is the recipe for the perfect Lamborghini. Take one already insane Aventador, take off the roof and most of the windshield, add some extra carbon fibre bits for effect and you end up with the Lamborghini Aventador J. The J, pronounced “yota”, signifies the appendix in the Federation Internationale de l’Automobile (FIA) rulebook to which this car adheres. As with the Jota of the 1970s, only one will be made and it will be sold to one lucky customer after Lamborghini is done parading it. Interested? Better queue up!

Yes, that SUV is indeed wearing a Bentley badge. In the glory days of Bentley, the cars were known as ‘the world’s fastest lorries’; now, Bentley is indeed planning on making them! Unbelievable as it may be, the EXP9 F concept indicates that the winged B badge is going to adorn an SUV. Well, if Bentley wants to show some success in the US, the Gulf, China and, well, India, there’s nothing like a plushly upholstered, tremendously powerful SUV to do the job. Even if it looks the way it does. The concept features four-wheel drive, lots of leather and wood and a 6.0-litre 12-cylinder motor. It is safe to say that Bentley will raid the Volkswagen group parts bin for making this a production reality.

Another car based on the MQB platform (see Audi A3), the Volkswagen Cross Coupe was first shown to the world at the Tokyo Motor Show late last year, but this time, it comes with a new drivetrain option under the hood. Earlier, it was shown with a petrol engine, but now it packs a diesel/electric hybrid system. It makes a total of 300 hp from its hybrid drivetrain, but still manages to return a claimed 50 kpl. Now, that’s a concept we’d like to see go into production.

Mitsubishi is one manufacturer we wish offered a lot more models here for us. Its models are all getting a little long in the tooth now. Here’s some news that cheers us up though. The new Outlander was unveiled recently at Geneva. It features a completely new design language from Mitsubishi and it’s looking good. It is powered by a 2.0-litre petrol engine making 150 hp and power is sent to all four wheels through a full-time all-wheel-drive system. There’s three rows of seating on the inside now and the last two rows fold to give you a flat floor for carrying around large objects. There is no news on when this will go on sale in India, but we hope it’s sooner rather than later.

The most sought-after ultra luxury limousine finally gets a makeover. The Phantom was the first all-new Rolls-Royce model to be developed under BMW’s ownership and has become an instant hit. Over time, different models were added to the range, like an extended wheelbase version, a coupe and even a drop-top version. This entire range now sees a few upgrades both on the outside and inside. For starters, the whole front fascia is different; the circular lamps make way for rectangular LED units with cornering assist while the grille and lower air-dam are also tweaked slightly. Under the hood, the V12 engine’s power is now routed through a new 8-speed automatic transmission, which gives better fuel economy and lower emissions too. As if it mattered to the Phantom owner! The interior, as usual, is completely customisable anyway...

Well, even Hyundai was surprised by the terrific response it received for the i20 in India. Now the i20 could have done with some freshening up and that is exactly what happened at Geneva. It features new headlights, a new front-end styling and revamped tail-lights and bumper at the rear. The idea is to give the car a little more of the “fluidic” styling that is prevalent in the other cars of the Hyundai line-up. So when can we expect the fresh version in India? Late this year, perhaps.

Chevrolet brought a trio of new cars with it to Geneva, two of which were concepts designed by design students and the third model was the Cruze wagon. Now, India isn’t really a market for wagons so this variant probably won’t be making it to our shores, but take a closer look at the picture and you’ll notice subtle changes to the front end of the Cruze. Those changes, however, will make it here soon as a comprehensive facelift. Along with the new face, the 2.0-litre engine that currently does duty in the Cruze will see upgrades to bring the power output to 163 hp from the current 150 hp. That should give the Cruze a nice shot in the arm.

What is the Jaguar XF Sportbrake? It’s yet another wagon that we won’t get. The crisp lines of the XF are still retained in this wagon conversion and we’re glad that the designers have taken a practical approach to this and have given it a very useable hatch. The XF Sportbrake will go head-to-head against the BMW 5 series Touring and Mercedes E-Class Touring. The Sportbrake will be powered by the 2.2-litre and 3.0-litre diesel engines only for now, but petrol power might come to the range soon after launch.