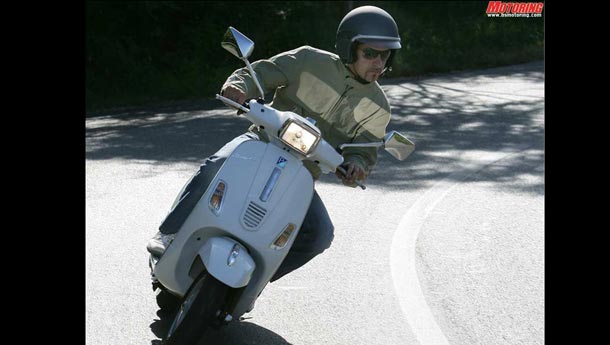 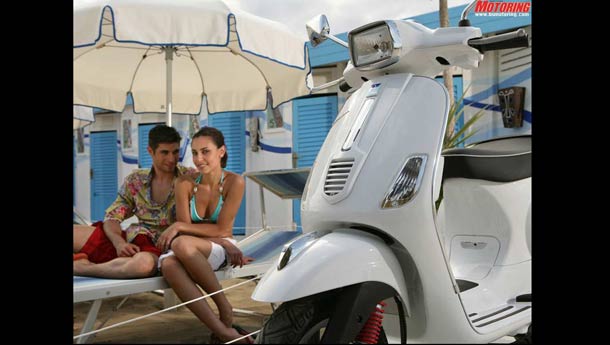 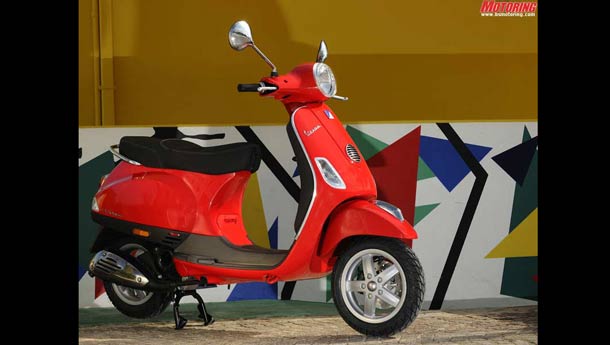 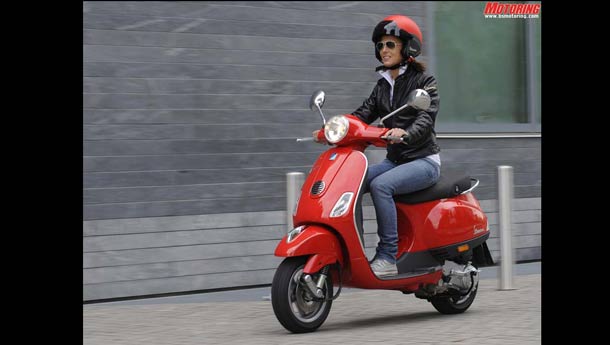 The Vespa brand and its range of scooters has been finally unveiled for the Indian market! While specific models haven't been announced, Piaggio Vehicles Pvt. Ltd, the solely owned Indian subsidary of Piaggio, have mentioned that Vespa will be a 'disruptive force' in the Indian lifestyle scooter segment. The first Vespa scooter was launched in 1946 and 17 million Vespa scooters have sold since, in over 100 countries. Vespa, in India, will be presented as a lifestyle brand with timeless and iconic products on offer. Piaggio has revealed plans to begin a Vespa club later this year. We're expecting the LX 125/150 to be an important offering from Vespa though Vespa may bring additional models too in the time to come.

Also part of the Piaggio family is Aprilia, who displayed the RSV-4 Factory superbike. The RSV-4 Factory is powered by a 999.6cc V4 motor that produces 180 bhp! The RSV-4 has been on sale in the country since a few months now, and we would have liked to see some more machinery being launched from Aprilia, but we'll just have to wait a bit more for that we guess! Another interesting motorcycle on display was the Moto Guzzi 1200GT - a stunning machine with a transverse 90-degree V-twin engine, shaft drive and with electronic ABS, to let you in on a few of its features. We hope they're bringing down this one soon!


Piaggio also showcased its much popular MP3 hybrid. It's a zero-emissions, three-wheeled hybrid scooter-esque vehicle that is powered by a 270cc IC engine. The hybrid motor produces 25 bhp@7500 rpm and 2.8 kgm@3500 rpm. We don't see this as being likely for launch anytime soon, but if it does arrive, it'll be an interesting motoring alternative to not so two-wheeler friendly people.

Most important in terms of India relevance, however, is the Ape City Paxx - a three wheeled 'urban mobility vehicle' unveiled by Piaggio. Essentially, it's an eco-friendly alternative to, you guessed right, the autorickshaw! It will be available with a 200cc engine which is currently under development. The motor will produce 1.66 kgm and 10.3 bhp and Piaggio has stated the Paxx will be commercialised by July-August 2012.