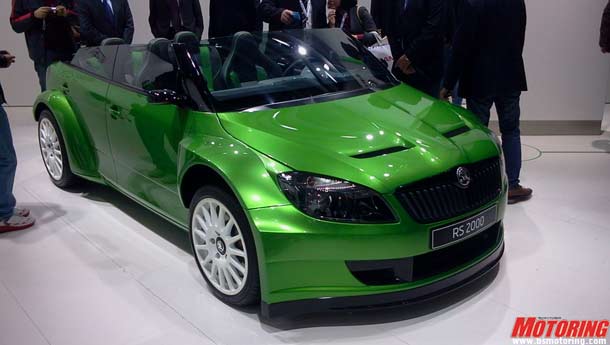 Skoda had a relatively quiet outing at the Expo, with no new products announced.

They did, however, display the Fabia RS 2000, a really racy concept car based on the plain vanilla Fabia. The RS 2000 is a low-slung roadster, which seats four, and the extra low windows are meant to give all the occupants a 360-degree view, apart from letting them get that wind in the hair feeling.

What can we say except 'Build it, soon, and bring it here even sooner!'