2012 Auto Expo: No fireworks in the small car segment 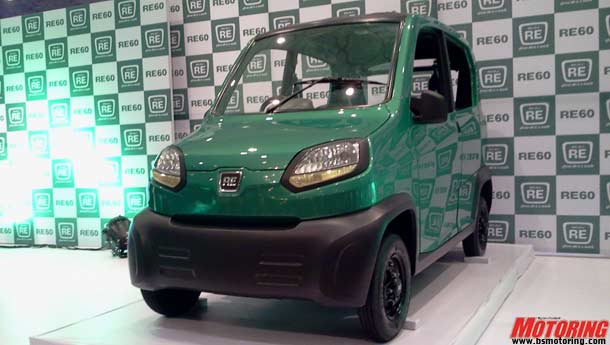 For the first time in four years, the Auto Expo has not showcased any new product in the compact car segment. This is good news for Maruti, claim analysts. This year, automakers seem to have focused on two-wheelers, sports utility vehicles and light commercial vehicles. Not surprising, as all these categories are seeing traction even in a sluggish market.

For starters, there was plenty of action in the two-wheeler space, with Honda launching its much-anticipated mass market 110cc motorcycle called Dream Yuga. Unlike popular perception, Honda has not resorted to disruptive pricing to capture market share. The motorcycle is expected to be priced around Rs 46,000. However, Hero MotoCorp was not far behind. The company has launched the 110cc Passion X-Pro and a sportier 125cc bike called the Ignitor, an ideal upgrade from the Passion, claim analysts. Consequently, analysts believe the economy segment is expected to become crowded.


Despite the new motorcycle launches, two-wheeler companies have now shifted focus to scooters. Almost every player has either launched or entered this segment with an offering. Credit Suisse says this segment has strongly grown in India over the past few years, with the share of scooters among total two-wheeler sales up from 15 per cent to 19 per cent. “Manufacturers are now talking about an estimated seven to eight per cent growth in motorcycles in FY13 and 15 per cent growth in scooters, leading to 10 per cent overall two-wheeler growth,” says CS.

Going by Mahindra and Mahindra’s growth story in the last one year, automakers seem to see promise in the utility vehicle segment. Maruti launched the MPV Ertiga and Ford launched a compact SUV called Eco Sport. M&M displayed its recently launched XUV 500, followed by Acyton and Rexton from the Ssangyong stable. However, according to Surjit Arora of Prabhudas Lilladher, there is no major threat to M&M in the near-to-medium term, given the strong product offering and absence of diesel offerings from competitors.