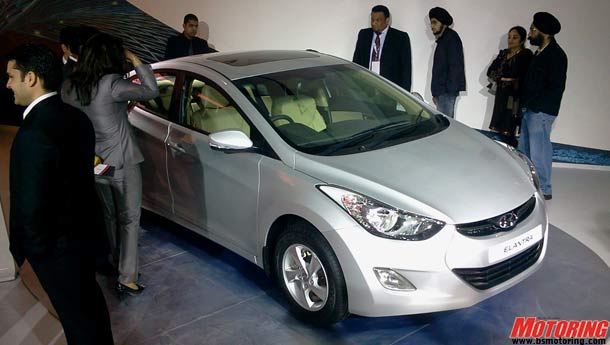 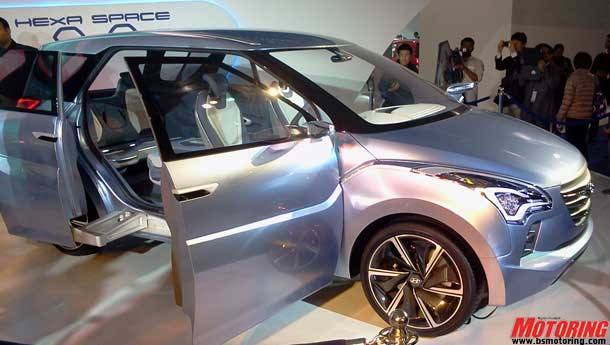 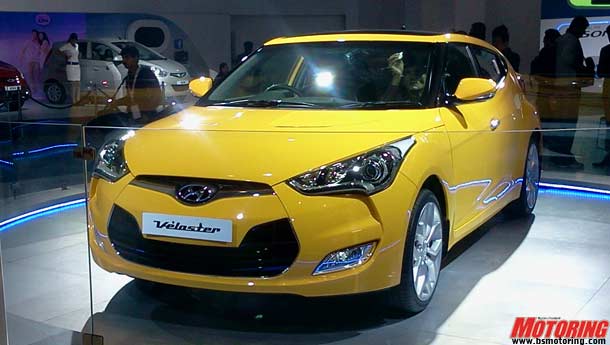 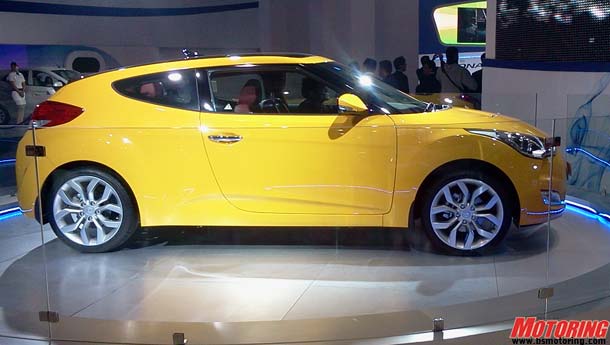 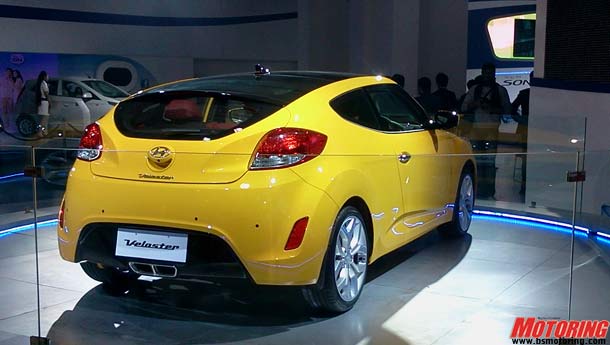 Hyundai made an important announcement today at Auto Expo with the launch of the Sonata sedan, but that’s not all they’re up to though. Though they aren’t launching them at the moment, they’ve also brought the new Elantra sedan, Veloster coupe and a concept MPV called the Hexaspace.

The Elantra, which might make it to showrooms soon, carries the same ‘fluidic’ design language that is present on the new Verna. Internationally, it is available with a 1.8-litre petrol engine and a 1.6-litre diesel engine options. If it makes it here, it will have the same engine options. The Elantra name is not a new one in our country, a model two generations behind the one being shown here was sold here but was later withdrawn from our market. The established names in the segment, like the Toyota Corolla and Honda Civic, will have something to worry about if the Elantra makes it here because during the time it took a hiatus from our market, huge improvements were made to the model.


The Hexaspace MPV concept is an eight seater with an innovative interior layout. As the name suggests, the seats are shaped like hexagonal pods, which vastly increases space efficiency. With packaging like that, the overall vehicle width can be lower while increasing usable interior space. It’s still in the concept stage, but in the future, we may see something based off this design from the Hyundai stable.


And finally, Hyundai also brought us the much talked about Veloster crossover coupe. It’s unique three door design, with two doors on one side and one on the other, quirky styling and a good choice of engines, the Veloster has been one of the best selling models the world over for Hyundai. For all these and the rest of the Hyundai line-up, check out the Hyundai stall at the Auto Expo.