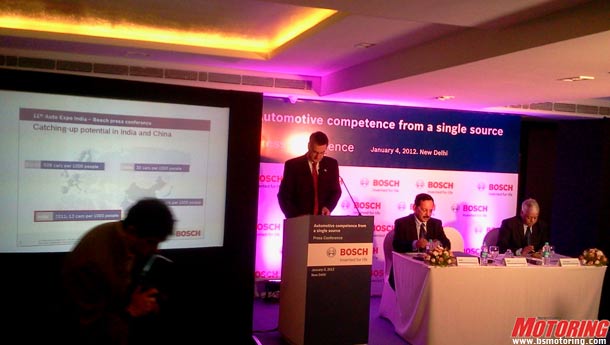 The Bosch Group has announced that they will be making investments to the tune of Rs 2200 crores in India. The company has also declared that most of this amount will be utilised to expand existing local activities.

Bosch also declared that their experts in India are set to take over global responsibility in the area of software engineering support for ECUs.

The company is currently the only maker of ABS systems in India.

Bosch also stated that the company's main aim is to produce affordable safety systems for use in the automobiles. They also aim to further reduce fuel consumption in engines by 30 per cent.