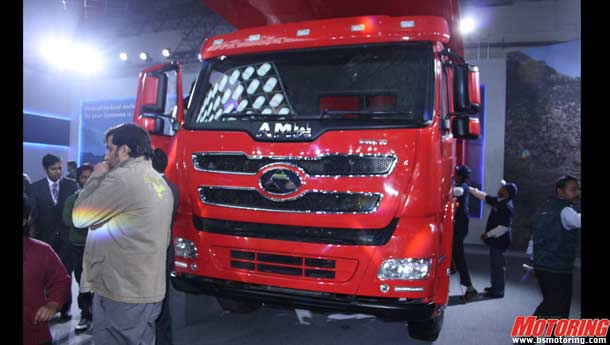 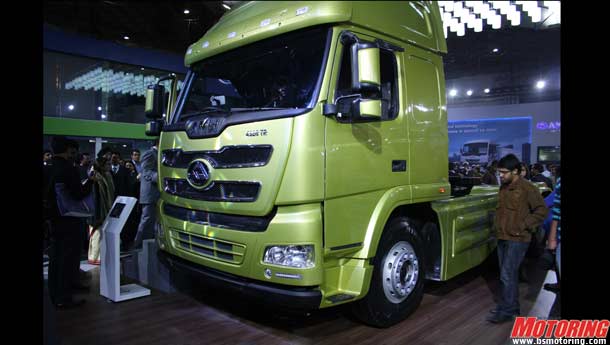 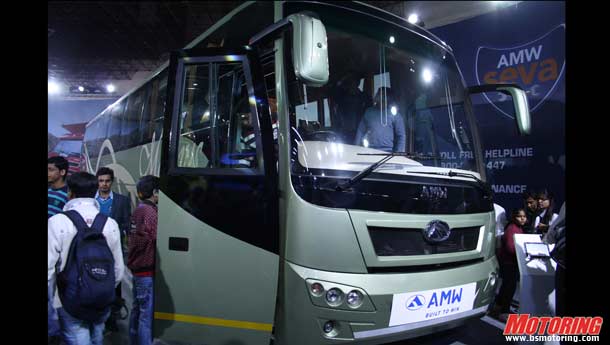 AMW has launched two new trucks, the 4928 TR and the 4923 TP! The 4928 TR is a trailer while the 4923 TP is a tipper. Prices for the two haven't been announced yet and they will be on sale later this year. Both the trucks are claimed to be more efficient, better looking and will definitely be high on the creature comforts front!

Bigger news from AMW was the preview of their new bus for India. The bus is a twin-axle design and when it is launched, will compete with the Volvo 9700. Importantly, this is the first front-engined (yes, you read that right!) twin-axle bus in the country and it will be produced at AMW's Kutch facility on the same production line as the existing trucks. The twin-axle bus will initially be produced as an inter-city bus and a low-floor, intra-city bus will be introduced later on. The bus is most likely to be launched in 2013.


AMW currently has 87 dealerships across India and are looking at expanding their network this year. Also, AMW is not looking at LCVs as the manufacturing process is capital/volume-intensive. AMW's focus will remain on medium and heavy commercial vehicles for now.