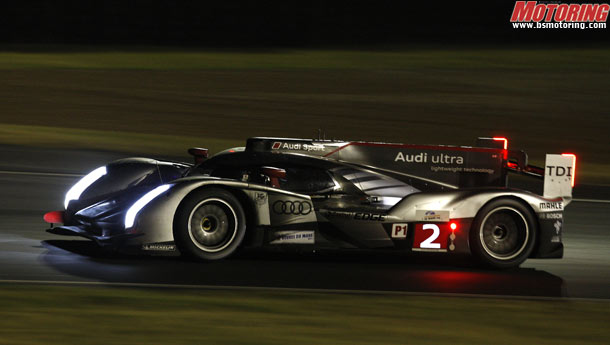 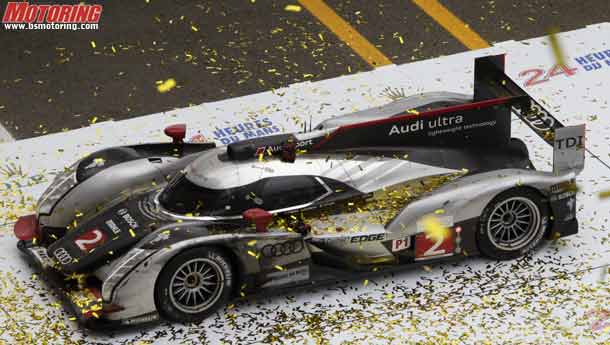 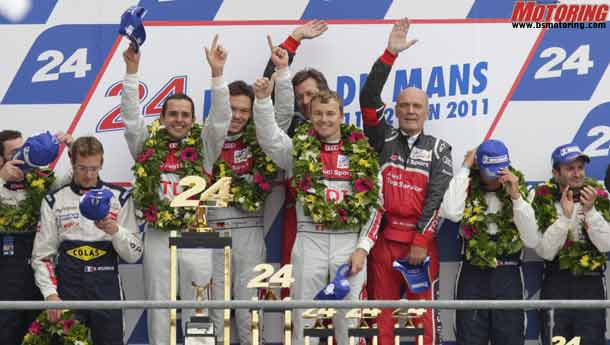 Le Mans 2011 had action aplenty. And some of it was scary. Like the two crashes that took out two of the leading Audi R18s. Allan McNish in the R18 TDi made contact with the Ferrari of Anthony Beltoise at the Dunlop Curves. This saw the R18 fly into the barriers, narrowly missing some photographers who were positioned there. Thankfully, no one was hurt, McNish too made it out in one piece.  The Number 1 Audi also left the circuit after an accident. After sundown, Mike Rockenfeller was forced off track by the Rob Kaufmann's GTE Ferrari at near Mulsanne.


So, it was up to the Number 2 car piloted by Benoit Treluyer, Marcel Fassler and Andre Lotterer to bring glory yet again to Audi. And they did it in style, holding off the attack from Peugeot. And it did seem like Peugeot was trying their best to make sure Audi wouldn't win. The lead Audi was blocked on more than one occassion by Anthony Davidson and Marc Gene too, despite the fact that the Peugeot was a lap down. In the last hour though, a fierce battle raged between Lotterer and Simon Pagenaud in the Peugeot. In the end, Audi took victory over Peugeot by under 14 seconds. Third place went to the Number 8 Peugeot, at that point driven by Nic Minassian.