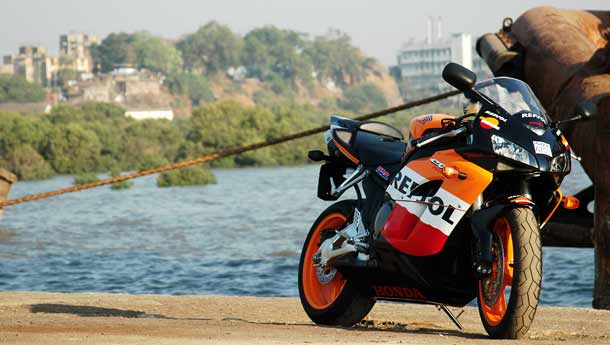 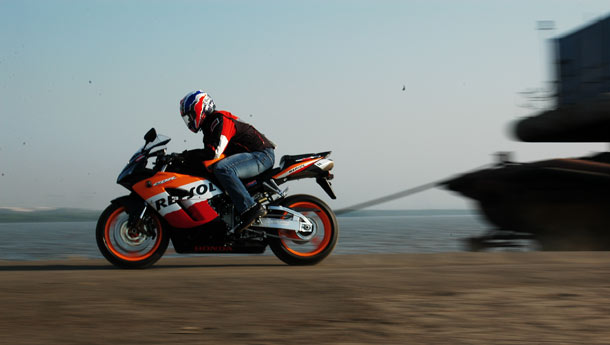 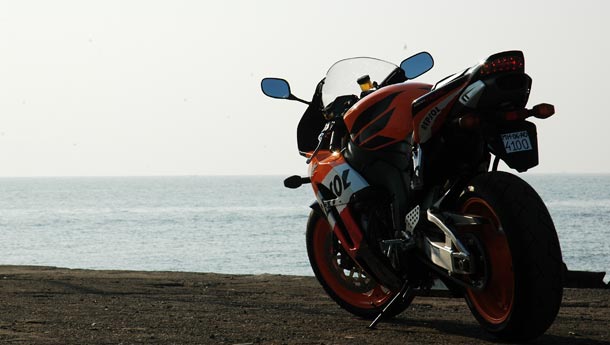 The story is set against the background of the tarmac and pits of Circuit de Catalunya or Assen or Spa-Francorchamps. The central characters are the rise and fall of a race-ready inline-four motor’s howl, Jeremy Burgess (who puts an arm around my nervous shoulders and says, ‘Come on mate, the bike’s good to go’) and a number 46 Yamaha.Sub-plots involve race team members who want my family jewels as a security deposit and one curly-haired Italian gent who walks by saying, ‘For sure you must watch out turn three. The motorbike turn very quickly, and you spin up if you not careful. Ciao!’

As I have come to realise since I hacked that story into the machine, journalists who get invited to ride MotoGP tackle at the end of the season are at the very peak of their careers. They’ve tested, ridden and networked enough to earn the full trust of race teams, who willingly hand out multi-million dollar motorcycles to them. To reach there, we have a long way to go.

In the meantime, we occupy ourselves with doing whatever comes closest. Today, for instance, we ride the 2005 Honda CBR1000RR Repsol Replica Fireblade. The sharp, even beaky motorcycle closely apes the look of the Honda RCV race bike in stock paint already. The Replica goes one better and (proudly) wears the main sponsor logos, stripes and flourishes. To stunning effect. You will note that the dream story is based in a Yamaha pit garage. But on the one hand, beggars cannot be (ungrateful) losers. And on the other, the bike looks so good, I’d happily settle for Hayden’s RCV if it ever came to that. So striking is the motorcycle’s appearance that I’d say the paintwork makes the headlamp, indicators and other trappings of the street look out of place. It is almost a surprise that the stickering isn’t shrink wrapped in lacquer and that ‘WARNING: RACE FUEL ONLY’ sign over the tank top is missing.   Underneath the 1:1 replica paintwork, instead of a near-250 bhp racing V-five lurks a stock 998cc Fireblade motor. The normal four-valves to each of four cylinders, double-cam sort. We’d never thought we’d be reduced to employing sinister words like lurk and stalk for factory-stock motors, but 180 bhp does usually have its way with a hapless journalist’s vocabulary.

The first time you roll the throttle open (twist gently, you have been warned) you will be convinced the motor lurks in, rather than hangs out in the twin-spar frame. You already know that Honda turned its superbike design paradigm on its head and this generation of Fireblades were the first to be born as racing machines and then fettled to be streetable. Despite that, the Honda remains the most street-friendly of the litre-class stormers. The progression in the power build-up, the crisp but smooth fuel injection are commendable on engineering terms and make the bike as friendly as a month-old puppy on the street.

At the same time, you do have to work with a deceptively smooth motorcycle that has a rather alarming ability to build up speed while you’re not looking. And by the time you’ve noticed that the wind is howling by in a force ten gale or that the digital speedo is flashing a number long enough to be the pincode, it’s too late, you’re wildly illegal already. Seriously, down a normal town road, as little as 4500 rpm on the tacho, in a fairly high gear, can still be too much. And at that point, you are a full 7500 rpm from the redline.

Rumbling along the streets is just one of the things the Fireblade does outstandingly. Down the highway – once you’ve established it is deserted enough to be unleashed – the bike thinks nothing of passing 200 kph (if the questionable legality of that were not an issue, of course). At all speeds, it remains calm (you’re the one having trouble with serenity), stable and utterly devoted to doing what you ask of it.   A large chunk of credit for that easy-to-approach nature goes to the HESD, or the Honda Electronic Steering Damper. On the bike, it looks like a big, black box mounted on the top triple clamp. If I were in a James Bond-ian sort of world, I’d say it records all your tomfoolery and bares all to your mates at the pub, in graphic detail. Here and now, it senses the bike’s speed and decides how much damping the steering really needs in real time. At parking lot speeds, the damper is almost off, giving you a light feel. Once you elevate the frame rate, the HESD will turn up damping to keep headshake at bay. The HESD also allows Honda to run fairly radical rake/trail geometry without the bike being labeled out-of-control, nervous, twitchy or Kawasaki. All of which it isn’t.

In the corners, the Fireblade is vehemently stable and neutral. So much so, that if you were starting out in the litre-class game, I’d say pick the Fireblade. It does seem a bit out of whack to label a scary-fast 180 bhp motorcycle benign. But you have to hand it to Honda, they can make a bike that will scare your socks off past 11,000 rpm and will still be friendlier than the pooch elsewhere.The brakes are very much in character. The maroon radial mounts for the callipers, dinner-plate discs look up-to-the-minute, offer racebike-spec brake force and somehow instead of intimidating the rider, they are eager, tolerant and highly effective. The ride takes me along one of the emptier coastal roads in Mumbai and it is easy to see that the Fireblade is the cynosure. And not just in a ‘is that John Abraham?’ or ‘Forin bike’ sort of way. Kids and youth in the crowd seem to remember seeing that bike on TV. ‘Er... Sunday afternoon, lads?’

We were genuinely surprised by two people, both of whom zeroed in on us. The first chap wanted to know whether the bike was a Nicky Hayden or a Max Biaggi replica. The other spotted Prashant’s Mick Doohan rep helmet and the Repsol colours and said, ‘It’s always nice to meed a dyed-in-the-wool Honda fan.’ Ever tactful, Prashant refrained from mentioning his earlier flings with Gixxers, R1s and even some cruisers. Instead of rumbling back into the echoing altar that is a pit garage, I rode into a dhaba for a vada-pav and a chai. A far cry from a team of in-uniform race engineers, judging the nervous shaking of my hands, or the blank look right between oh-my-gawd and I-did-it! Someday...