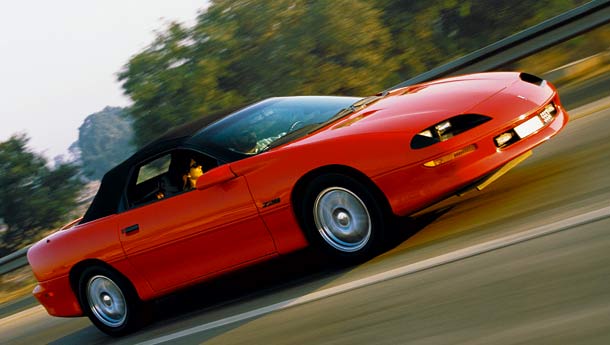 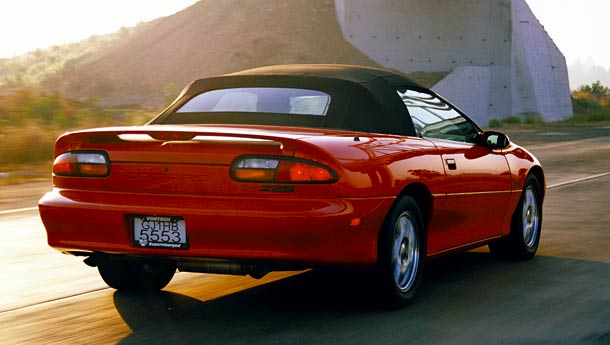 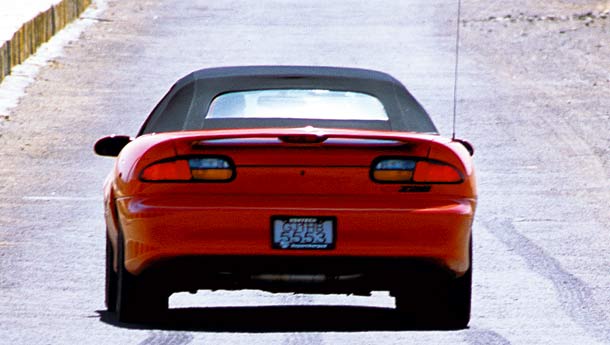 My road test editor has two types of grins. One comes alive whenever he meets a poseur – which means every other day – and the second, Sameer saves for occasions when a car does brilliant things. I remember seeing the second type when he was navigating for me at a particularly fast stage in the Raid de Himalaya. On that occasion, the Alto we were driving let its rear step out for a nanosecond as I grappled with the steering wheel to stay this side of a 16,000 foot fall, or man’s longest flight without the help of a wing.

On this morning, he was flashing that Type 2 grin again. The Chevrolet Camaro Z28 we were in, was travelling at a very brisk, illegal pace. We were doing close to 240 kph in the pretext of automotive evaluation, yet, trust me, we were not really endangering other road users, since all of them were sucked back into the big vacuum we had generated as we accelerated out of a toll-station. Now, I have done such speeds before and Sameer once forced the on-board computers of a Mercedes SL500 to self-destruct, as they took a sustained 250 kph attack in Indian conditions. But then, why that grin? Let me explain. To begin with, the Camaro was still accelerating, two, there was a certain degree of lateral movement as the tyres were not really in good shape, three, in all probability, my face looked as if I were being invited to see someone’s wedding video tape a third time.

I eased off the throttle, breathed without forced induction and pulled over to the slow lane and eventually came to a halt. And then did the 0-240 run all over again, this time trying to look a lot calmer and managing to ignore my partner’s grin. Let me assure you, I could have done that a zillion times without getting bored – the wheezing note of an American V8 inhaling through a Vortec supercharger, the smell of burnt rubber, the nice feeling when fast-spinning tyres catch up with power delivery, the sheer acceleration thereafter which makes you clench your teeth, as this ultimate wedge of a sports car cuts through speed barriers, the wind that threatens to uproot every hair in your scalp... if this isn’t absorbing open-top entertainment, I have no option but to recommend you Janet Jackson.   So where did we get this monster of a car from and what significance has it in the Indian automotive market? I could make up a winding story about how the Chevrolet brand name is making its presence in India, thanks to badge-engineered Daewoos, Subarus and Isuzus, and hence a five page feature of a Chevrolet, now available only in GM J-Body history books, makes sense. But the fact remains we couldn’t let go of an opportunity to drive an indecently quick and insanely fast automobile. Period.

The said, this black over red Camaro Z28 is a 1997 example and belongs to the Yuvraj of Gondal, who over the years, has become a good friend of Motoring. Now, Himanshu Sinhji is not just fortunate enough to be heir to some of the most exotic cars in India today (including a red Mercedes 300SL, a red Jaguar XK150 and a red Apollo moon rocket – so I made the last one up), but one who likes to fiddle around with his cars too. Unlike his father who brought Euro-exotics to participate in various races in his time, our man has a thing for wild American cars of the nineties and those who are familiar with Motoring  will certainly remember his green Corvette ZR1 we featured a year ago. So, in an attempt to satisfy his performance urge, Himanshu ordered a Vortec supercharger kit which he installed in this Camaro at his own garage! Anyone who thinks a Chevrolet LT1 5700cc V8 small block that develops 285 horse power is ‘only adequate,’ can be considered off his rocker, right? Now think of another 65-odd bhp with the Vortec wheezer and you get the picture of our man of the day. What we have not told you is that he is one of those guys who comes up to the photographer and asks whether he needs yet another burn-out.   As I told you before, the Camaro is not produced anymore after GM pulled the plug on its muscle cars – the Camaro and its ageing Pontiac twins, the Trans-Am and the Firebird – in an attempt to get more modern. In the minds of pure American car enthusiasts, the brawny V6s and V8s powering back-to-basic sports cars which cost a fraction of Italian exotica will live forever. And, oh boy, weren’t they dressed to kill! Those body styles and variations couldn’t have come from any other part of the world.

Like any automobile with original drawings dating back a few decades, the Camaro has its limitations. Space is always at a premium and the car never really has the handling prowess to match its prodigious performance. And that meant having gutsy people to drive it at its limit. Though, as we found out, driving this machine in cruise mode is a tough job indeed, especially if your car has been force-fed with a Vortec blower. Taking off without enough wheelspin in a Camaro Z28 is like going to a nude beach wearing a three-piece suit. This, certainly is a product of an era when car makers battled between themselves to offer chest hair as standard equipment.

This Camaro was meant to light up tarmac and the faces of people who drove it. It fulfils the performance promise and then overshoots it. You could order it with the bells and whistles that make sure it goes right side up all the time. And it has a big engine and an appetite so huge that their owners wouldn’t mind being fed directly from an oil well. Did you mention, fuel consumption? Then you can go in for the tame V6 version of the Camaro, as long as you can suffer dismissive Type 1 grins from some people. Enjoy the pics!