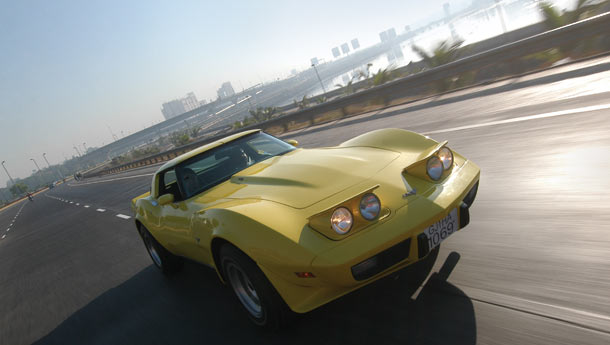 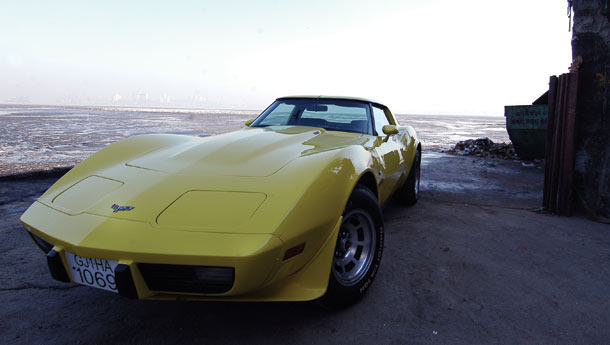 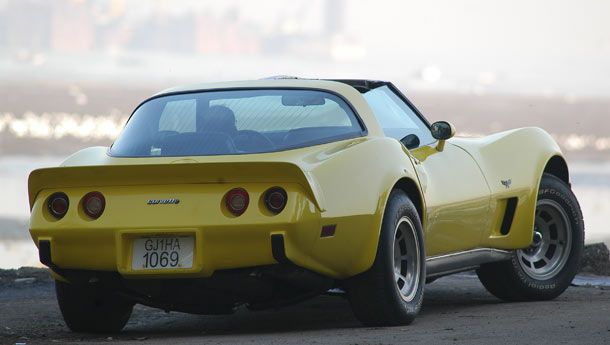 My wife loves cars, but it is not normal for her to accompany me to a photo shoot. But when I casually mentioned that I would be going for an early morning session with a Corvette, her eyes lit up. ‘You see, this is an old car... a 1979 model. And we are doing it for this issue since it is a speed special. We thought it would be nice to have something fast and iconic,’ I added. That didn’t deter her a wee bit, and the next morning, as the children slept peacefully, we slipped out of bed to go for a drive in the Corvette.  For your information, only a week before, I had told her I was going to drive a Ferrari and a Maserati on the same day and she’d decided to go to work instead.

The Vette charm, right? I know I could have started this story by talking about one Mr Harley Earl who owned GM Design for more than 30 years, his college-going sons who inspired him to make an all American two-seat sports car to compete with British imports, and of course, Zora Arkus-Duntov, a Belgian who grew up in Russia and gave Americans a legend of a sports car. But then, I prefer putting you in the driver’s seat first.
The Corvette that we have here belongs to the Maharaja of Gondal. It was loaned to us by Yuvraj Himanshu Sinhji whose Corvette ZR-1, Camaro and Jaguar XK150S have bruised and graced the pages of BSM before. And guess what, he is a good friend of ours and he trusts us with his precious metal. Well, fibreglass too.

So on that glorious morning, we had the Corvette all to ourselves. A very long automobile in the flashiest of yellows is not exactly the car I want to take my wife around in. But she was wearing a rather silly grin and occupying the passenger seat as I fired up the small-block 5833cc V8 to life. Let me tell you, this is the motor that linked the expression ‘to life’ to engines. As in the entire car shakes itself up as if someone has poured a bucket of cold water on it while it was sleeping. Then it settles down to a yawn of a burble, with the exhausts smoking on unburnt fuel. The Mako Shark II-inspired (the original Sting Ray was designed by Bill Mitchell, but the Coke-bottle form you see here was penned by David Holls who also worked on the Opel GT) second generation Sting Ray body continued all the way till 1984, and this one features the wrap-around, fast back, rear glass treatment which makes it perfect. The L-82 spec meant the car features, apart from the all-plastic front and rear bumper treatment (early models had chrome), a very racy chin and rear spoiler. The look, as the car was ready and warmed up to roll, was enough inspiration for me to drive it till the road ended.   The architecture of this car is impressive – you can actually touch the fat rear rubber when you are in the driving seat! And ahead of you lies a vast bonnet which begins in Michigan and ends in California. Alright, I exaggerated. Yet all fears of the ‘thing’ turning around vaporised as I rolled down the street. The car, as in most American cars of its time, has power steering which really works. The Gondal king and the prince are racers and they ordered the Corvette with the four-speed Borg-Warner manual gearbox so that they could go racing with it. After all these years, the gearbox is as robust as the day it left the factory. ‘Treat it like a truck gearbox, guys,’ Himanshu had helpfully told us over the phone.

The acceleration is not startling by today’s standards. A bit of research also tells me that the performance of Corvettes towards the end of the 1970s was not much to talk about, thanks to strict emission requirements and the terrible oil shock that America was recovering from. While the original 1979 model had just 190 bhp on tap, the spec-up kit makes it good for around 220 bhp.Let us forget the cold numbers for the time being, since this machine is all about the experience. Select first gear and release the heaviest clutch pedal this side of a road-roller and the Vette trundles along. Quick shift to second and floor the throttle and the massive rear wheels spin wildly as you are launched into a theme-park ride. Third, and back on the pedal, and my wife, I am certain, was considering divorce. Fourth, unleashed with a left leg now trembling thanks to the effort, gets the car close to its performance potential. And you realise why on earth the Americans have this eternal love affair with a sports car with dead leaf-springs at the back and a massive motor up front.   For a few stunning seconds, I could picture myself driving along with my wife on a vast expanse of a highway, mirages forming in the distance, yet to be harvested maize fields stretching to the horizon. Reality bites with a yellow-top taxi that decides to come to an abrupt halt. I quickly shoot off a letter to the front wheels with explicit instructions to turn right. By the time the postman delivers it to the addressee, I am sure I have had a couple of massive heart attacks. First, the front end avoided the taxi, then the front wheels, followed by the sculpted air-scoops,then me and soon the rest of the car. I drove on with the best, ‘yet another day in a motoring journalist’s life’ expression I could muster.

My wife, who knows how sensitive I am when it comes to comments on my driving, said ‘Wow, nice dashboard!’The Corvette, from the 1953-54 original to this day, has gone through numerous transformations. Even before this particular car rolled out, there were as many as 41 different engine variants – with the now famous ‘small block’ V8s which made their entry in 1962, to big block V8s that pumped out 470 bhp (take that, Porsche 911 Turbo!) in 1970 and straight-sixes that had the show and 195 to 300 bhp go depending on the year.

I have driven the original Corvette ZR-1 (though it was young gun Shreenand who drove the C6 Z06 recently in Detroit) and can tell you that a Corvette can be quite a fast weapon that can assault straight lines as well as go around corners. But in 1979, the argument for the Vette was quite weak and people who bought Honda Civics were considered politically correct. Even then, turn the key and listen to that rumble and you realise what magic a ‘skunk works’ team of GM employees did with a big V8 and a fibreglass body. A lucky bunch of Americans who grew up driving them would attest to it. Or you can ask my wife.