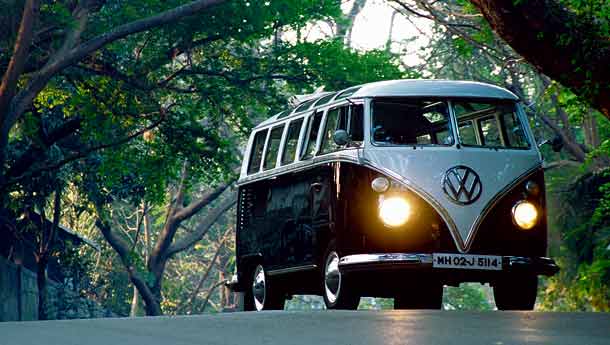 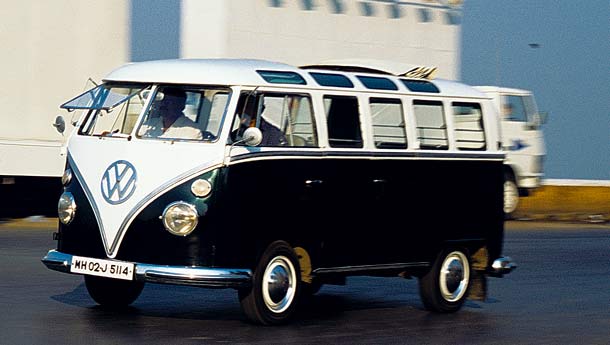 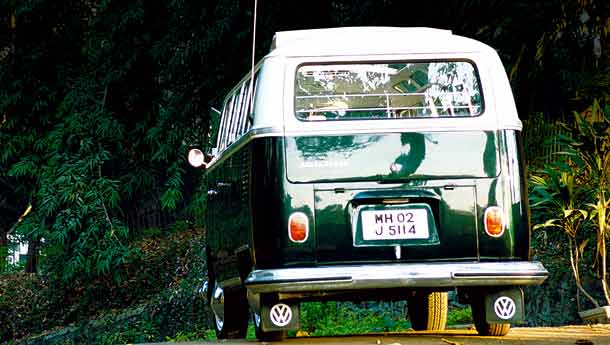 Here’s a simple recipe for making a legend. Take one part reliable, aircooled boxer engine, one part tough four-speed gearbox, one long durable chassis, a multi-leaf torsion bar and a swing axle. Arrange it all in a large breadbox using your common sense. Then give it a dual tone paint job, garnish liberally with chrome, affix a large VW in the front and serve it to all your near and dear ones.

Yep, it’s actually that simple. And that’s more or less how it was built. The story behind the birth of the Volkswagen Microbus is as cute as it gets. Ben Pon, a Dutch businessman, wanted to be the first VW importer in the world (which he eventually managed, but that’s not important now). For that, Pon went to meet the British officials in charge of the Volkswagen plant two years after the Second World War. He saw a rudimentary load-carrying pick-up – essentially a motorised platform on wheels cobbled from Beetle parts – busy doing the rounds in the plant. Which gave him an idea. He made a basic sketch in his notebook of a box with rounded edges and four wheels, something that resembled what a child would draw if you ask him to draw a van. He put forth the idea to the British officers and suggested that it could use the Beetle’s running gear, with the boxer engine, not surprisingly, placed at the rear.

Some years later, the German head of VW, the legendary Heinrich Nordhoff, came to know about this idea for a commercial vehicle based on Beetle mechanicals, and ensured it got into production. That’s because Nordhoff perceived the need for a vehicle that could boast the Beetle’s reliability and durability with a higher payload. Internally called the Type 2 (the Beetle being Type 1), it was the first all-new Volkswagen design after WWII, and in production form, it turned out to be virtually identical to Pon’s illustration!

Launched in 1950, it was a marvel in packaging, offering plenty of cargo space, large side doors, a heavy duty suspension and with a host of body styles including panel van, single and double cabs, ambulances, camper, and of course, the Microbus. It turned out to be so popular that over 800,000 units of the Type 2 were produced between 1950 and 1967.   One of them is in front of me, a superbly maintained Microbus, of 1967 vintage, just a year before the dual-tone paint and split-windows gave way to the more modern looking T2. Uh-uh, not to be confused with Type 2, that T incidentally stands for the mundane-sounding Transporter, and this is obviously the T1. That too, this particular model is the Samba version with ‘safari’ split windows. Samba? Safari? Yup, the Samba was essentially a deluxe Microbus for carrying up to nine passengers, and with a bunch of little windows arranged around the roofline. In total, it has 21 windows, and VW also offered a model with all of 23 windows! There’s also the biggest sunroof you might have ever seen, the canvas top stretches virtually end-to-end, and when you open it up, it’s like one of those chopped tourist double-decker buses. The safari windows were meant for hot countries – just lift them up and let the air come in while you drive. Not recommended of course when there are lots of insects buzzing around. And it’s also recommended not to brake too hard, there are no seatbelts to hold you back, you see.

And know what, it’s great fun. Regular readers of Motoring would know that I have a 1960 Volkswagen Beetle, the sunshine in my life. Experiencing what’s virtually the same drivetrain in a different body was a delight altogether, some of the sensations so familiar, some of it so alien. For starters, the heady beat of the boxer – that brilliant throbbing sound – is reassuringly the same, only it seems to be emerging from the back of beyond. The steering wheel, the instruments (at least the few of them that are scattered around), the gear lever, the handbrake... all are borrowed from the Beetle’s parts bin. Only their placement is different, thanks to a different driving position.

So the gear lever is really long and the handbrake is vertical. And the steering wheel is something else altogether. It’s like holding a round serving tray with the Wolfsburg badge in the centre for decoration – it’s placed perfectly horizontally. Which means that every time you take a turn, it’s like offering your guests some tea and biscuits (‘Please have some.’ Turn. ‘No, no, don’t hesitate, have some more.’ Turn). But even if you’re not familiar with Beetle parts, you would be instantly comfortable in the Microbus. You sit high up, almost on the front axle, which means taking turns with this rather long vehicle is quite easy.   Placed just aft the rear axle is the horizontally-opposed four cylinder engine of the Beetle. Over the years, the engine grew in size, this 1967 model is powered by the 1498cc unit, which made its debut in the Microbus in September 1961. This boxer engine develops 44 bhp at 4000 revs and 10.8 kgm of torque at just 2600 revs. Not much, you think, but somehow it works wonders. Usually, the Beetle loses steam up inclines, but with this enlarged engine (and even a heavier body), the Microbus climbs up without missing its distinctive beat. The four-speed gearbox is a heavy-duty unit, and it does a great job of extracting power from the engine... and for a person like me who’s cagey about classic/vintage gearboxes, it shifts perfectly.

Driving around the streets of Mumbai, I am thinking about how practical the Microbus is, and that I wouldn’t mind owning one to complement my Beetle. Other than its length – about as much as a D-segment car – there is no reason why the Microbus can’t be used on a day-to-day basis. It’s spacious, manoeuvrable, reliable, good-looking, comfortable, offers immense headroom (the sky’s the limit!) and is full of character. Now which modern car/SUV/MPV can fit that description? The Microbus rides just as well, it has a fully independent suspension set-up at both ends, with transversely placed multi-leaf torsion bars at front and a swing axle with twin solid torsion bars at the rear, and telescopic shocks all around. Whether it’s fully loaded or nearly empty, the ride quality of the Microbus stays the same.

It’s perhaps due to this egalitarian nature, or simply the Beetle’s rub-off effect that the Microbus came to be associated with hippies and the like. If there was one automobile that exemplified the heady 1960s, it was the Microbus. Done up in psychedelic colours, it was a perfect complement to those Flower Power and Free Love folks. In 1960, Volkswagen introduced the camper version, which was fully equipped for living in (yes, it also included the kitchen sink), that turned out to be a raging success. The open road turned out to be people’s homes. The Microbus was mainly associated with Jerry Garcia and his band, the Grateful Dead. They covered many miles of the US highways in his psychedelic van and toured the country, giving concerts. In fact, the association with Garcia was so high that when he unexpectedly passed away, there were posters of a face of a mournful Microbus with a silent tear emerging from one of its headlamps. Yes, it was also a loving, dependable friend...