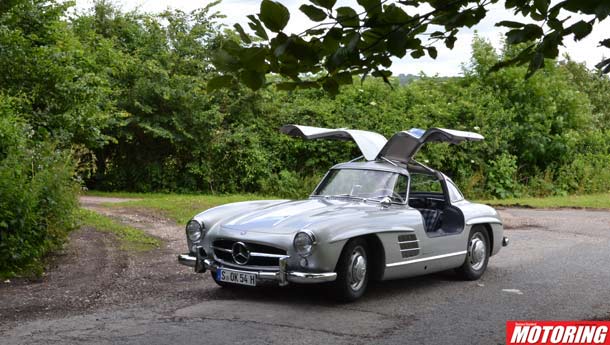 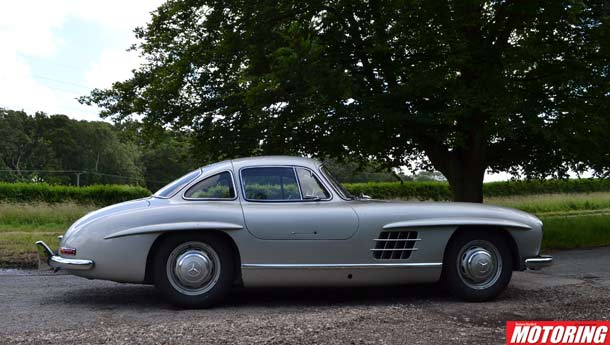 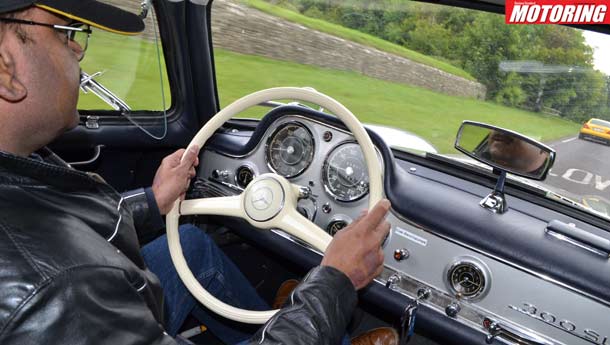 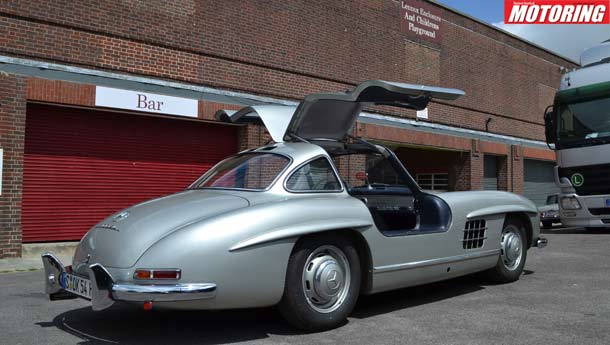 I think a lot about death. Will I ever be prepared for it? Either mine or those of the ones whom I love? Most of us are never ready for it, even though we know that it is inevitable. We live our lives as if we’re going to be there tomorrow – but will we be there? There’s no guarantee. However, that does not stop us from squeezing every little second that we have on Earth. You know that death is hovering around all of us all the time, but that’s a thought that’s buried deep, deep, deep in our subconscious, allowing us to go ahead with our lives as if death doesn’t exist.

That is the biggest strength as well as the biggest weakness of us human beings. We either compose a great piece of music that uplifts the world or greedily acquire wealth through dirty means as if we’re going to take it with us to the hereafter. Most of us are in the middle, leading our lives normally, accepting the good with the bad. We have our bucket lists, which we aim to complete in the duration we occupy our physical bodies; this I think is a pretty good way of being somewhat ready for death.

Why these morbid thoughts? Because driving the Mercedes-Benz 300 SL Gullwing was one of the very few items in my bucket list. Ever since I became aware of this car, I terribly wanted to drive it before I popped it. Not even own it, mind you, but just drive it hard and fast. It has been a longing for well over two decades now, so you understand how exactly I felt when I got behind that skinny but flawless two-spoke wheel on the same day I completed 15 years in Business Standard. So it shall be written, so it shall be done! It happened one day on the outskirts of the Goodwood race track in the UK, where the manufacturer had shipped in classic Mercs from the museum in Stuttgart for the Festival of Speed. And I had only 15 minutes with the car.

Unless you are a lithe race-car driver, there is no elegant way to get into the SL. I use the high and wide sill as an interim seat to tuck my legs inside. Once seated in the classic and typical blue-and-grey tartan seat covers, it all comes back to me. I have imagined myself in this position countless times before, having ‘driven’ my virtually identical Bburago 1:18 scale model on many late nights. The Mercedes man in charge of the classic cars is instructing me about starting the car, but he could be talking in German for all that I cared at the moment. I simply wasn’t paying attention and did not even try. I was just staring gobsmacked at the two clear dials. This layout has a direct connection to the racing ancestor of the Gullwing, the W194 – the two key dials were always visible to the racing driver and the two low-set spokes of the steering wheel didn’t intrude on his vision. In front of me, the famous low-slung bonnet with the twin bulges. Shucks, this is goose-pimple inducing stuff.

Start the car and the inline-six doesn’t sound rough at all. Snick the lovely ivory-ball topped gear lever into first and out we go. There are no demands from the engine, no urging from this ‘50s supercar to rev it to the redline right from the word go. It trundles along in second and well, I didn’t have plans of just trundling around in this car, even if it would cost me a lifetime to own it. 300 SL Coupés typically change hands for a minimum of ` 3.5 crore, and this one, which belongs to the museum, was in such great shape that it was as good as new. Floor the throttle and the engine picks it up instantly – the responsiveness is unbelievable. Today, with drive-by-wire and huge changes in technology, we take responsiveness for granted, but in a 58-year old car! That’s really awesome.

The 2996cc inline-six, which was essentially borrowed from those large, luxurious Mercedes blimps, but fuel-injected in the Gullwing, was actually more powerful than the racing car! In modern cars, the opposite is usually true, but imagine a road-going car that developed more power than its racing sibling – unheard of then and even now. The racing W194 produced 172 bhp at 5200 rpm, but this one pumps out 212 bhp at 5800 rpm and 28 kgm of torque at 4600 rpm. The sound that emerges at low speeds is just muscular, but when the revs increase, it becomes a triumphant wail. The Gullwing accelerates so beautifully that it is something that can only be experienced. It is made for speed – going fast is the reason it exists. In no time, it is well past 100 kph on narrow English country roads and the engine has so much, so much more on offer. Do I have the capability of tapping its potential? No idea. I cannot believe this car is almost six decades old – its performance is so flawless, so aggressive and so instantaneous. Can you even imagine how sensational it would have been then?

It has a four-speed gearbox to extract the engine’s juice, and surprisingly, that’s all you need. The gearshift has a beautiful mechanical feel to it and it slots so surely; heck, racing car drivers need that precision. The strength of the SL’s straight-six is its immense tractability. The reason for the immense ability of this engine is because a major portion of the torque must be coming early on, which explains why it doesn’t feel skittish at low rpm. There is complete docility; it has no airs of a cantankerous supercar. Heck, I don’t even have to slip the clutch, which is what I do in older cars to harness their power. Here it is just switch-on/switch-off using your right foot. In third gear, right from around 2000 rpm, it pulls strongly. It pulls, pulls, pulls as if the engine can rev to infinity, and I shift to fourth at the 6000 rpm redline. There is no let-up from the engine – no flat spots, no pauses, just unadulterated performance.

The not-so-secret magic ingredient of the Gullwing is of course its spaceframe construction, comprising triangles of strong but light tubes over which the steel-and aluminium combination body was draped. The tubes especially bunched up near where the doors are located, so it was expedient to give it the unique gull-wing doors. Form followed function and it turned out to be an object of beauty and desire. Having driven a lot of old cars, you can understand how weight was dominant in these machines. But here, the lightness translates to a car that is nimble and very, very fast. And I could feel the lightness as I drove it. It howls past the English countryside and never do I feel a lack of control. There is no worry that I will wrap it around a tree or go off the road at high speeds, even if it so hugely expensive. The Gullwing becomes one with the driver; it will do what you ask it to do. The car’s limitations are your limitations. To reiterate, a sensation like this in a car so old is simply unbelievable.

Why is this car so special? There are many reasons why. It was the fastest car of its era; those gull-wings made it the most unique car in the world; it is incredibly stunning to look at; it showcased race-bred technology for the road and more. But for me, it is the bigger picture. The Gullwing is immortal because it is proof that man can mimic nature, and that too successfully. So many natural things are beautiful because form follows function – a shark is hydro-dynamic because it needs to move fast, a peacock has those fancy feathers because it has to attract a mate, a tiger has those stripes to camouflage itself, a flower is pretty because it needs to attract those honey-sucking insects, and so on and so forth. Similarly, with the Gullwing, the way it was built inherently decided the way it looked externally and the way it behaved as well. The engine for instance was canted by about 50 degrees to give it the low silhouette – and that explains one bulge on the bonnet. The other, well, it looks good, doesn’t it? The side vents were not for making a design statement but to help keep the engine cool. The side protrusions over the wheels could have been ‘splash shields’ or to prevent the car from getting hurt, but they had aerodynamic benefits. Every single aspect of the car is the way God would have made it – it has to serve a purpose and that is enough to impart it with good looks. As I have mentioned several times before when I drove the 300 SL Roadster, if God were to create a car, it would be this.

Actually, it was a few gifted men who helped create the Gullwing. Rudolf Uhlenhaut was the chief engineer of the W194 racer and it was his idea of making a light space frame chassis because the rest of the car was borrowed from existing production components which were heavy. The evocative skin on the space frame was designed by Friedrich Geiger, but he was not so well known because the cars that emerged from the plant were always considered as Sindelfingen bodies and not by the individual designer’s names. And then there is Maximilian E Hoffman, the American importer who forced Daimler-Benz to make a production variant of the immensely successful 300 SL racer. It may be late, but God bless you all.

I think a lot about death. I even fantasise about it. It usually involves being a Mercedes-Benz 300 SL with the gull-wings soaring upwards.