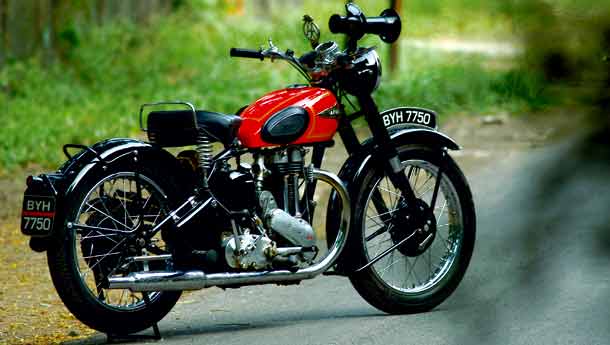 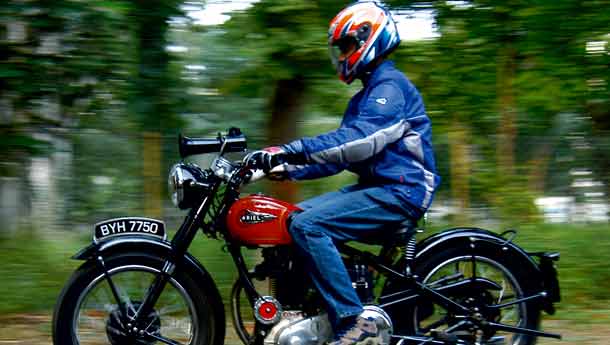 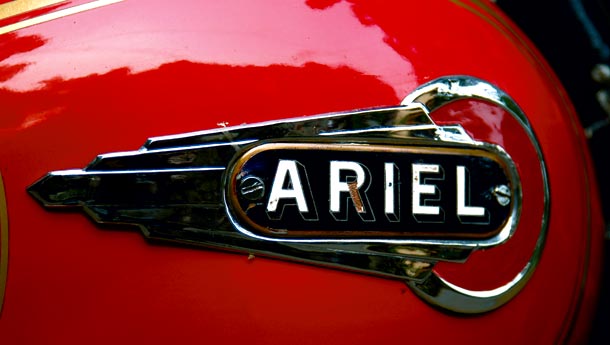 I don’t know about you, but I happen to think that today’s frenzied pace of life is overrated. Life in the fast lane may be Don Henley’s cup of gasoline, but as far as I’m concerned, the world would be a better place if everyone took it easy. Life’s little pleasures are best enjoyed at a languid, near-comatose pace – a freshly brewed cuppa along with the morning papers; a slice of rich chocolate cake; a glass of fine French wine; bunking office on a rainy day; a walk along the beach. Everyone will have something to add to this list, but let me be the first – riding a classic British single, in this case an Ariel Red Hunter, up and down some leafy avenues in Pune is right up there with cake-eating and office-bunking.

The bike I was riding had its origins in a sewing machine, believe it or not. Way back in 1861, a chap named James Starley, who was a foreman at the Coventry Sewing Machine Company in Birmingham, decided that machines that helped stitch undies weren’t quite as exciting as those that moved people from point A to B. Thus inspired, he set up the Coventry Machinists Company and began building bicycles. In 1870, in partnership with William Hillman, Starley introduced the first commercially produced bicycle, the Ariel ‘high wheel’ model, to the public. It featured tensioned wire-spoke wheels and was the first all-metal bicycle, a significant improvement over previous wood-body/metal-tyre designs. It was also the first model to be named Ariel, after the fairy Ariel (‘a spirit of the air and guardian of innocence’) in Shakespeare’s The Tempest.   In 1898, Ariel began building motorised tricycles and four-wheeled cycles. Using a 1¾ bhp, 239cc engine, their first tricycle was also technologically advanced for its time. Unlike other makers, Ariel put their engine in front of the rear axle, vastly improving balance and handling. Features such as enclosed driving gears to keep out road dirt and lubricated gear teeth for improved reliability were also to be found in these models.

The 1947 Red Hunter on which I was chug-chugging along at a non-violent 50 kph was, obviously, considerably more powerful and advanced than their first tricycle. A handsome, well-restored machine with an overhead valve 350cc engine, the bike was a real pleasure to potter about on. The engine kept up a relaxed thump and, like most bikes of its kind, had large reserves of torque at very low revs. Gear-shifting was effortless, unlike a few other classics that I’ve had a go on. It handled rather well too, despite the somewhat rigid rear end, and allowed me to lean into corners with far more confidence than is normally the case with old bikes. Best of all, it actually stopped when I applied the brakes, again proving itself to be the most useable classic I’ve ridden to date.   The Red Hunter is considered by many to be the definitive British single of its time. The 350 was very good and the 500cc version was just as reliable and as good a handler, plus it was genuinely fast – 125 kph came up fairly quickly. Red Hunters were designed to be road bikes, but they saw great success in various forms of off-road events. Sammy Miller, a famous trials racer of the era,had a specially modified version codenamed GOV132, with which he won almost everything there was to win. He even tried to convince the company to build a replica, which would doubtless have sold in huge numbers, but the management had cold feet and shelved the plan.

Ariel, as a company, was never considered as important a name as, say, BSA or Triumph, certainly not in the post-war period anyway. However, they do have an important claim to fame: they had three of the most influential British designers and engineers of the era working for them, men who were responsible for many of the industry’s groundbreaking designs from the thirties onwards. Val Page was a brilliant production engineer who excelled at production-ready designs, the man behind the Red Hunter singles. Bert Hopwood joined him as an assistant while only 18 and fresh out of college, and he was later to be a part of almost every major British marque. Edward Turner, the flawed genius behind Triumph’s legendary motorcycles, had a knack for compact, good-looking designs and an instinctive knowledge of what would appeal to riders. Between the three of them, these men shaped much of the British motorcycle industry in the fifties and sixties, so it would be fitting to say that Ariel, although never mentioned in the same breath as its peers, was indeed the big daddy of ’em all.