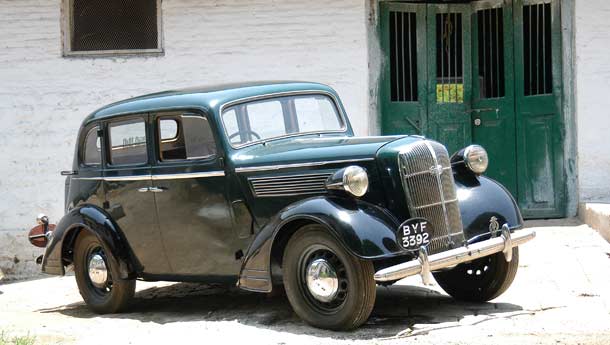 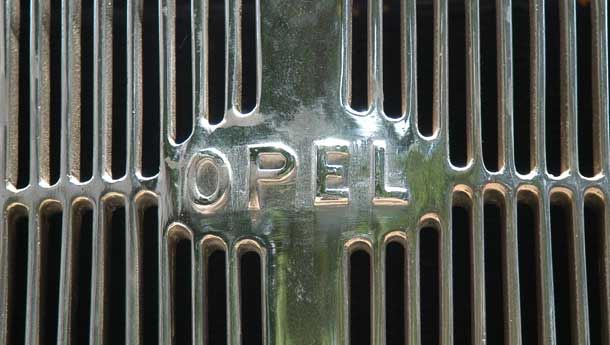 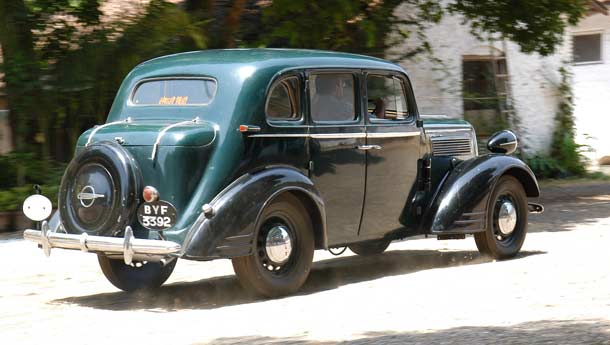 I have often wondered why Opel is never mentioned in the same breath as Mercedes-Benz and Auto Union in the Hitler era – you know, it was also a German firm and the all-powerful Reich was backing these auto makers to take on international firms. Don’t call me a dimbulb, because it’s only when I was reading up on Opel that it struck me that General Motors was already owning the car maker lock, stock and double-barrelled carbs. Opel was, to put it in other words, in foreign hands.

Adam Opel AG was already the largest car maker in Germany before GM picked up an 80 per cent stake in 1929, and by 1936, it consolidated its position as the largest automobile manufacturer in Europe. They managed this feat by being the first German auto firm to invest in mass-production assembly lines, way back in 1924. Which meant that while the Silver Arrows were creating history at each Grand Prix event and putting the fear of a resurgent Germany across the globe, Opel was concentrating on manufacturing and selling as many cars as it could. And bicycles too. In fact, it was the biggest bicycle manufacturer in the world, but sold off the business in 1937 to NSU to devote its energies to automobiles. And in its initial days of car manufacturing, it was also Europe’s biggest sewing machine maker! Yup. Opel’s history is quite interesting, isn’t it?

One of the key six-cylinder models from Opel in those heady pre-war days was this, the aptly called Super 6. Available in four- and two-door limousine and four-seat cabriolet formats, the Super 6 was fairly successful, selling over 46,450 units in its short life, from late 1936 to 1938. How did it manage that? One reason was that people could buy a large, elegant six-cylinder saloon at a value-for-money price – between 3,550 to 4,200 Reichsmarks in 1937. And the other reason you’ll best understand is when you drive it.   It seems that this 1938 Super 6, owned by the Pune-based Sable brothers, was driven all the way from Germany to India by its first owner some 60 years ago, and was languishing somewhere before it was put into shape by the Sables. Driving it around Pune today, I am not surprised that the Opel did that adventurous overland journey – and I am sure, given a chance it would do it all over again! I can say that with confidence because the drivetrain is brilliant – even after 66 years, it shows no signs of ageing.

Start the magic with a starter button placed on the floor. The 2473cc six cylinder engine with overhead valves comes to life with a whisper. It develops 55 bhp at 3500 revs and a maximum torque of 14.8 kgm is yours for at as low as 1600 rpm. Thanks to the torque arriving so early, the Super 6 is easy on the move and is extremely driveable even in the messy Pune traffic. There’s something to be said about inline sixes, they offer great overall performance, the engine doesn’t feel stressed out and there’s adequate power on tap across the range. In fact, Opel was quite adept in manufacturing inline sixes, having been at it since 1916, when they first introduced a large 4700cc motor. Over time, it looks like all their experience had paid off, when they could produce a smooth inline six like this, displacing barely half the cubes as their first one. In fact, this engine and a 3626cc unit found in the larger, more expensive Admiral were freshly developed for use in their premium saloons. The Super 6’s 2.4 unit would later be used in one of Opel’s best-sellers, the unibody Kapitan in the following years after the war.

The other half of the magic setup is the three-speed gearbox, transferring the power to the rear wheels. The ‘low-noise’ gears are well-spaced; while you’ll need the first only to get moving, you don’t stay much in second either. Shift to third, and et voila, it’s like an automatic gearbox – a fourth gear is unnecessary. Thanks to the early torque, you can relax without having to downshift and drive around. However, I wouldn’t mind shifting gears for its own sake because the gearshift quality is that brilliant – I swear on my 1960 Volkswagen Beetle, it’s better than some of the production cars in our country today.   Except for power steering perhaps, the Super 6 would be a neat everyday car even today. I could have done with power steering because though that three-spoke steering looks spindly, it actually is not. At U-turns, I had to exercise every muscle in my arm to turn the car around – however, it was the case only when taking sharp turns, which one wouldn’t have encountered in the Germany of those days. Hitler’s autobahns were fully functional by then, you see, which means the Super 6 could easily attain its claimed top speed of 115 kph on those fantastic roads. The Opel rides well on both good and not-so-good roads and body roll is minimal. It has an independent suspension at the front with reaction struts and shock absorbers, while at the rear is rigid axle with semi-elliptical leaf springs, shock absorbers and a stabiliser bar. In fact, in 1938, Opel made some minor changes to the Super 6, where they increased the rear track and consequently, the width of the car. Thereby offering more rear shoulder room for passengers and a more planted stance. And the worm section steering gave way to a worm-and-nut setup, for increased driving precision. Sit back, relax and drive.

And that’s all you will do, as there’s not much to fiddle around inside. The dash is extremely spartan and the spread of so much plain metal is actually unnerving: Is something missing? Is that all you need in a passenger car? Shouldn’t there be more buttons or doo-dahs in what is essentially a premium saloon? Wonder how basic the entry level Opels – the four-cylinder Kadett and the Olympia – would be then. However, I liked the two circular gauges with needles that move downwards and anti-clockwise, neat and very 1930s.

In fact, there are these art deco touches all around the Super 6, right from the missing hood ornament to the chrome strip running from one end to the other, the way Super 6 is written on the chrome-lined horizontal louvers to the wheel caps. Yet, the Super 6 can’t be in any terms be called good-looking – it’s too basic and functional, maybe the only nice thing I could say is, it’s faintly streamlined. And it looks best in the two-door and cabriolet format illustrations that you see in these pages.

The Super 6 was one small cog in the whole GM-owned Opel wheel. If you remember, it was General Motors’ Alfred Sloan who made sure that people stayed within the GM fold by offering a brand and a car in
every segment. Thanks to this successful strategy which was implanted into their European operations as well, Opel could offer as many as 23 different models to its customers across the price range and keep them happy by building them well. The Reich’s support was not exactly required, right?