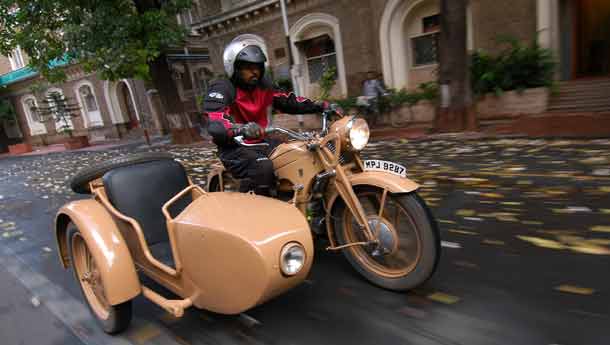 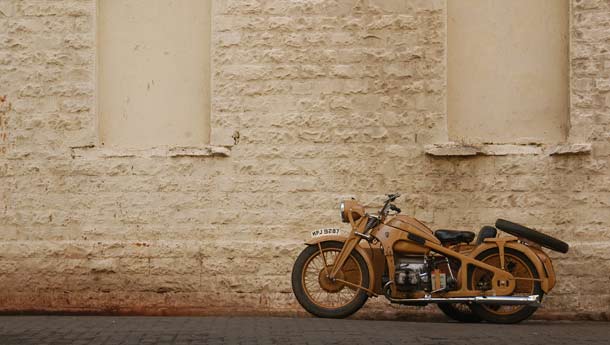 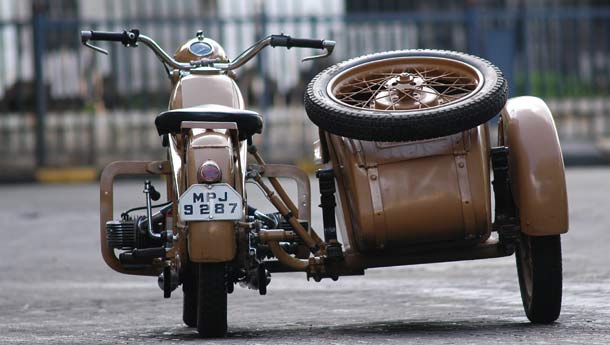 I’m not suicidal and I still haven’t planned my final ride to kingdom-come. And even if I had, a sidecar wasn’t it. What I was thinking when I got into the sidecar of the Zundapp Boxer? (Er, you weren’t – Pablo). Anthony – the gentleman who restored the motorcycle – assured me (or at least tried to) that everything would be just fine as he gassed the throttle. Mind you, I’m not scared yet, but not happy either and my ears have a distinct ring in them. Since it’s a ‘left-hand ride’ motorcycle, opposing traffic is way too close to the sidecar for comfort and the exhaust is just near my ears. ‘Don’t worry, I’ve been riding the Zundapp for a few years now,’ says Anthony as a big red bus whizzes past in the opposite direction inches away from the sidecar. Okay, I’m now pretty terrified and we’re still about ten minutes from our planned destination. ‘Calm down,’ I told myself and I did, just after I closed my eyes for the remainder of the ride.

Zundapp, originally Zünder-und Apparatebau – a German arms manufacturer – was started in 1917 by Fritz Neumeyer and Friedrich Krupp. Initially the company made detonators but after the First World War, Neumeyer took control just as a bulb lit up in his head with a motorcycle in it. The first Zundapp rolled out in 1921, the Z22, a simple people’s motorcycle from their Nuremberg works. From 1933 onwards, Zundapp hit a goldmine with their K-series (K standing for Kardanantrieb, meaning shaft driven). These rugged, heavy machines were offered with horizontally-opposed engines ranging from 200 to 800cc and were immensely successful till the eve of WWII.

This 1938 KS600, one of Zundapp’s K-series shaft-driven motorcycles, was discovered in a garage in Mumbai more than a decade ago. A rather rare and imposing machine, this particular Zundapp has a 597cc boxer twin, while the sidecar’s a W Krad B1 that came as an aftermarket option back then. Zundapp’s hundred per cent German, so don’t be fooled by the logo that looks as if it has Japanese characters, it’s just a Z with styling that’s inspired by a flash – er, one that’s caused by a detonator.

This KS600 changed hands a few times before the current owner decided to put it back into shape. Missing bits like a wheel hub, engine cover, electricals, bar grips and tank pads, along with a telescopic fork from another motorcycle that found its way on to the KS600, made the restoration an even bigger task. Small yet thoughtful and essential bits like Magura handlebar grips, inverted levers, a brand new, original petrol tank cap and tank rubbers were imported from Germany. A Panther with girder-type forks and a rolling Zundapp chassis were also bought to help complete the job. The Panther, of course, was never used and ended up getting a new lease of life. But that’s another story.

A glance at the KS600 and she looks as menacing as the word Zundapp, yet the boxer-engine’s bulges make the KS600 look as hot as Claudia Schiffer in a catsuit. There no more sitting in the sidecar for me, I’ll take the controls now, thank you very much. Kick starting the KS600 is as easy as... well, it’s easier than that. It requires absolutely no effort to make the German beast rumble to life. The gearshifter is pleasantly
un-British, with a left-side shifter in the regular one-down, three-up pattern.

Anthony, it seems, wanted to get me into all sorts of trouble with the KS600. He assured me that it was easy to ride and boy, was he kidding! The KS600 behaves itself as long as you’re riding in a straight line. Wait a minute, it doesn’t do that. The handlebar almost locked to the left actually makes it go straight, so you look somewhat ridiculous put-putting down the street as you lean towards the sidecar. Riding with a sidecar breaks every single rule you learn while riding a motorcycle. Lean in or lean out, it doesn’t really matter. And if you think that’s no big deal, try taking it around a corner. The handlebar locks up and the Zundapp transforms itself into an instant merry go-round. It refuses to straighten up and wants to run circles around you, until you flex your forearms to pull the handlebar out of the lock. The brakes, on the other hand, worked well for a motorcycle of the ‘30s – that is, as long as you could steer it correctly. Lesson learnt, I’ve now enrolled in a gym and booked a personal trainer.   The KS600 is a four-speeder with an interesting design on the gearbox. The gearshifter is operated by chains, just like the type you have on a multi-speed cycle, but unlike the clatter on cycles, the gearbox was surprisingly quiet and slithery smooth, another marvel of German engineering I guess.

The engine feels like its being driven by 28 rather elderly horses, but is capable enough to tug along a sidecar while allowing you to have some fun. Although the spec sheets suggest the 600 is capable of touching 100 kph with the sidecar attached, I’d need to be stark raving mad to even attempt it on this machine. Anthony, of course, tried his best to persuade me.

Zundapp made about 20,000 units of the KS600, but the Wehrmacht’s requirements for a Second World War machine made Zundapp re-think their design. A completely new KS750 succeeded the 600 for military use, while the more popular KS601 was designed for civilian use. Plunger suspensions, hydraulic brakes and a shaft driven sidecar were incorporated into the KS750 to build the German army’s idea of a technically perfect motorcycle – which, by the way, cost as much as two Volkswagen Kubelwagens. Zundapp later dumped their larger machines and went on to make two-stroke scooters to compete with Vespa in 1953, but dwindling sales and growing expenditure ran them into the ground. They eventually packed up their 1,200 production machines in 1984 and sold them to a company in China for 15 million Deutsch marks.

As I trundled down Mumbai’s old business district, the KS600’s exhaust note reverberated off the old stone buildings and the engine settled into a steady rhythm. I could live with this machine. Now if only I were a bit stronger.