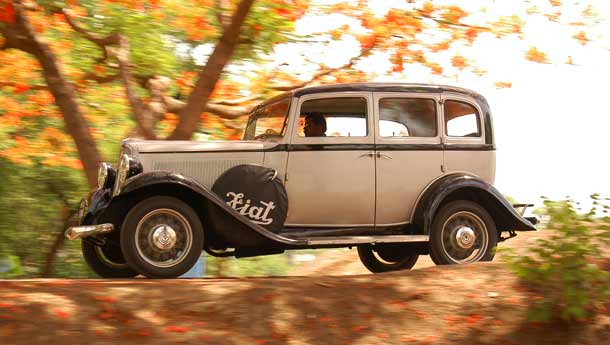 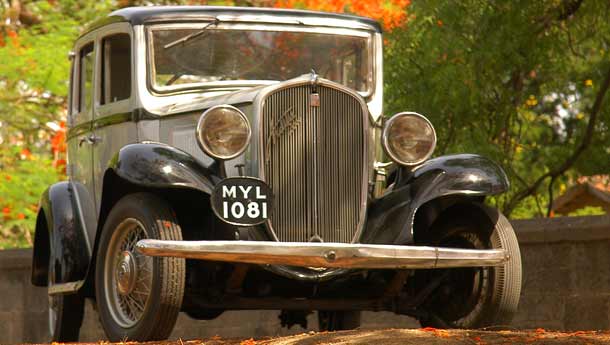 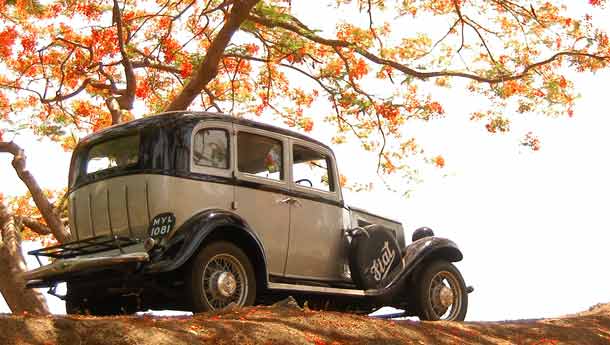 Problems  come. Problems go. If you have been around for 105 years, then surely, a crisis like this would be a mere blip in your long history. I am talking about Fiat of course, the nutty Italian manufacturer that makes some great cars but doesn’t know what to do with them. People say it’s difficult for Fiat to emerge unscathed from its current financial problems and that they are more or less finito, but I think as long as they make good, well-built and thoughtful automobiles, there shouldn’t be much to worry about.

Take for instance this car that I am now driving. It was manufactured at a time when both Fiat and Italy were going through some tremendous upheavals. European nations were getting at each others’ throats thanks to their fiercely nationalistic and protectionist policies, Italy was under the grip of the Fascists and the country was yet to emerge from an economic crisis that started with the first World War. Fiat specifically had to put up with government policies that were dictatorial. Which meant curbs on how much you could sell in the domestic market, restrictions on how many cars you could sell abroad, and a host of other unfair economic measures. Then Italy invaded Abyssinia, leading to sanctions being imposed. And WWII would soon begin and everything would be devoted to production towards the war effort. And you call this a problem?

Pardon me for that little bit of economic history. It’s just that I wanted to put things in perspective. Here I was in Pune, puttering around in an automobile that also has been around for 70 years now – almost three-quarters of the time the company has been in existence – and wondering about Fiat, its cars and its penchant for getting into trouble. And since this particular Fiat did not ask for too much attention from you for driving it, I had enough time to ponder about all these.   For a car that’s been around since the time an ex-corporal with a toothbrush moustache assumed power in Germany, the Fiat moves easily just like... well, how cars from the 1930s moved, and still, the engine starts instantly (a foot-operated lever does the trick), the gears fall perfectly and it looks as if it can keep doing this for the next seventy years. Yet, it’s not a highly expensive, over-engineered car; it’s one of those typical mass-produced, normal bread-and-butter models that Fiat is so good in making. It’s the type 518, better known as the Ardita.

The 518 primarily came in two versions and with two engine options. The 518 C was the short wheelbase (2,700 mm) version – which you see here – and a long wheelbase version (3,000 mm), called the 518 L. The two engine choices were a 1758cc inline four in the Ardita 1750, and what we have here is the Ardita 2000 saloon with a 2000cc engine. A sports version, the 518 S, with a lower, streamlined body sitting
on the short wheelbase chassis was also available for sale. Of the 7,452 units that were produced between 1933 and 1938, a 1935 model was imported into Mumbai, which somehow landed up in Belgaum. Eventually, it was acquired by the Sable brothers of Pune who superbly maintain a fleet of other vintage machines too.

This particular version is perhaps the ‘colonial version’ of the 518, a model that was made for ‘colonies’ – essentially, with a beefed-up suspension and a minor reduction in performance. Displacing 1944cc, the inline four develops about 45 bhp at 3600 rpm. Not much now, and not too much then either. Just enough to propel this 1,200 kg machine to a top speed of 105 kph. Oh, wait, if it’s the colonial version, then 85 kph was more like it.

Not that I wanted to go that fast, but even if I wanted to, I could. That’s because after a long time, I was driving a vintage car that has the hydraulic brakes to match its performance (for whatever it was worth). The two-litre motor seems unbreakable like those FIRE units found in the die-hard Uno, only this is a little more noisy. Mated to a robust four-speed gearbox, with synchromesh on third and fourth, the Ardita, unlike other vintage machines, is quite simple to drive. You could, for instance, get into the Ardita from your Palio and be comfortable in an instant. What’s different however is that the driving position is high, like that of an SUV. Heck, no wonder there were no SUVs then, as the cars were like SUVs themselves, with their tall 17-inch wheels, high ground clearance and running boards too!   The gears, as mentioned earlier, fall perfectly and send enough torque to the rear wheels to move this tall mass around. Maybe the only crib I could find is that the gangly, long gear lever dangles in front of the front passenger’s face when in first or second. Forget the passenger, the three-spoke steering is large and almost frames your face like it were a portrait painting. The dash has several gauges labelled in nice sounding Italian (Olio! Benzina!) and several levers and buttons. One of the latter is a hill climb option that you engage when ascending an incline and the car slowly crawls its way up while you keep your legs free – no clutch, no brake, no accelerator required.

Though the road I was traversing was decent, the ride was quite harsh. That must have been something Fiat was unprepared for; how could the colonies have roads? The suspension setup is rigid axle with semi-elliptic springs and hydraulic shock absorbers all around. The Ardita actually hops around a little bit over surfaces. Perhaps with four more passengers inside, this would be alleviated to an extent.

The Ardita was considered the bigger brother to the famous 508 Ballila, which was an affordable entry level car to most Italians. While Bertone and Pininfarina started their careers designing bodies on Ardita chasses, this particular saloon had a new feature for the first time on a Fiat – a grille covering the radiator! Smart looking and slightly tilted, the grille and the long, louvered hood look damn neat – in fact, the aerodynamic era was just beginning in the form of the Chrysler Airflow, and later Fiat models would soon follow the new trend that’s with us to this day. And guess what, the doors open to reveal that it doesn’t not have a B-pillar – allowing for more space for entry and exit.

As I hop around little more in this Fiat, I realise there’s no Italian glamour associated with it. It’s just a plain Jane Fiat, yet it did so much to ensure that the manufacturer could chug along even in troubled times. Keep going, Ardita, keep going.