After making its debut at the 2014 Paris Motor Show in October, the new Volkswagen Polo GTI has now been launched in UK, with first customer deliveries to start from March 2015.  Priced from £18,850, the new Polo GTI is powered by a 1.8-litre turbocharged petrol engine that makes a potent 192 PS between 4,200 and 6,200 rpm (5,400-6,200 DSG). Compared to the outgoing car, the new Polo GTI makes 12 PS more and comes with a choice of six-speed manual or seven-speed DSG automatic gearbox. 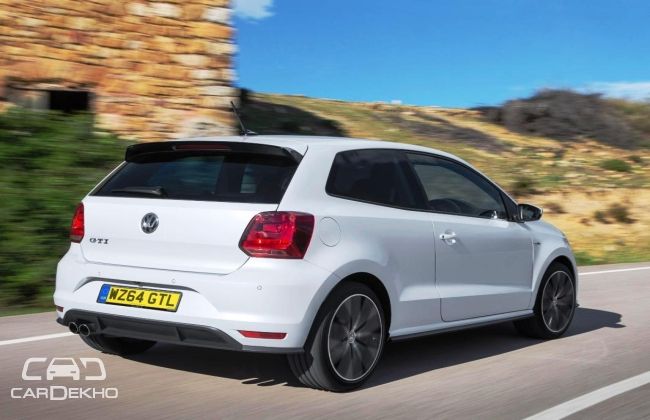 The Polo GTI differentiates from the standard Polo with new bumpers, GTI insignia, 17-inch ‘Parabolica’ alloy wheels, red radiator grille strips and honeycomb grille. Standard features include sports suspension (lowered by 10 mm at the front and 15 mm at the back), LED lights, GTI roof spoiler, taillight clusters in Dark Red, black grained diffuser, chrome dual exhaust pipes, leather sports steering wheel with logo, red stitching on the steering wheel, gear and handbrake levers and floor mats with red beading.  The seats get the check design ‘Clark’ cloth with black bolsters that have been a GTI emblem since the first GTI in 1976. 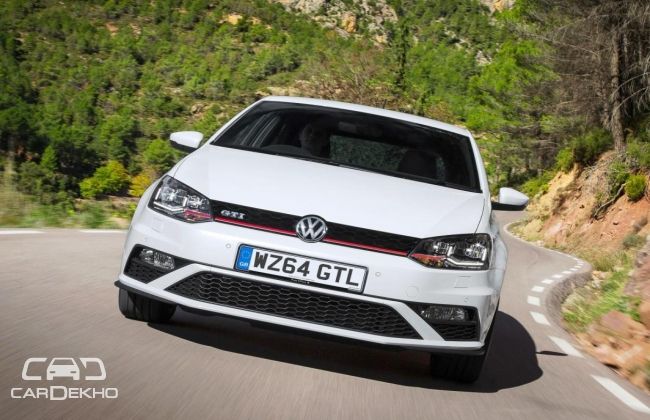 The Polo GTI comes with has ESC Sport (electronic stability control) adapted for track use. It works in two stages: first the traction control is switched off, then ESC Sport is activated which raises the ESC threshold and delays intervention (without ESC being completely deactivated).  Another standard feature is the XDS+, which compensates for the understeer that is typical of front-wheel drive cars. Customers can also fit the new Polo GTI with Sport Performance Pack with Dynamic Chassis Control as an option. This pack enables sportier steering, accelerator response and engine noise inside the car.