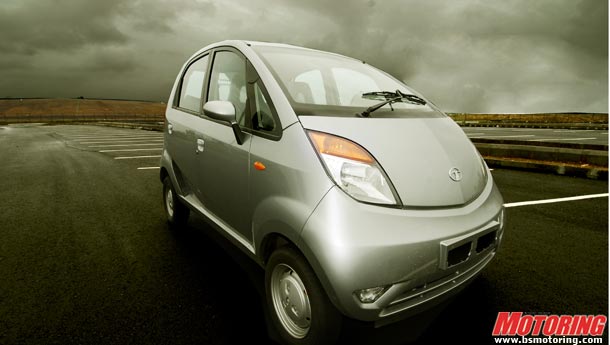 It was also sequentially higher than in March, when 8,700 Nanos were sold. These are wholesale numbers (dispatches to dealers) and not actual sales (purhased by customers).

The sports and multi utility vehicle segment, though, reported growth of 15 per cent at 3,843 units. The company recently added the Aria and Venture to the segment where it already sells Sumo and Safari.

Tata Motors exported 4,258 vehicles in the month, 36 per cent over the 3,137 units exported in the same month a year before.