General Motors today surpassed 1 million sales mark worldwide of its Chevrolet Beat, also known as Spark in foreign markets. Currently, the Beat is available in 71 markets worldwide, selling the most in South Korea, followed by the United States and Mexico. Since its launch in late 2009, Chevrolet has sold more than 1,78,000 Beats in India alone. While in the U.S. sales of the Beat are up 10 percent year to date. 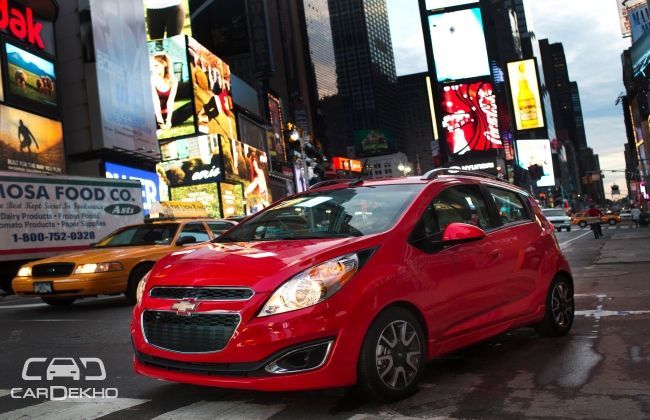 Speaking on the achievement, Arvind Saxena, President and Managing Director, General Motors India, said “Chevrolet Beat, the most fuel-efficient diesel hatchback in India, has been appreciated for its technology and is increasingly selected by young buyers both in India and abroad. And following its huge success in India, the Chevrolet Beat was subsequently launched in other parts of the world,”

GM India recently started export of the car from its Talegaon manufacturing facility to Chile in South America. More export markets for the India-made Beat are under presently under consideration. Earlier this year, Chevrolet sold its 3 millionth Cruze globally. Launched in 2008 globally, Chevrolet's best-selling saloon is built in 11 different manufacturing facilities across the globe and retailed in 100+ countries.

“Our small segment vehicles attract more new car buyers to Chevrolet than any other vehicles in the lineup, with more than 60 percent of buyers never owning a Chevy before,” said Alan Batey, Executive Vice President of Global Chevrolet.