Yen rise may cause more damage to Toyota than quake 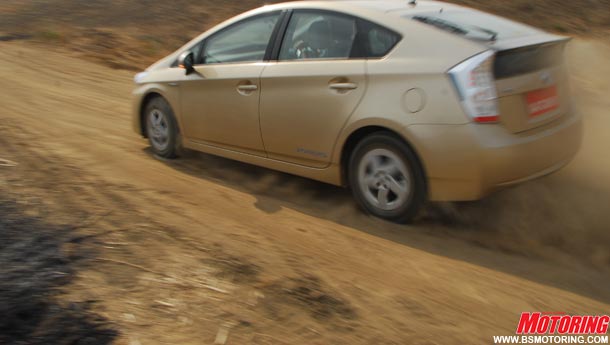 With few of their plants damaged by Japan's biggest earthquake, Toyota Motor Co, Nissan Motor and Honda Motor can limit losses once idle lines restart, but analysts say a post-temblor surge in the yen's value may be more damaging.

The most affected will be the world's largest automaker, Toyota, which still builds 38% of its vehicles at home, compared with a 24% of output at Nissan and 22% at Honda. Toyota ships more than half of its domestic output to overseas markets.

The direction of the Japanese yen over the next three to six months as a result of this catastrophe will also affect the profitability if Japanese automakers," Fitch Ratings said in a report.

The dollar has fallen 3% against the yen since the disaster and is now close to its all-time low. The dollar traded around 80.8 yen on Wednesday, just a yen away from its 1995 record low of 79.75.

Traders and investors are watching for signs of repatriation by Japanese investors and companies because after the Kobe earthquake in 1995, the yen surged to an all-time high against the dollar based on similar flows. So far though most traders have not seen repatriation taking place.

Toyota said on Wednesday that it would restart some parts production on Thursday but its main assembly plants would remain closed. It had not made a decision about when they would reopen.

Three days of production halts so far will reduce output by about 40,000 vehicles it said on Monday.

The company has also said shutdowns at suppliers would crimp the availability of parts at its manufacturing facilities.

It has cut over-time production at plants in Thailand and North America while it assesses the impact on supplies.

Honda on Wednesday reiterated its plans to suspend all production in Japan until at least Sunday. Nissan said output remains stopped at all four of its home car assembly factories and said it will consult with parts makers before deciding on a resumption. Nissan made 81,851 cars in January in Japan.

Goldman has estimated the profit impact of stopping production for one day would be about 6 billion yen ($74 million) for Toyota and 2 billion yen for Honda and Nissan.

Koji Endo, managing director of Advanced Research Japan in Tokyo, said plants were likely to start resuming production next week and should be back up to full capacity by the end of the month.

"Even if those companies lose say 100,00, 150,000 units until the end of March I think they can recapture that lost opportunity from April, so net-net, the impact is probably negligible."

Auto production in Japan is concentrated in central of and southern regions, with few big plants in the worst affected areas. Plant shutdowns could start affecting global automakers and parts suppliers within two weeks due to the integration of the industry.

A Hyundai Motors spokeswoman said Japan provides only 1% of the parts used in its cars.

"We do not see a major impact from Japan's earthquake because we have secured an inventory of one to two months," she said.

Hyundai and affiliate Kia Motors will be less affected by parts supply disruption from Japan than their US and European peers because they source most of their components from South Korean firms, Mo Se-jun, an analyst Hana Daetwoo Securities, said.

"It remains to be seen whether South Korean carmakers will benefit from the disaster as Japanese carmakers have a two-month car inventory," Mo said.

The Japanese parts makers which supply products to Hyundai were not directly affected by the earthquake because they are located in Osaka, Gobe, she said.

Amid a general rebound in stocks Wednesday, Toyota closed up 9%, with Nissan up 6% and Honda 3.9% higher.