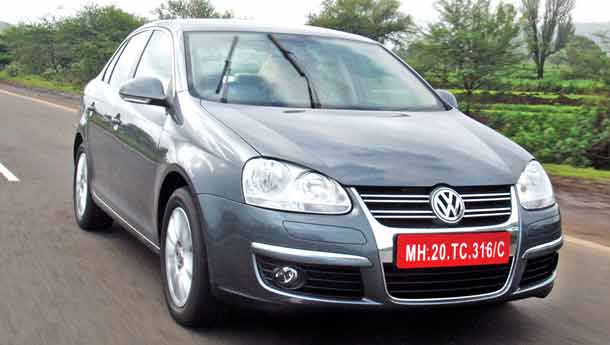 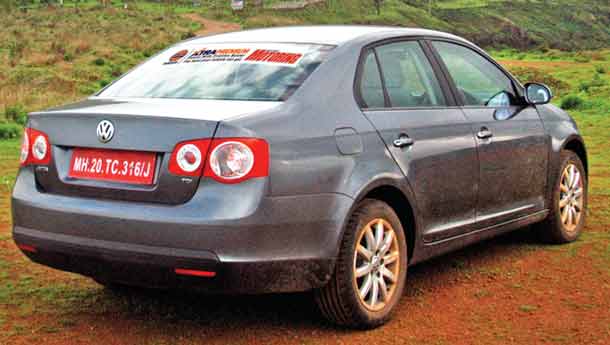 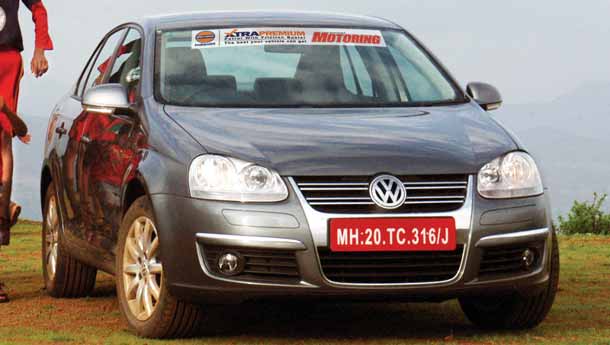 Just a month and a half before the Jetta launch in India, the uber-team that handles Volkswagen India operations decided to send Passat long-termers to almost all automotive magazines. You know, the Passat is a Rs 25 lakh car and it does not sell in large numbers as yet. In short, it is not a Hyundai i10 that the carmaker can capitalise in large numbers and send as long- termers to all magazines. So there had to be a method behind the madness that saw eight-odd cars being IMPORTED for the sole purpose of injecting quality into magazine test fleets. Now I know why.

Here I was at Mahabaleshwar at the night halt for the brief yet entertaining test drive organised by VW for the new Jetta. Assorted journos were exchanging notes and it went somewhat like this.
Q: So how’s the car? A: Nice, just like the Passat only.
Q: So, how was it? A: Hey good, this car is like a mini Passat, yaar.
Q: This car is like a Passat, no? A: Seriously man… actually, it handles better than the Passat. You get the drift, right?
And trust me, I am not making this up.

The Jetta is a diminutive Passat and that is exactly the message that VW wants to send to the prospective buyer. And I wouldn’t be saying that if I were not living with a Passat. Look at it, the grille, the headlamp, the tail-lamp, the profile, the features, the heavy door, the ride quality, the options list… down to the lock button and the key, the Jetta gets its DNA from its bigger sibling. So much so that if you carefully cover it in a warm blanket and give it some time, it will grow up to be a full-fledged Passat.   Before we go further, here is the dope on the model lineup. The Indian Jetta will be available in both petrol and diesel variants. The petrol powerplant is a
1.6-litre affair that is good for 100.5 bhp at 5600 rpm and 15 kgm of torque at 3800 rpm. Only one gearbox option is available with the petrol engine – a five-speed manual. Both engines are two-valve per cylinder affairs with the diesel getting a cast-iron block to handle bigger explosions while the petrol gets an alloy block. The diesel option is more interesting – the 1.9-litre TDI motor sends 103.5 horses to the front wheels through a DSG gearbox or a five-speed manual. It is as refined as the petrol powerpack and is almost as peppy too, thanks to 25 kgm of turning force available from as early as 1900 rpm. The diesel Jetta will be available in two trim levels – Trendline and the more upmarket Comfortline while the petrol version is available only in the Trendline trim.

What you need to read between the lines here is this – the Jetta is positioned as a classy European alternative to the Honda Civic and hence the petrol engine. The diesel though is going to be the staple model with serious competition coming from only the Skoda Laura. In case you have any doubts, take a look at VW’s pricing strategy. The petrol model comes for as little as Rs 12.97 lakh (all prices ex-showroom New Delhi) while the diesel models retail at Rs 14.22 and 16.67 lakh (DSG with eight airbags) respectively.So there, these are not inexpensive cars. While I appreciate the ride quality, build quality and dynamics, along with the safety features, I will certainly feel short-changed if I am given a 1.6 motor good for 100 bhp for an on-road price that tickles the Rs 14 lakh mark! Let us get behind the wheel and try to understand these machines better.

It does not take time to understand that it is the diesel version that makes supreme sense despite the price tag. The motive force for the car comes from the same unit that powers the Skoda Laura and with the Jetta being no less a car than the Laura, there is no point in pricing it below, right? The Pumpe-Duse engine is on the louder side but provides astonishingly linear power delivery and eagerness akin to petrol engines. The electric power steering is well weighted and it was fun to straighten the beautiful corners that make the drive up to Mahabaleshwar.

On the highway, the Jetta is a great cruiser and the manual can do the job as well as the pricey DSG-equipped version. Driveability in town (of the MT diesel) was better than that of the 1.6 petrol that needed frequent shifts from the manual box (nothing ratios suited for metro driving conditions cannot cure). The latter motor is not powerful enough to make the Jetta a fun car to pilot. But for a 100 bhp unit, it does a good job of hauling a fully loaded car (I had three passengers apart from me). So it is better than what you see on paper – this engine is almost as driveable as the 1.8 motor of the Civic if not as athletic overall.The diesel car, when whipped, can return sub-12 second 0-100 kph runs with the DSG box marginally quicker than the manual. The petrol overshoots that mark, though for more accurate figures we will have to wait for a proper road test. And in case you are wondering, ABS assisted braking (with discs all round) shed speed efficiently.   What is stunning is the ride quality on offer on bad roads and the how well it insulates the passengers from the reality that lies under the rubber. Suspension duty belongs to struts up front and a classic four-link rear setup. The diesel DSG version gets assistance from a stability programme. Add to that sharp turn-ins and composed cornering manners that can come from only heavy duty underpinnings, and you understand why VW cannot price the cars any cheaper. Add the 2+2-year or one lakh kilometre additional warranty for Rs 6,500 and Mr Sensible will just lap it up.

In short, the Jetta is in a league above the cars it is supposed to compete with. That applies to the price also. Fine as long as Hondas and Toyotas up their game with their replacement models. If they do that, you can expect VW to release a pocket friendly version of the Jetta that is bound to intensify the battle further. But before I forget, did I tell you that the new Jetta is almost like a miniature version of the Passat?