Vijay Mathur: An opportunity too big to be missed! 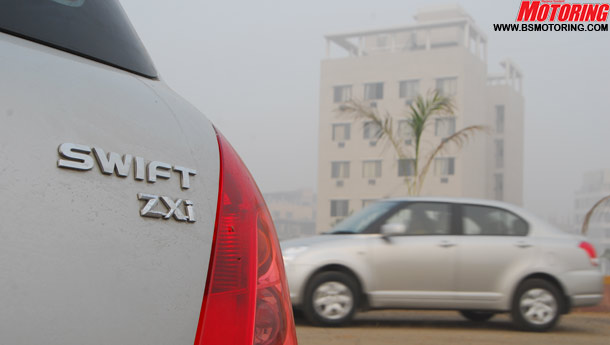 India has the opportunity today to do in aviation what it did in the automobile industry in the eighties and nineties. In those two decades, a whole new industrial sector at a much higher level of technology was created. Though the need for a small car for a mass, low-cost market was first proposed in 1958, it was Indira Gandhi who first brought about the change in mindset required to successfully induct Suzuki in a joint venture with a public sector company — Maruti Udyog. As the focused and decisive driver behind this project, she completely changed the earlier, outdated mindset, and then oversaw all the policy changes needed.

She offered Suzuki a 40 per cent stake in Maruti — a major shift in approach at that time. It is ironic that 28 years later, despite a much stronger economic base now, as well as ample evidence to support higher foreign equity in a whole host of sectors, we are still ambivalent on this issue.

The first thing Mrs Gandhi did then was to handpick a proven manager and give him the freedom and the confidence to push through all the policy changes needed, and then bring the project to fruition. In the process, she also enabled the creation of an auto ancillary industrial base that today earns the economy billions of dollars of foreign exchange, and has placed India at the forefront of technology in the global automobile world. In recent times, Delhi Metro and Sridharan have again demonstrated the success of such a model.

With the escalating demands of national security in a dangerous neighbourhood, the country now needs to replicate similar success in aviation manufacturing — defence as well as civil. In parallel with the growth in defence needs, the huge growth in civil aviation also creates a large market for aviation technology and services. Moreover, as our labour costs rise and capabilities become more sophisticated, our industry needs to move up the value chain.

The ongoing visit of President Obama, and the impending visits of Presidents Sarkozy and Medvedev underline that all the latest technologies needed are on offer. What we need to do is to choose wisely, and then facilitate their induction as quickly and efficiently as possible through their embedment here. Embedment in India is the key, and offsets are the way forward. What then does this involve?

First, we need to recognise that technology resides in the minds of technologists, not in a set of drawings. Therefore, we need to look for the best and quickest ways to create a whole set of world-class technologists who can bring us to the cutting edge of technology over the next decade, and then keep us there. This implies creating attractive career options for bright, young candidates in an organisation headed by an acknowledged manager who will guide the organisation over a long term. The only way to achieve this is to create dynamic organisations in this sector — large, medium and small-scale levels through leveraging our inherent entrepreneurial talent. HAL provides the immediate opportunity, but it will need to be empowered and enabled to do so.

For historical reasons, we have created a number of aviation R&D institutions that are distinct from, and independent of, any manufacturing base. We need to recognise that design and development experts have different skill sets from production and manufacturing technology experts. To produce a finished product on time, in budget, in the quantities needed, and most importantly, with the downstream customer support base in place, requires both teams to work under one corporate entity. Therefore, the type of organisations referred to above would unite both these streams.

Next, given the wide spread of technologies involved in aircraft development, there is need to spin off development and production of airframes, engines and avionics into separate entities — again on the lines existing in the major aircraft companies in Europe and Russia. This implies a significant restructuring and reorganisation of manufacturing majors like HAL, as well as creating many new organisations that should be joint ventures negotiated under the offsets programme.

Since the technologies and manufacturing capacities involved are both capital- and human-intensive, such organisations alone can nurture and support these activities consistently, and over the long term. Recruitment, career development and retirement cannot follow the conventional government/public sector model. Brilliant aircraft designers like Kelly Johnson of Lockheed or Mikoyan of MiG and the design teams they nurtured cannot be limited to and governed by standard service conditions.

As a logical extension of this, we must rethink the present investment models we use or else we will have a predictable mismatch between actual achievement and the urgently needed objectives and timelines.

Finally, the new capacity and capability must address both civil and military applications. That alone can overcome the uneven flow of orders that addressing only defence needs entails. The present restrictions on HAL, for instance, prevent existing capability from being adequately marketed and utilised by the civil aviation market. As past experience with HAL highlights, we hamstring it by not freeing it up to restructure and reorganise itself to meet the large and challenging needs of the future.

To conclude, it is equally important to understand that the huge opportunities that our present offset programme offers go well beyond HAL and its current vendor base. The crucial FGFA programme with Russia will need such a deep and widespread manufacturing base to support it, and if we do not act now, we will only jeopardise its critically needed success.

Will Mrs Gandhi’s successor as the driver of such an important national programme please stand up — the country, its industry and its defence forces are waiting?