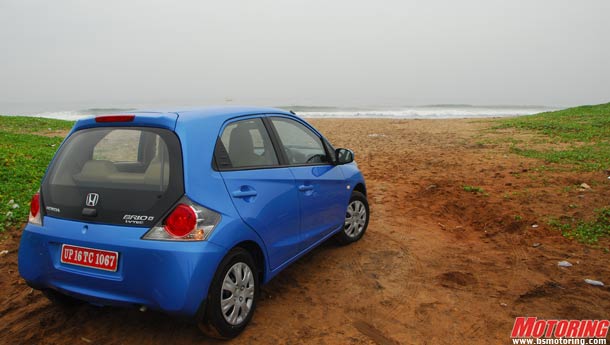 In 1995, the partners had set up their joint venture, Honda-Siel Cars India (HSCI), to manufacture passenger cars in the country.

Honda, according to sources in the know, wanted to raise over Rs 3,000 crore (till date it has invested Rs 1,620 crore in its Greater Noida plant) through an additional infusion of equity capital, to finance its aggressive plans of launching new small cars and diesel variants in the Indian market.

However, Shriram was unwilling to participate in this resource mobilisation, which would require Siel to invest commensurate cash to maintain its current holding, and preferred to call it quits by selling off its minority stake in the JV.

Though negotiations are on, there are clear differences between the sides on the valuation at which Shriram expects to sell the shares. A solution is expected in the next few weeks.

An HSCI spokesperson said: “Matters related to the partnership concern only the two partners and we have no information at this moment.” When contacted, Siel chairman Siddharth Shriram declined to comment on the issue.

Siel currently holds five per cent stake in the JV through Usha International Ltd. Its exit from Honda, when it happens, would be the sixth case of a Japanese auto company calling off its partnership with an Indian firm. And, some of those were quite acrimonious, with the exit taking place after a bitter battle — for instance, TVS buying out Suzuki in its two-wheeler JV and the government virtually pulling out of Maruti Suzuki after a bitter court battle.

In the recent past, Honda has preferred to chart its own course and has pulled out of its JVs. Just 15 months ago, it terminated its 26-year-old JV agreement in Hero Honda Motors Ltd with Munjals’ Hero Group, to go solo in the country. In 1998, it had pulled out of its JV with the Pune-based Firodias in Kinetic Honda, which manufactured scooters, after the company made losses. Earlier, the Japanese company had bought over Shriram’s stake in Shriram Honda Power Equipments, which manufactured gensets, for Rs 80 crore. The car project is the only venture in which the company has a minority equity partner.

Honda, which commenced sales operations in India with flagship sedan City in 1998, has seen its market share drop over the past decade due to increased competition from global players.

The company’s lack of diesel engines has only added to its cup of woes in the domestic market. Between April and February this financial year, its sales have declined a whopping 22.32 per cent to 43,411 vehicles.

Though sales were limited during the period due to constraints in supply of components from Japan and Thailand, HSCI’s volumes saw a drop even in the previous financial year. This was at a time when the overall automobile industry in India grew by a scorching 29 per cent to sell 2.52 million units.

The company only recently introduced its first small car, Brio, in October last year, after more than a decade of selling large cars in the country. HSCI’s market share has dipped to less than two per cent, whereas compatriot Toyota has raced ahead, selling over 136,000 units last year to become the fifth-largest car maker in the country.