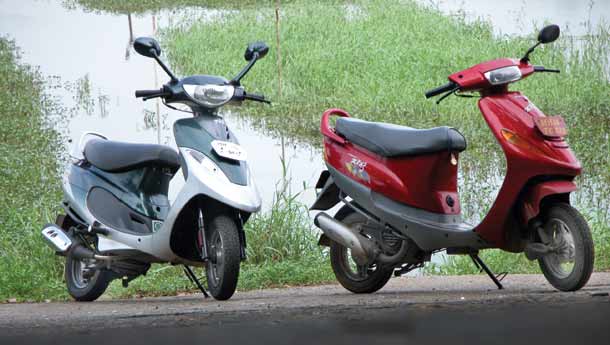 The Chennai-based auto major showcased latest such engines for 110cc scooter and a motorcycle, both likely to hit the market in the second half of 2013.

"We will introduce the scooter and motorcycle from the second half of 2013. Engine capacity will be from 110 cc. It has fully automatic gearshift and 20% better fuel efficiency compared to conventional technology, with significant reduction in carbon emission," TVS Motor Company (New Product Development) President Vinay Harne told reporters here.

Harne said TVS would also introduce these technologies on current models along with the new models of 2013.

He added that acceleration and initial performance would improve with new technology and the engine weight would reduce by 15%.

Noting that the company has filed many patents in India and abroad over the last six years to develop this technology, Harne said the automatic transmission engines would offer the same convenience as in Continuously Variable Transmission technology vehicles.

He did not share the road price, saying it could be higher compared to the existing rates.

Harne said TVS would offer variants in both manual and automatic transmission technologies in some existing models, allowing customers to choose their own vehicles.

Harne said the company has also increased the use of aluminium in engines as it would reduce overall weight.