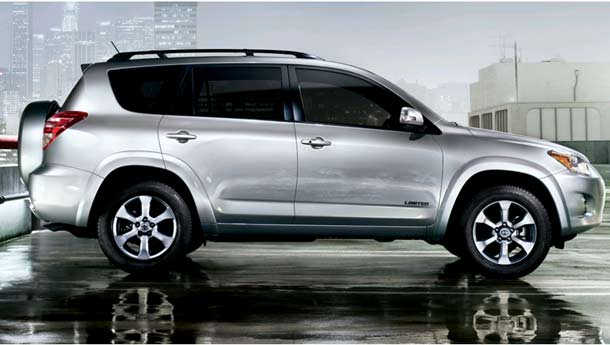 Toyota Motor Corp, racing to stem widening quality concerns, is halting US production and sales of eight models including its top-selling Camry and Corolla cars because of a component that led to a 2.3 million-vehicle recall.

“Toyota had a bulletproof reputation for quality, and now it’s been tarnished,” said Jim Hossack, an industry analyst at AutoPacific Inc in Fountain Valley, California. “It’s a dramatic move, and an expensive move.”

President Akio Toyoda is under pressure to restore Toyota’s reputation as competitors including South Korea’s Hyundai Motor Co narrow the gap with the Japanese carmaker in US sales and vehicle-quality surveys. Toyota fell in Tokyo trading, bringing its decline to 12 per cent since the company said on January 21 that it found a pedal flaw linked to unintended acceleration.

Last week’s announcement followed a record 4.3 million-vehicle recall two months ago, which was triggered by a 2009 US government safety review. That recall has prompted product- liability lawsuits against the company.

Toyota dropped 4.3 per cent, the most in eight months, to close at ¥3,705 on the Tokyo Stock Exchange. Honda Motor Co, Japan’s second-biggest carmaker, lost 1.6 per cent while Hyundai rose 0.5 percent in Seoul. Japan’s Nikkei 225 Stock Average declined 0.7 per cent.

Toyota said last week it would recall vehicles in the US and Canada because of a potential flaw in parts made by CTS Corp that could, “in rare instances, mechanically stick in a depressed position or return slowly to the idle position.”

Halting sales and production of some of Toyota’s best- selling US models may mean hundreds of millions of dollars in lost revenue, said AutoPacific’s Hossack, a former engineer for Ford Motor Co, Chrysler Corp and Mazda Motor Corp.

“Toyota needed to send a clear message they care more about their customers than monthly profits,” said Jeremy Anwyl, chief executive of Edmunds.com, a Web-based auto data service in Santa Monica, California. “The company has to get ahead of the problem.”

“On top of losing sales, stopping production means Toyota still has to deal with costs such as worker wages and depreciation,” Endo said. “The full extent of the damage depends on how long it will take.”

The announcements have fueled concern that rapid expansion by the Toyota City, Japan-based company in the past decade led to production and design glitches, risking its reputation for quality.

“Helping ensure the safety of our customers and restoring confidence in Toyota are very important to our company,” Bob Carter, group vice president of Toyota’s US sales unit, said in the statement. “This action is necessary until a remedy is finalised.”

Toyota is still investigating the cause of the pedal flaw and hasn’t determined a precise fix, said Brian Lyons, a company spokesman. Lyons and Toyota’s Goss said they couldn’t provide details of discussions with CTS or other suppliers.

“They’ll have a real challenge getting resupplied with the right parts from the supplier or new suppliers,” said manufacturing analyst Laurie Harbour Felax, president of Harbour Results Inc. in Berkley, Michigan.

“You’re not talking about something that can be fixed in a few days,” Harbour Felax said. “It’s going to require a lot of resources, a lot of engineering resources. It’s definitely going to have a significant impact on their fiscal earnings.”

Toyota said yesterday it may extend recalls to Europe, where models using similar pedal components have been sold.

Workers at the five plants, including Toyota’s lines in Kentucky, Indiana, Texas and Ontario, and a factory operated by affiliate Fuji Heavy Industries Ltd’s Subaru in Indiana that makes Camrys for Toyota, won’t be laid off as a result of the production halt, Goss said.